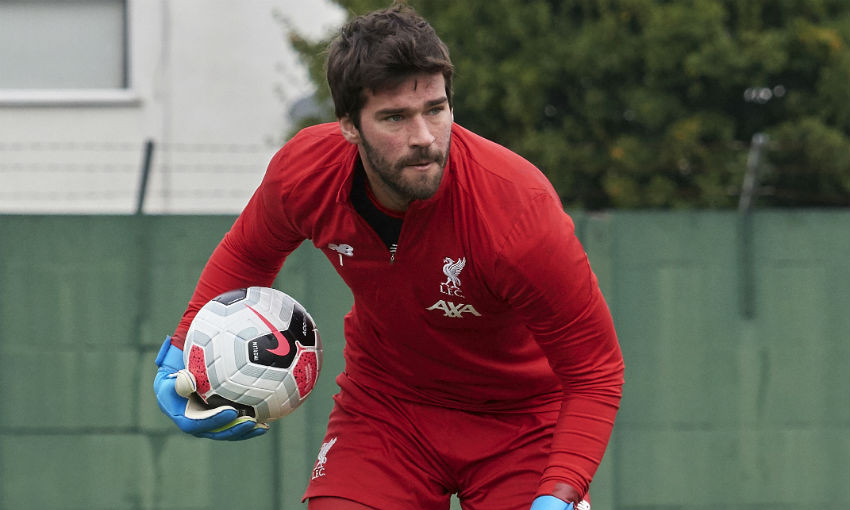 Alisson Becker has explained why he considers the 'mental side' to be the most crucial aspect of goalkeeping.

The Brazilian believes it's fundamental for stoppers to be 100 per cent locked in for the entire 90 minutes and prepare for every eventuality.

Such an approach has seen the 27-year-old pick up a host of individual accolades - including the The Best FIFA Men's Goalkeeper for 2019 - and become a Champions League winner.

"Over and above the technical and physical requirements, in which I think I have a high level, for me the most important thing is the mental side," Alisson told FIFA.

"It's essential for a 'keeper to be focused throughout the match. You can't relax for a minute, or it can be fatal. Therefore, what I work on most is my concentration."

On his practical preparations, he continued: "I really like to watch goals from all the leagues so I can analyse what I'd do differently in the same situation.

"I like to see saves too - I've always been very observant. I try to learn from what other players do right and wrong."

As a result of lifting the European Cup in June, Alisson is set to be part of the Liverpool squad that travels to Qatar in December to compete in the FIFA Club World Cup.

It's a tournament of special significance for the No.1 after he watched his former side Internacional lift the crown as a youngster.

"I'm excited about it," he added. "The club where I came through as a young player, Internacional de Porto Alegre, won it in incredible circumstances back in 2006.

"Along with the Libertadores, it's the biggest title the club has won in its history. Since then that tournament has been a goal of mine, and now, luckily, I'm going to have the chance to enjoy it."