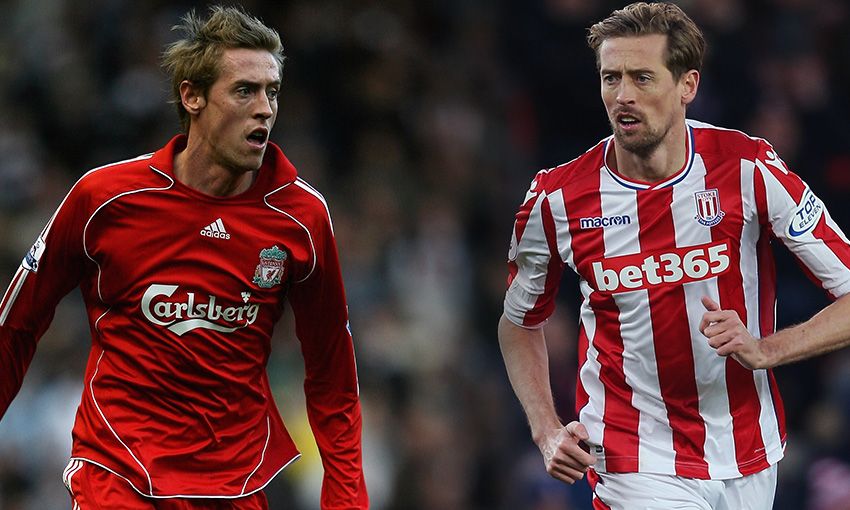 Liverpool take on Stoke City in Saturday's early Premier League kick-off and there will be a few familiar faces making a return to Anfield.

Four of the Potters' current squad used to play for the Reds and between them boast more than 500 appearances for their former club.

But the quartet are not the only players to make the switch between Liverpool and Stoke down the years.

We've looked through the history books and picked out 10 to have done so... 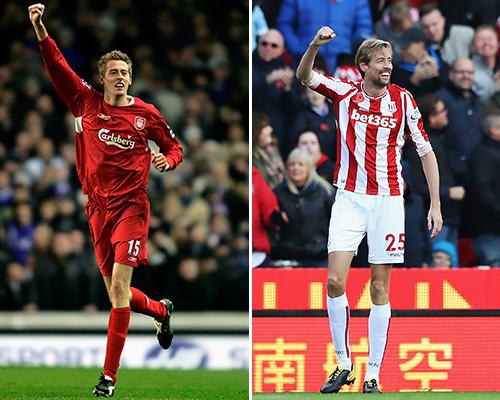 Despite taking his time to open his account for Liverpool after joining from Southampton in 2005, Crouch became popular with the Anfield faithful immediately.

The talented centre-forward scored a perfect hat-trick - left foot, right foot and header - as the Reds beat Arsenal 4-1 in 2007, and his stunning overhead kick in a 3-2 Champions League win over Galatasaray was voted into UEFA's top 10 all-time goals in European competitions.

After spells with Portsmouth and Tottenham Hotspur, Crouch signed for Stoke in 2011 and is still an important member of the Potters' squad at the age of 37. 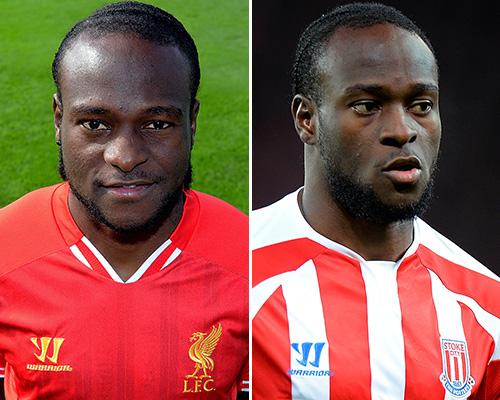 After signing for Chelsea in 2012, Moses spent season-long loan spells at both Liverpool and Stoke as he sought to recapture the form that once saw him talked of as one of English football’s big prospects.

Capped by England's youth teams, Moses opted to represent Nigeria at senior level and won the Africa Cup of Nations in 2013.

After spending 2015-16 on loan at West Ham United, Moses returned to Chelsea and was converted to a wing-back by Antonio Conte. He played 34 Premier League games as the Blues claimed the 2016-17 title. 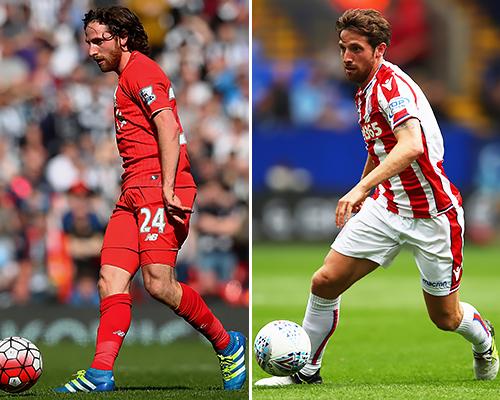 Allen followed Brendan Rodgers from Swansea City to Liverpool in 2012 and made 132 appearances across four years at Anfield.

He joined Stoke in the summer of 2016 and remains a vital member of the Potters' team. 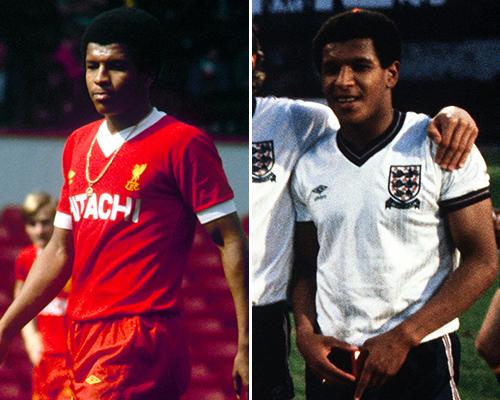 Gayle's shining moment for Liverpool came when he ran Bayern Munich's defenders ragged in the second leg of the European Cup semi-final in 1981.

The Scouser would play just five games in total for the Reds, but was on the bench for the European Cup final in Paris as Liverpool went on to beat Real Madrid after overcoming Bayern.

In April 1987, he returned from a spell in the Major Indoor Soccer League with Dallas Sidekicks to join Stoke in Division Two. 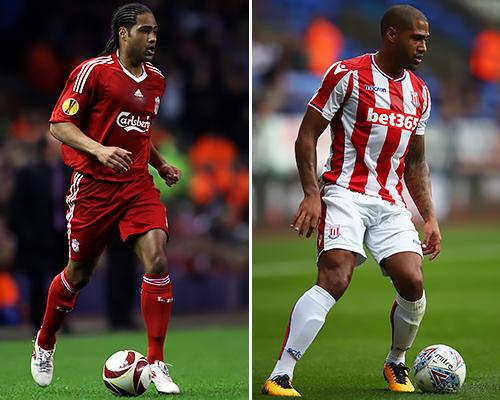 Johnson signed for Liverpool from Portsmouth in 2009 and marked his home league debut with a goal and an assist in a Man of the Match performance against Stoke.

The England international’s forward forays remained a trademark of his six seasons at Anfield.

He left to join Stoke in the summer of 2015 and made his Potters debut against the Reds on the opening day of the 2015-16 season. 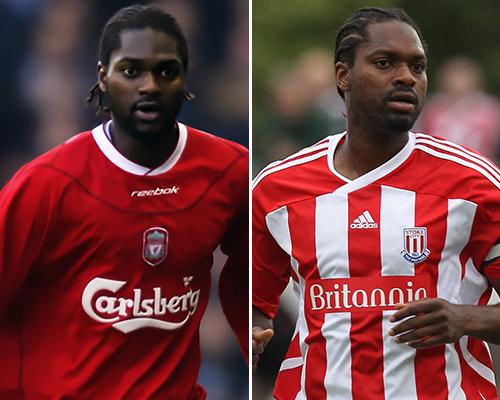 Diao was signed by Reds manager Gerard Houllier after impressing at the 2002 World Cup with Senegal.

After a successful spell on loan with Stoke, Diao joined the club permanently in 2007 and stayed for five years. 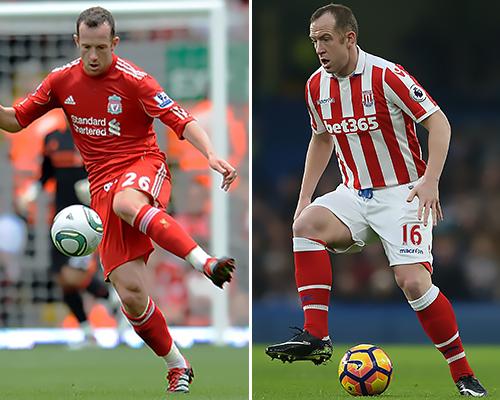 Adam arrived at Anfield in 2011 after starring in Ian Holloway's entertaining Blackpool side following their promotion to the Premier League.

He was part of the Liverpool team that won the 2012 League Cup and joined Stoke later that year. He is still at the bet365 Stadium. 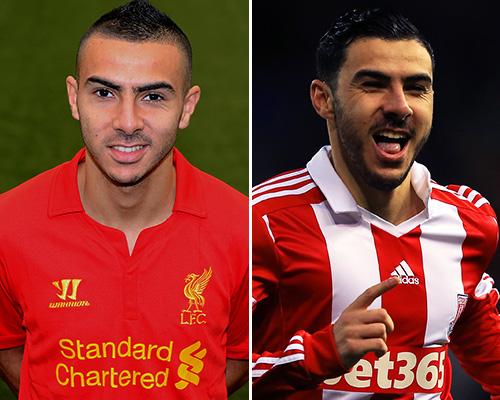 Assaidi arrived at Anfield in 2012 from Dutch club Heerenveen. He made 12 appearances in his debut campaign and then spent one-and-a-half seasons on loan at Mark Hughes' Stoke before being sold to Al-Ahli Dubai in January 2015. 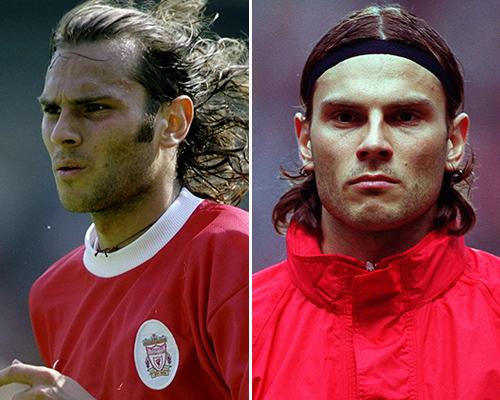 Berger arrived at Anfield following his outstanding displays with the Czech Republic at Euro 96 and his explosive long-range shooting quickly made him a Kop favourite.

He made 196 appearances for the Reds, scoring 35 goals, and provided the assist for Michael Owen's winning goal in the 2001 FA Cup final.

He went on to play for Portsmouth and Aston Villa and spent a brief period on loan at Stoke during the 2006-07 season. 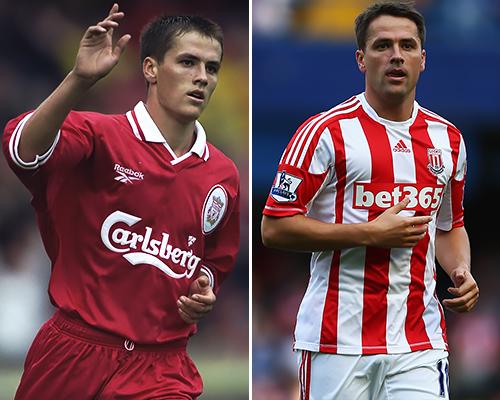 Owen burst on to the scene for Liverpool in 1997, scoring just 16 minutes into his debut. Within a year, he'd had become one of the hottest properties in world football, due to his brilliant goalscoring record and an incredible strike against Argentina at World Cup 1998.

Owen joined Stoke in 2012, in the final move of his career, and made nine appearances for the Potters. His time with the club included the 150th Premier League goal of his career.

How Sadio Mane has united Senegal behind Liverpool