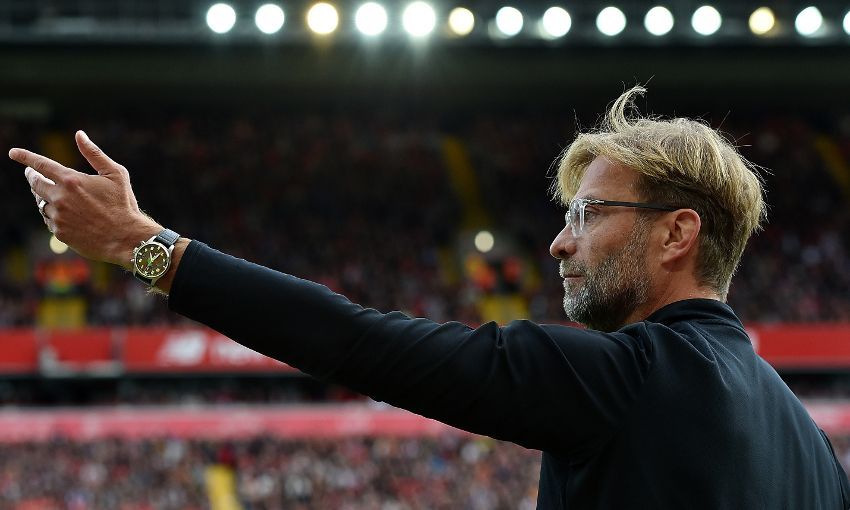 Jürgen Klopp will join in with the tributes that are made to Kenny Dalglish ahead of Liverpool's clash with Manchester United today as he insisted: 'We're all grateful for what he's done for this club'.

After the Centenary Stand was renamed in honour of the legendary Scot, a series of homages will be paid to the 66-year-old.

And Klopp has explained how in his two years on Merseyside so far, he’s come to understand just how much Liverpool FC means to Dalglish.

In a special edition of 'This is Anfield', Klopp writes: “I was privileged to have been in the room with Kenny on the day our owners told him they wanted to make this special recognition of his unique place in Liverpool's history, present and future. Kenny was – what I am led to believe from others who know him so much better than I could ever claim to – typical Kenny. Humble, low-key, humorous and very gracious.

“What becomes crystal clear when you are lucky enough to spend time in his company, is that Kenny puts everyone else ahead of himself. You can tell the most important people in his life are his amazing wife Marina and his children, the grandchildren, then his close friends. But this football club also means everything to him.

“When he talks about Liverpool FC he speaks with the affection of someone talking about a family member. I love this. For someone who has given so much to Liverpool, the club and the city, he will stop you if you try to say anything like this and instead talk about what the club and city has given him instead.

“I haven't spent as much time in Kenny's company as I would like. But he is always sending me supportive messages and those messages, particularly at difficult times, make a big difference to me personally as the manager of the club. It's still quite surreal to get messages from Kenny; he is an icon. But these messages are so real and full of passion and feeling. It says everything that he will always have the best interests of the team and club flowing through his veins. His actions are those of a person who really cares about this club. He sees Liverpool as family and is protective of us in the same way.

“I hope today he takes some time to allow others to recognise and celebrate him and his achievements and his contribution. I hope he realises that – be it a supporter, a teammate, a player, a colleague, an owner or board member, or a tall German guy lucky enough to have been invited to follow in his footsteps – we all appreciate what he has done for us and continues to do.”

Pick up your commemorative Kenny Dalglish edition of ‘This is Anfield’ featuring tributes from Jürgen Klopp and Jordan Henderson, as well as an exclusive interview with the man himself, at the stadium today or online by clicking here.