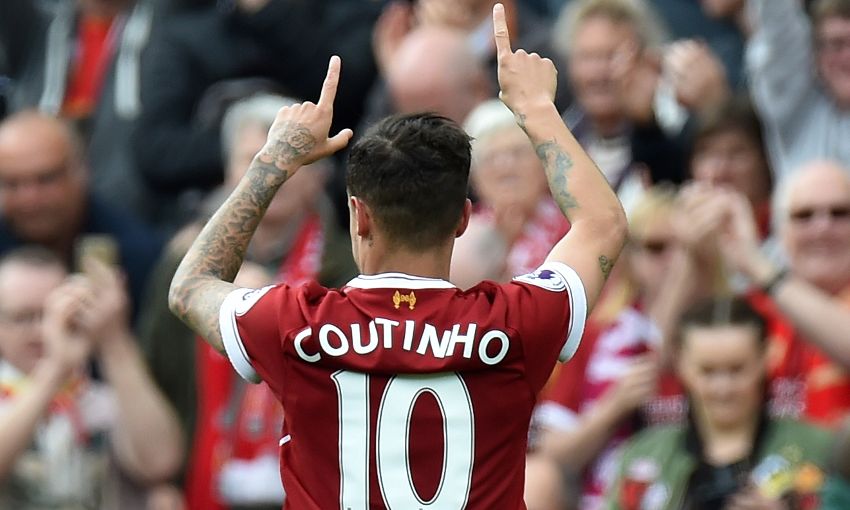 Luis Garcia is relishing the prospect of watching Philippe Coutinho take his precocious talents into Europe next season and aiding Liverpool's Champions League campaign, should they progress.

Having secured a fourth-place finish in the Premier League, the Reds will ensure a berth in the competition proper if they successfully navigate a two-legged qualifier in August.

Key to sealing that leading-quartet spot was Coutinho’s outstanding end-of-season form, in which he scored seven goals in nine games to end the term as the top scorer for Jürgen Klopp’s side.

“He was very good at the beginning of the season and after a couple of injuries, we missed him very much,” Garcia said of the No.10 during conversation with Liverpoolfc.com.

“He arrived fresh at the end and showed what he is capable of – amazing goals, tricks, flicks, every kind of fantastic play, giving the team the extra that is needed against difficult teams who play compact at the back, very deep, with no space in between the lines.

“You need to have that pass that is perfect – not long, not short, the perfect speed at the right angle. He is one of the best in the league. He showed it with the pass that no-one was expecting to Sturridge [at West Ham]. He is one of the most important players for the team and he showed it at the end of the season.

“He is one of those who can make the difference for a team, it doesn’t matter what team. We are lucky to have him. I would love to see him play in the Champions League next year.”