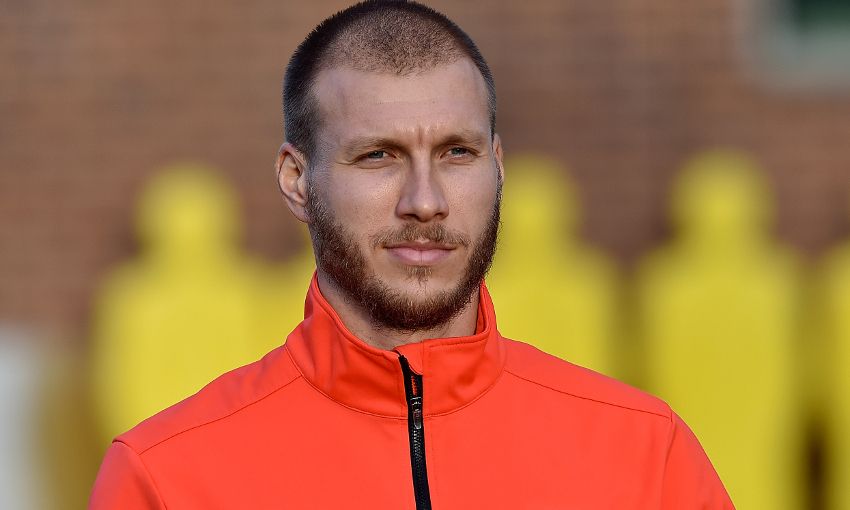 A refusal to be satisfied with his own form keeps Ragnar Klavan honest when it comes to assessing his opening six months in English football.

The unassuming centre-back has made an effective start to life with Liverpool since making the switch from Bundesliga side FC Augsburg during the summer.

After a series of intermittent appearances, Klavan has been called upon to start each of the past five games – including hard-fought 1-0 victories against Everton and Manchester City.

A frustrating afternoon unfolded at Sunderland on Monday, when Jürgen Klopp’s team conceded two penalties to twice surrender a lead in a 2-2 draw at the Stadium of Light.

But once the disappointment of that result begins to subside, Klavan will take up the task of examining where improvements can be made – just as he always does.

“I’m never satisfied with my performance – I always want more,” the Estonian told Liverpoolfc.com. “That has always been [the way] for me throughout my career, something that keeps pushing me forward.

“After every game, you find a lot of things you can improve. You take those things into the next week’s training and start working on them. It’s nice to always move forward.”

Part of that process is gathering a greater understanding of the intricacies of the Premier League and how defenders can gain an advantage over opposition attackers.

“In every training session, you try to get used to it,” said Klavan.

“And not only training, the games as well. There is a little bit more allowed in this league, from the referees, than I’m used to.

“This is something that takes a little bit of time, that as a central defender you are allowed a little bit more. That’s the style of English football. Slowly, I’m getting there.”

In an era of big-money transfers, Klopp’s swoop for Klavan – like that to bring fellow centre-back Joel Matip to Liverpool – has proven smart business.

“If the manager says you are the right guy and you have a chance for Liverpool, then I think I’m the right guy,” the No.17 reasoned.

And with Klavan and Matip bolstering a pool of central defensive options including Dejan Lovren and Lucas Leiva – with Joe Gomez’s return to come, too – the competition for places is more motivation.

He added: “That is something nice and helps us all to get better. And it helps the team, especially, because it is a team performance and we always want to have the best team out.

“This is how you get the best result. It’s positive and good, everybody has to be on their toes and keep on working; nobody can slouch back and say they have made it.”

Hear more from Ragnar Klavan about adapting to England and his time with Liverpool to date in the latest episode of #LFCWORLD, on LFCTV and LFCTV GO from Friday.