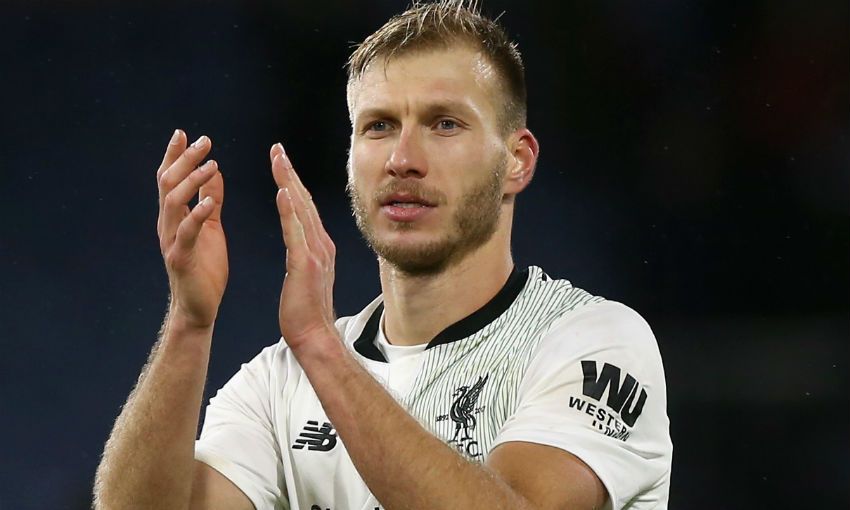 Ragnar Klavan expects AS Roma to be wary of Liverpool’s attacking potency on Wednesday, but the defender has warned that the Reds must be at their 'best level’ to seal a place in the Champions League final.

Last Tuesday’s 5-2 first-leg victory at Anfield means Klavan and his teammates travel to Italy this week in command of their last-four tie.

Jürgen Klopp’s side have played 11 times in the Champions League proper this season without tasting defeat, while their tally of 38 goals scored makes them comfortably the tournament’s most prolific outfit.

Their fearsome attacking reputation is bound, therefore, to play on the minds of Roma, who head into the second leg knowing they must score at least three times to stand any chance of progressing to the final, Klavan feels.

However, there will be no sense of complacency in the away dressing room at Stadio Olimpico.

“Of course, of course,” Klavan told Liverpoolfc.com, when asked if there is confidence among Liverpool’s players that they can score in Rome.

“For them it’s the same. Of course they are aware of the fact that we are so deadly and powerful up front and they have to also think about that. But if we are on our toes, on our best level, we have a great chance to go to the final.

“We are such a good team and we have one game left so we have nothing to be scared of if we play our own game the way we always do. This is a really good position.”

A devastating burst of unstoppable attacking play saw the Reds surge into a 5-0 lead during the first leg, before Roma struck back through Edin Dzeko and Diego Perotti late on.

The Serie A side, of course, were also three goals behind following their quarter-final first leg and duly overturned that deficit in a remarkable game against Barcelona at the Olimpico.

And their impressive response in the closing stages at Anfield, coupled with their fightback versus the Spanish champions, provides Liverpool with a ‘warning’ they need to heed, Klavan explained.

“They play at home and with their home crowd behind them, it’s going to be a crazy Champions League semi-final,” the No.17 said.

“But we are ready for it and we trust our own qualities, so we should be able to cope with it.

“You always have to give your best in every situation, even when it feels like we have the easier job to do than they have. It doesn’t matter, there’s still the second game to go and they showed against Barcelona how strong they are.

“Those are all big warning signs for us that we really need to be at our best level, otherwise it’s not possible to go to the final.”