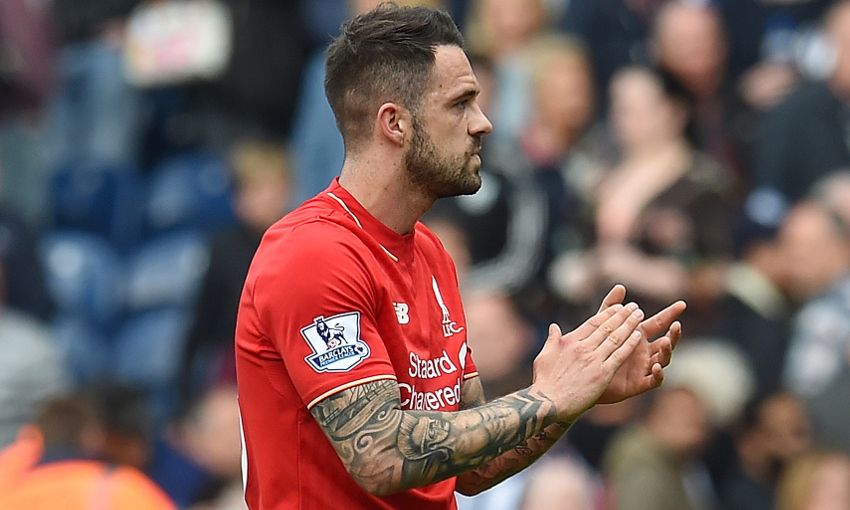 Videos: The West Brom final day in action and reaction

Danny Ings has spoken of his immense gratitude to Liverpool fans, his teammates, Jürgen Klopp and the Melwood medical team for their collective support during his rehabilitation from injury.

The striker returned to the action as a 64th-minute substitute during the Reds' 1-1 draw at West Bromwich Albion on Sunday to make his first appearance since October 4.

Having enjoyed a bright start to his Anfield career following a move from Burnley last summer, Ings suffered an anterior cruciate ligament injury in Klopp's first week as Liverpool boss.

The 23-year-old was set to miss the remainder of the campaign; however, after seven months of tireless rehabilitation work at Melwood under the guidance of the club's medical team, he was able to make his comeback at the Hawthorns to the sound of the travelling support singing his name.

It was a poignant moment for Ings – and afterwards, he was eager to express his appreciation to all those who have helped him back onto the pitch.

He told Liverpoolfc.com: "It's hard to put into words how much this afternoon meant to me, but it's important to say thank you to the people who made it so special and made it happen.

"The supporters were unreal, absolutely out of this world. I didn't expect them to sing my name after I've been out for that long, but it made the hairs on the back of my neck stand up and made me realise just why this place is what it is.

"I also want to thank my teammates for everything they've done for me while I've been battling to get back to full fitness. The atmosphere at Melwood is brilliant and we've got a dressing room of lads who get behind you and drive you on. Without them, the rehab would have been so much harder. Joe Gomez in particular has been with me throughout this and for a young lad, he's been immense.

"Of course, not just for putting me on today, but also for how he's been since he's come in, the gaffer has been different class. He's been supportive all the way through and I can't wait to repay the faith he's shown in me, even while I've not been available to help him on the pitch.

"Finally, I need to thank two hugely important groups of people: the Liverpool medical team and my family and friends.

"The medical staff at Liverpool are world-class and have got me ‎back quickly and in one of the best conditions I've ever been in in my career. I want to give a specific mention to Matt Konopinski, who's been with me nearly every day since the injury happened. I owe this guy a lot and will always be grateful for what he's done.

"In terms of family and close friends, being injured can be a very lonely experience. I've been through this before, but for a variety of reasons this one was difficult to take. I'm not going to embarrass people by naming them specifically, but they know who they are and they know how important they are to me.

"Getting back on the pitch at West Brom was brilliant, but it's only the start. I know I'm going to have to keep working harder and harder each day to remain in contention at this great club. It's something I'm really looking forward to."