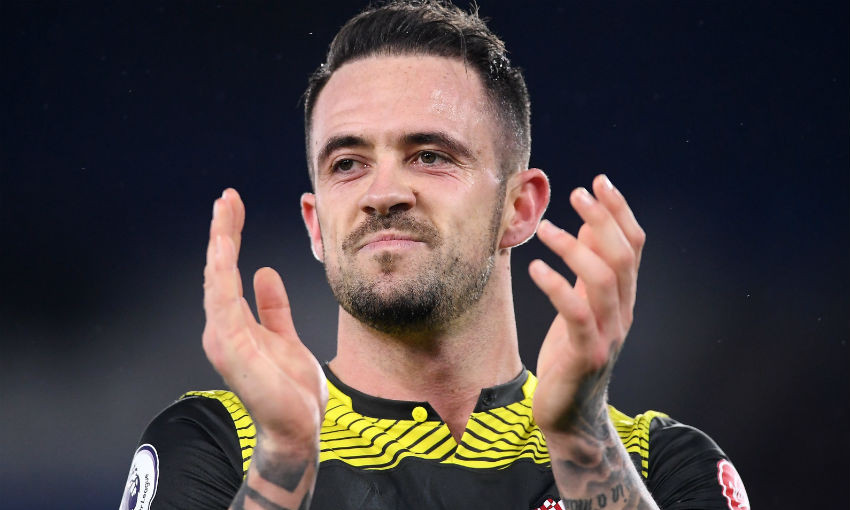 Danny Ings’ prolific form for Southampton this season has delighted Jürgen Klopp and everyone at Melwood.

The ex-Liverpool striker returns to Anfield with Saints on Saturday boasting an impressive record of 14 goals in 24 Premier League appearances in 2019-20.

Ings spent three years at Anfield before leaving for St Mary’s Stadium in the summer of 2018 and, ahead of the weekend’s game, Klopp spoke glowingly about a man who was a universally popular member of his squad.

“Everybody in this building is so happy about the situation of Danny. Even if he is not anymore, he is still ‘our boy’, kind of, and we all follow each step of his career,” the boss told the media at Melwood.

“We are celebrating goals he scores - that will be different tomorrow obviously, but apart from the games against us we couldn’t wish him better than we do. He is such a wonderful person.

“We had an intense time here together, unfortunately there was not enough game time involved for I think some good reasons and the decision he made, going to Southampton, was a perfect decision.

“There as well he needed a little bit of time to get rhythm back, but now he is on fire, like the whole team actually, the turnaround they make is exceptional. But for Danny really, we couldn’t be more happy and we’re really happy to see him tomorrow again. Of course we wish him all the best, the best season of his life, but not tomorrow.”

Earlier this week, Ings paid tribute to the medical staff who helped him through two lengthy periods of injury rehabilitation during his time on Merseyside.

Klopp continued: “I can remember it, but I have to say that’s what these people do with every player, that’s how it is. But with Ingzhi, he is a very likeable person and is very staff-orientated, [he had] a very good relationship with all the staff members so yes, they created a special relationship.

“I came in in October 2015 and Ingzhi got injured in my first session which is obviously not a good start and from this moment on all people in the medical department worked their socks off to make it happen again, and then he came back and got injured early again.

“For sure in these moments everybody has little ups and downs, but seeing him now just performing like this consistently is just wonderful, just really nice to see because after all the things we thought, now he is there and is close to going back to the English national team and stuff like that.

“The goals he scores are exceptional, the chances he has or creates himself are exceptional: the half-volley, quick decision-making, chest, bam - it’s Ingzhi. We all saw these situations but in the end when he was fit he couldn’t get enough match time because of the quality of the squad we have.

“Seeing him now, how I said it feels a little bit still like he’s ours, but we know of course he is not.”