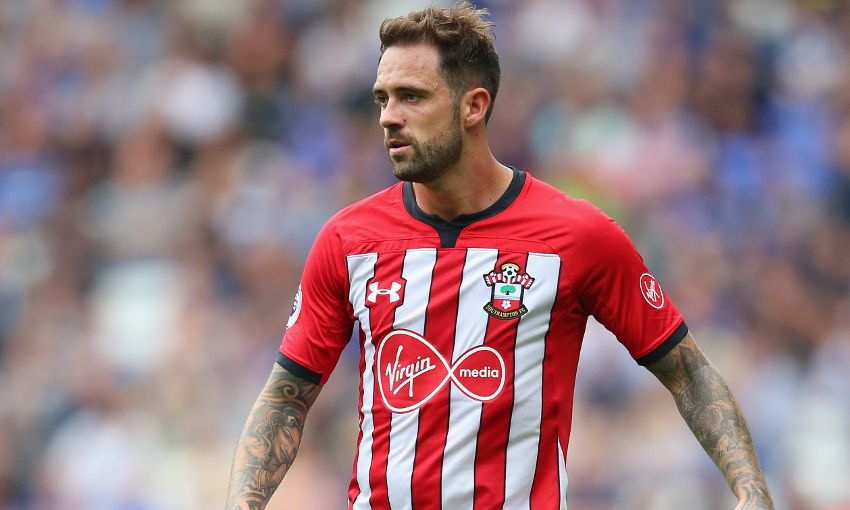 Joe Gomez has been keeping a keen eye on Southampton’s results in the past few weeks, hoping to send a WhatsApp message at the conclusion of them.

Like the rest of his Liverpool teammates, the defender is desperate to see Danny Ings succeed at St Mary’s after the forward joined his hometown club initially on loan in August before the deal becomes permanent next summer.

So far, Ings has scored three goals for the Saints – and each time, he’s received a text of congratulations from Gomez afterwards.

“He is back at home and enjoying his football,” the No.12 told Liverpoolfc.com during a chat at Melwood.

“When he scores and stuff, I drop him a message to say congrats. He is someone that I will keep in touch with going forward, definitely.”

The pair struck up a close friendship during Ings’ time at Liverpool, particularly when they both undertook rehabilitation programmes side-by-side after sustaining long-term injuries in October 2015.

However, there’ll be no reunion this weekend when Southampton come to Anfield on Saturday, on the pitch at least. The fact Ings’ move is initially on loan means he is ineligible to feature.

Gomez continued: “Danny is a great player, a great guy and a massive threat. They have other threats up front and throughout the whole team, so it’s not to say that because Ingsy isn’t playing it’ll make it an easier game, but obviously having trained with him for so many years and knowing what he is capable of, I know he’s a top player.

“He is showing that this season, he’s scored three goals now and everyone here is buzzing for him. Especially me; I am just happy to see him playing and enjoying his football, because that is what he deserves.

“He worked so hard to get back into this position to be playing football week in, week out. Like me, I am sure that’s something he’ll be appreciative of and hopefully it continues.”

Southampton head into the weekend in 13th position in the Premier League table having picked up five points from their opening six matches.

And while Liverpool may be favourites to extend their winning run, Gomez knows nothing can – or will – be taken for granted by the Reds.

“They’re going to be hungry to get a result – anyone who comes to Anfield sees it as a chance to try and make a point and beat one of the best teams. It’s going to be tough, but it’s about continuing the momentum. And mentally as well, not thinking, ‘well, we beat PSG…’ because this will be a completely different game and we’ll have to apply ourselves well to try and get the result.

“It’s another test – week in, week out there’s no rest in the Premier League. You can’t dwell in any game because you can be surprised at any point. We have to be ready and that’s what we will try to do.”