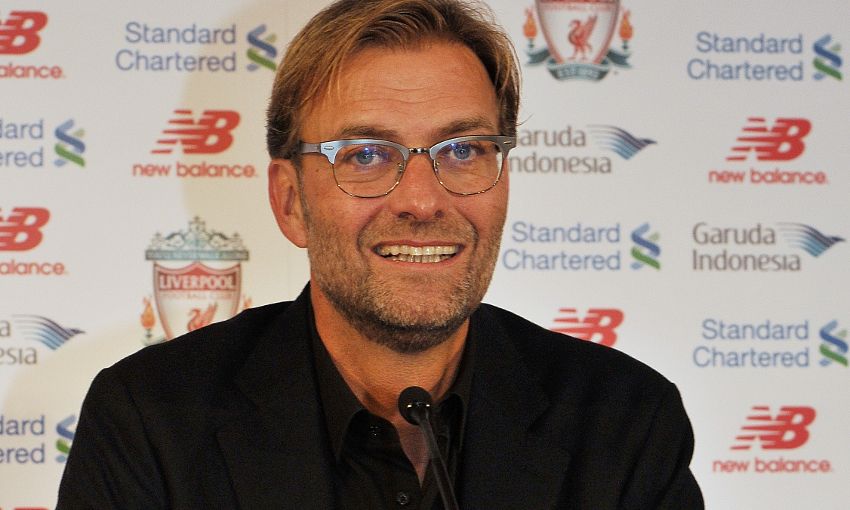 The 48-year-old was confirmed as the new Reds boss last Thursday night and spoke to a scrum of world media inside the Centenary Stand the following morning.

Klopp’s gregarious nature during the briefing – and his first official interview with the club – has made an immediate positive impression on the press and supporters.

Lallana tuned in too and saw plenty to be anticipated for once he has completed his current international commitments with England.

“I am excited, very excited, to work with the new manager,” the midfielder said of Klopp, a two-time Bundesliga title winner.

“I have obviously got one more game with England and I am fully focused on it, but I am excited to get back to the club afterwards.”

Lallana has made seven appearances in all competitions so far this season, his second at Liverpool, and contributed two goals.

The No.20 has previously acknowledged the importance of this campaign for him personally and hopes an injury-free run can help.

He added: “Of course it is a big season. Last year was frustrating.

“Even the beginning of this season was frustrating, picking up yet again another injury. I am working really hard to keep fit because I feel if I stay fit, then the club will see the best of me.”

Get closer to Klopp with exclusive behind-the-scenes coverage from the manager's opening days at Liverpool on LFCTV and LFCTV GO: liverpoolfc.com/watch