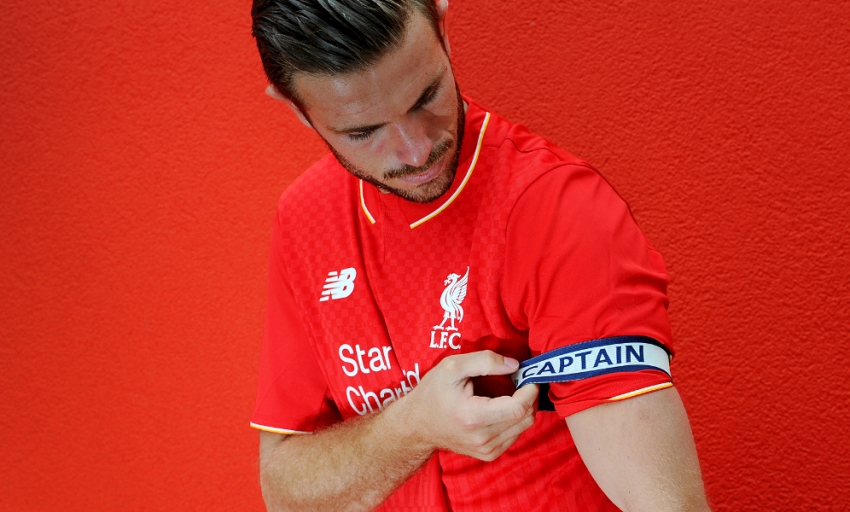 The Reds midfielder takes the armband permanently as he prepares to begin his fifth season with the club and head out on tour to Asia and Australia this weekend.

He said: "I'm absolutely delighted and proud. It is a great honour and a huge privilege to be named as the captain of this football club.

"When Steven [Gerrard] wasn't in the team last season, I tried to do the best I could when I stepped in and took the armband. Now I'll be looking to carry that on and continue to grow as a captain.

"I'll look to give my best all of the time, put the team firmly first and try to give them - or help them with - whatever they need from me."

Henderson arrived at Anfield in June 2011 and has clocked up 186 appearances in establishing himself as an important figure in Brendan Rodgers' squad.

The 25-year-old assumes the role following the departure of Gerrard earlier this summer after his 12-year stint as Liverpool skipper.

Having been appointed vice-captain last September, Henderson deputised for his fellow Englishman in 2014-15 and has led the team on 19 occasions to date.

Outlining why the No.14 was his choice, Rodgers highlighted his dedicated approach to the duties required both on and off the pitch for the Reds.

The manager explained: "Jordan is someone who leads through example - through his actions, attitude and application. He shows total commitment to the game and is a role model professional.

"He is also greatly respectful of the great traditions associated with being Liverpool captain and the responsibilities that come with it. He has been blessed to learn first-hand from one of the greatest the club has ever had, in Steven Gerrard.

"Jordan has grown as a person and as a player since arriving at Liverpool and is ready to take up this challenge. He will be his own person, with his own style of leadership and his own ideas and methods."

Such faith demonstrated in Henderson by Rodgers over the last three years is something the midfielder is eager to repay.

He said: "I've always said the manager has been brilliant for me. He's improved me consistently in every aspect of football, including off the pitch, and still is - I'm still learning from him.

"I'm very grateful for what he's done for me and the faith he's shown in me, and I'll try to repay him as best I can by doing my best for the team - I'll always put them first."

In operating as Gerrard's understudy for a season, Henderson feels he garnered plenty of knowledge from the 35-year-old's leadership and has naturally tried to use that to enhance his own game.

However, he's well aware of the importance of having the conviction to make his own decisions for the benefit of his teammates.

"I've learnt a lot off Stevie and how he conducted himself as the captain of this club both on and off the field," said Henderson. "You'll always learn from top players - and Steven was exactly that.

"I'll use what I learnt from him to help me, but I also have to do things in the way I think is right.

"I'll carry on from what I was doing last season and I'll also try to take on more responsibility for the team and my teammates. We all have the same goal - and that's to bring success to this club and our incredible supporters."

Jordan Henderson: We'll take the knock and react in the right way