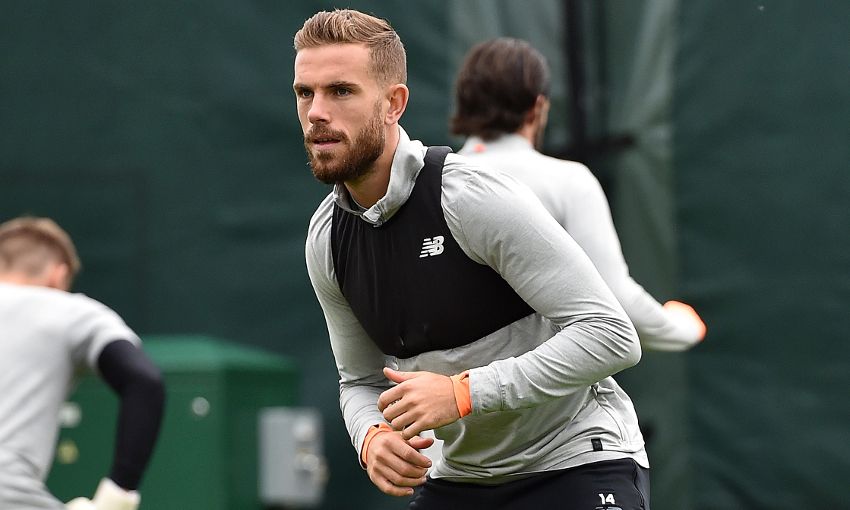 'The hard work begins again now.' That's the message from Jordan Henderson as Liverpool prepare to open up their Champions League group-stage campaign against Sevilla at Anfield tonight.

The captain feels it’s fitting the Reds should face the La Liga side in their first match back in the competition proper as it highlights the progress Jürgen Klopp’s team have made since their last meeting.

That, of course, came in the Europa League final of 2016 when Sevilla ran out 3-1 winners over Liverpool in Basel.

Henderson writes in ‘This is Anfield’: “In a funny way it’s quite fitting that our first opponent back in the Champions League proper is Sevilla FC. I don’t like remembering that final in Basel, because it was one of my lowest moments in football, seeing the club lose such an important game. But heading into tonight it does serve to emphasise the progress we as a team and club have made since then and continue to make.

“Losing that final meant we didn’t have any European football the next season. I remember being gutted that Liverpool and our supporters – and us as players – would have to watch the Champions League rather than play in it for another year.

“Well, the hard work and commitment of everyone involved last season means we are back in it now – but this is where the hard work begins again. It’s a really tough group we’re in and Sevilla were in the first two pots for the draw for a reason – they are an outstanding side and have a pedigree in Europe.

“But to be honest, one of the reasons that we as players are so delighted to be back in the Champions League is that we believe we can take on and beat anyone in it. We respect Sevilla but we don’t fear them. We know that to get a result tonight we’ll have to be at our very best and that’s something we are used to in the Premier League week in, week out. We all know our jobs this evening, and we know that the supporters know the importance of the role they can and do always play for us on occasions like this.

“Hopefully, together, we can make this the start of a European campaign we can remember fondly in years to come. That’s certainly our aim.”

Tonight's programme is a special A4 bumper edition, 100 pages, priced £5. Fans can purchase a copy from programme sellers around Anfield, and there will also be a double deal of the latest Liverpool FC monthly magazine and programme for £7.50 - saving £2.