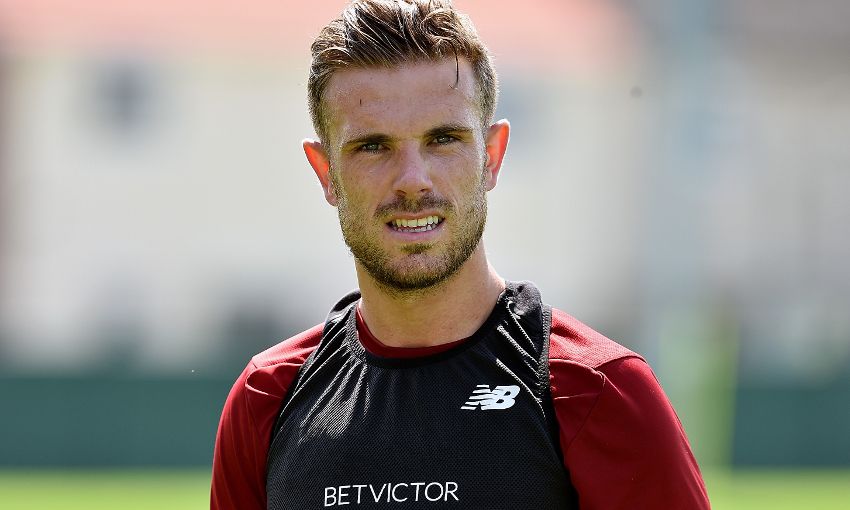 Competition for places in Liverpool's team can only be beneficial as the Reds prepare to fight on four fronts in 2017-18, Jordan Henderson feels.

European football will return to Anfield in the coming season by virtue of Jürgen Klopp’s side’s fourth-place finish in the Premier League last term.

The manager has made three additions to his squad during the current transfer window, with Mohamed Salah, Dominic Solanke and Andy Robertson all having made the move to Merseyside.

Those arrivals, coupled with the players who performed so impressively under Klopp for large parts of the last campaign, mean the boss has plenty of options at his disposal - something Henderson sees as a huge positive.

“There are a lot of good players in this squad but you need that when you are going into a big season with a lot of games, hopefully,” the captain explained to Liverpoolfc.com.

“You need that competition and people fighting, but as the manager keeps saying: it’s not about the people that play and start the game, it’s about the whole squad.

“Whether you are on the bench or in the squad for the game, it’s the whole squad that makes the big difference throughout the season if you can stay together as a group.

“It is difficult if you are not playing for whatever reason [but] it’s up to us to make sure that [sticking together] happens.”

LFCTV GO: Watch our exclusive chat with the skipper in full

Henderson cited Klopp’s influence as a key factor behind Liverpool’s season-on-season points improvement from their total of 60 in 2015-16 to 76 last time around.

“As a team he sets big targets because he has big confidence in us as a group,” the midfielder said.

“Whether he brings in new players or not I feel as though he’s got a lot of confidence in us and that transcends into when we go and play really, because you can see the confidence and togetherness of how we want to work with each other, and that comes from the manager.

“Individually, if you go through the team, last year I feel as though everyone improved and everyone got better.

“That is just by listening to the manager and what he wants us to do, training hard and hopefully we can keep on developing and improving.

“I’m sure we will, and that will put us in good stead going into the new season. If we do bring new players in then great because it will strengthen the squad and push us on to achieve good things.” 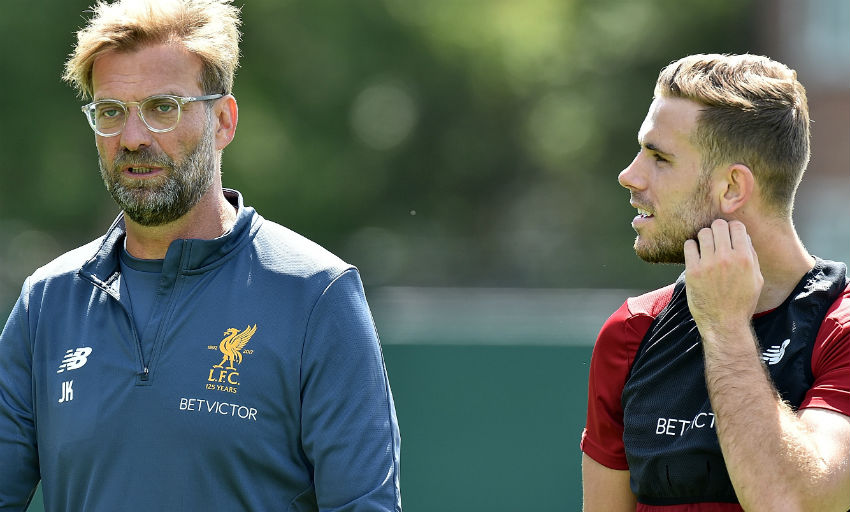 The Reds face four more friendlies over the next 11 days - all of which are live on LFCTV and LFCTV GO - before their Premier League campaign begins against Watford on August 12.

Henderson hasn’t played competitively since February due to a foot injury that caused him to miss the final three-and-a-half months of last season, so is already excited about the prospect of the trip to Vicarage Road and facing Crystal Palace at Anfield a week later.

However, he also insisted that he and his teammates are fully concentrated on the task at hand in the final weeks of pre-season.

“I think you’ve always got one eye on the start of the season,” the England international acknowledged.

“That’s why you build up pre-season for that first game, so I think you’ve always got one eye on it in the back of your mind, but I think you’ve got to focus on pre-season and what you are trying to achieve and the games.

“But yes, we are looking forward to getting going and hopefully starting the season well. I can’t wait to just get back playing football, especially at Anfield in front of our home crowd.

“It will be an amazing feeling because I feel like it was a long time ago since I did that last.”