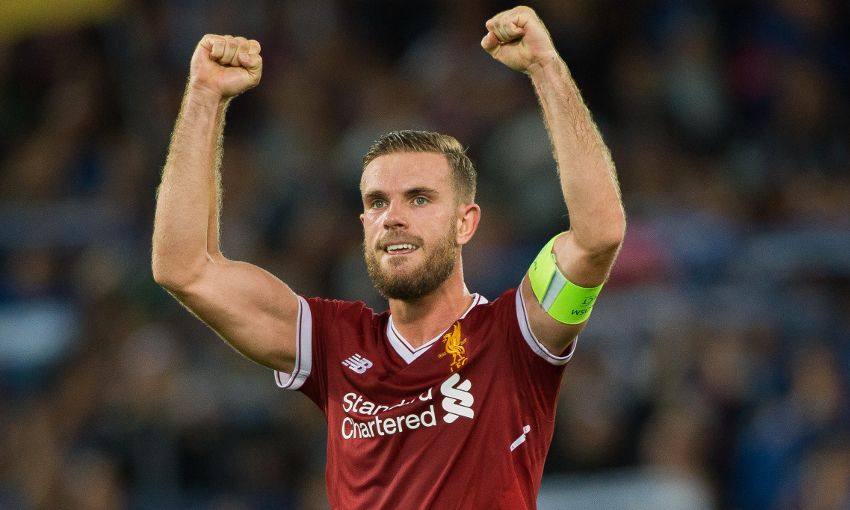 Jordan Henderson insists Liverpool will 'give as good as they get' to any of the sides they're pitted against in this evening's Champions League group-stage draw.

After seeing off Hoffenheim 6-3 on aggregate in the tournament’s play-off round, the Reds will discover which other three teams they’ll be paired with in the next phase of the competition later on Thursday.

Jürgen Klopp’s side will find themselves in pot three for the draw, creating the potential for some mouth-watering clashes against Europe’s elite clubs.

Nevertheless, Henderson is adamant he will lead Liverpool into the group stage brimming with confidence.

He told Liverpoolfc.com: “It was a big night against Hoffenheim. I felt it was a huge night for us to try and get back in the Champions League, where I feel as though we belong. We’ve got to look forward to it now, keep playing like we did, with pace and intelligence, winning the ball back and energy. We’ll see who we get in the draw; but whoever we get, we’ll give as good as we get.

“We’ve proven we can play against anyone. There are some brilliant sides in the competition, but we’ll be confident going into the group stage that whoever we get, we’ll put up a good, good fight against anyone. We’ve just got to wait and see what happens now.”

Liverpool ensured their place in the draw courtesy of an electrifying performance against Hoffenheim under the Anfield floodlights on Wednesday evening.

Going into the game with a 2-1 advantage from the initial meeting in Germany, the Reds ran riot against their opponents and racked up a three-goal lead inside the opening 21 minutes thanks to an Emre Can brace and a strike from Mohamed Salah.

Roberto Firmino completed the scoring in the second half to put the seal on a fine night’s work for Klopp’s charges.

“It was a brilliant night for everyone and we’re delighted to be back in the Champions League,” Henderson continued. “I’m over the moon for the lads, the fans and the club.

“We knew it was a big opportunity for us to get Champions League football, so we wanted to start well and I thought we did that in great style. There were some great goals and great intensity to get the ball back, so we’ve got to be delighted with the overall performance and result.

“That was the aim – to start well and play the way we know we can because if we do that we’re going to get opportunities to score goals. I thought we did it brilliantly in the first 20/25 minutes and then in the second half, at times I thought it was good. We’re very, very pleased with the overall outcome, but again there are still areas we can improve upon for the weekend.”

Henderson unselfishly gave up the opportunity to score Liverpool’s fourth goal himself, electing to square to Firmino after the captain’s tenacity had won the ball back deep inside Hoffenheim’s half and put him clean through.

“At first I was one-on-one, but late on I saw Roberto coming and I thought it was easier for him to put it into the back of the net,” said the skipper. “I’m pleased for him to get a goal against his former team.

“We’ve got great attacking options going forward – Sadio, Roberto, Mo, and even Emre and Gini getting forward, were brilliant. We’ve got to be pleased with it overall and now look forward to Sunday.”