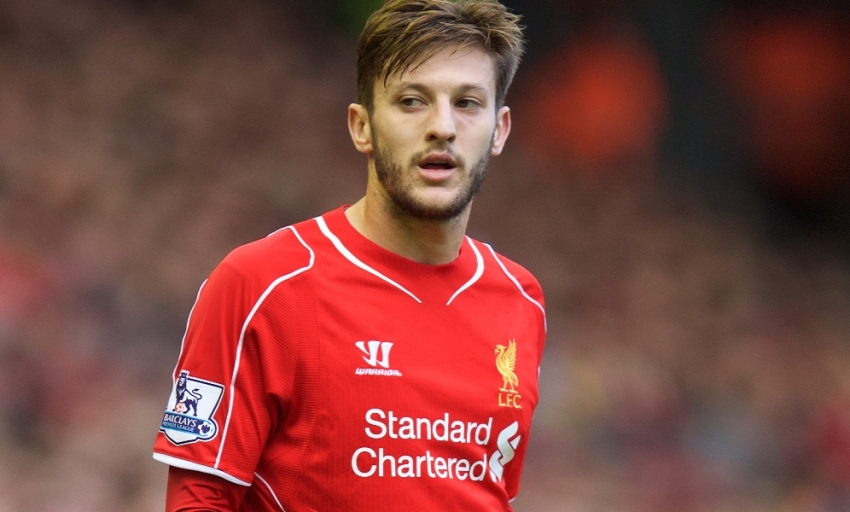 Sterling: My key lessons from BR

The opportunity to play alongside the likes of Philippe Coutinho and Raheem Sterling with Liverpool is considered a 'privilege' by summer signing and fellow attacker Adam Lallana.

Having progressed through the much-vaunted academy in place at Southampton, the creative Englishman is no stranger to sharing a pitch with teammates possessing serious ability.

Gareth Bale, Alex Oxlade-Chamberlain and Theo Walcott were three of the players he combined with for his previous employers, before swelling Brendan Rodgers' talented ranks at Anfield.

Now he's training daily with a raft of full internationals, winners of major trophies and many of the team that so narrowly missed out on the Barclays Premier League title in 2013-14.

Two who share a similar position to Lallana - Coutinho and Sterling - have particularly caught his eye, and the No.20 expects the link-up between the boss' flair stars to improve with time.

"The more we train together the more we learn each other's games," was Lallana's assessment when he recently spoke to the official Liverpool FC magazine.

"I can only see the relationship on the field going in one direction. It's a privilege to be on the same pitch with them because there's some unbelievable talent there."

The 26-year-old has made 12 appearances for the Reds and notched one goal to date, rediscovering full match fitness after picking up a frustrating knee injury in pre-season.

"I always knew it was going to be difficult settling in, especially with the injury," he continued. "Playing for a new club the size of Liverpool and having Champions League football - you need to be tough mentally.

"I was so desperate to do well, maybe trying a bit too hard to impress, not doing things that I'd normally do, thinking about things maybe a bit too much. You can't always expect to be at your best straight away.

"When you've been away for seven or eight weeks, the pitch feels a bit different when you step back on it for the first time.

"It's a case of getting your head down, working hard and doing the things that have made you successful before to get back to a level where you can affect matches.

"Gradually, the more games I've played and the more minutes I've accumulated, my form has improved and I'm getting closer to the levels I was at last season for Southampton. There's still an improvement to be made but I'm getting there."