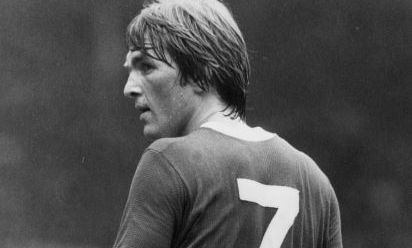 As we continue our memories of the 1983-84 treble season, we speak to arch predator, Ian Rush, who lifts the lid on his intuitive strike-partnership with Kenny Dalglish.

Together they were the deadliest forward line in Europe as Liverpool clinched the League Championship, Milk Cup and European Cup in Joe Fagan's first season in charge.

The record books state that Rush plundered 47 goals alongside Dalglish that season, but the deadly No.9 remains adamant he netted 50 - including a penalty in the shoot-out victory over AS Roma.

Speaking to Liverpoolfc.com, the Welshman analysed his legendary partnership with Dalglish: "It wasn't something we worked on, it just happened.

"Kenny was always there to help me and I remember him once telling me to just run into the space and I'll put the ball through to you.

"I remember the first time when he played the ball through to me and I didn't make the run. He didn't say anything to me but it was just the look that said to me I'd better start doing what he says!

"Kenny was that good he didn't even have to look where he was playing the ball because he just knew I would be there.

"Everyone always says I got 47 goals that season but including my penalty in Rome I got 50! I scored a couple in a Super Cup tournament. That was a massive achievement for me and I'm sticking by that record of scoring 50 in one season!"

Back then, football was a different world to what it is today - there was no LFC website, Twitter or Sky Sports - and plenty of matches that season were not filmed.

Rush netted five in a 6-0 win v Luton Town and four in a 5-0 victory over Coventry City and yet both games at Anfield were never televised. 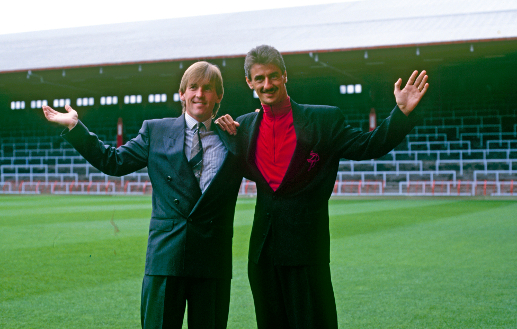 Despite only supporters' memories remaining from those afternoons in front of the Kop, Rush insists he will never forget it and explained how one game in particular started a superstition which still lasts to this very day.

He added: "I scored four against Everton a couple of years earlier, but that was at Goodison Park, so to score them at Anfield was great.

One televised match that will never be forgotten from the 1983-84 league campaign was Rush's hat-trick at Aston Villa in Liverpool's striking all-yellow kit - a colour Brendan Rodgers' modern-day Reds will wear as their away strip for 2014-15.

Rush said: "I think everybody remembers that. That was one of the first live games on BBC and it was a Friday night. We were losing 1-0 and to get a hat-trick was incredible.

"I scored a cheeky little goal with a chip over Nigel Spink and I remember Graeme Souness saying to me 'I can't believe you had the audacity to chip a six foot four 'keeper! You must be full of confidence'. He was right - I was - and I just knew in this Liverpool team I was going to score goals." 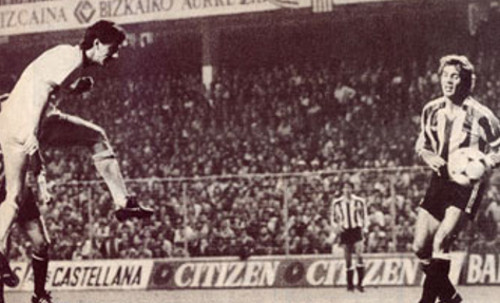 Rush scored fantastic headed goals that season and he earned the nickname 'Tosh' from his Anfield teammates in homage to John Toshack.

He said: "I remember a journalist saying to me at the start of that season 'I bet you can't score 10 goals with your head in one season!' I'm pretty certain I scored 14 goals with my head that season so I won the bet!"

For manager Fagan, he filled the hottest seat in football vacated by Bob Paisley, and guided the team to an incredible treble.

Despite the success, Rush admits he wasn't that surprised by how well Fagan handled the job.

He added: "We just carried on as normal. We had Ronnie Moran and Roy Evans as well so it was just carry on as normal for us. Bob Paisley had won everything and took Liverpool to a new level. Joe reluctantly took the job but it's incredible to win a treble in your first season.

"Joe never gets the credit he deserves for what he did. He didn't want the job at first. If you look at manager's today if they won a treble people would be shouting from the roof tops.

"If a manager won trophies like Joe did in his first season people would be saying he should be manager of Barcelona or Real Madrid. Liverpool is a different club and it is a club made by people like Joe Fagan." 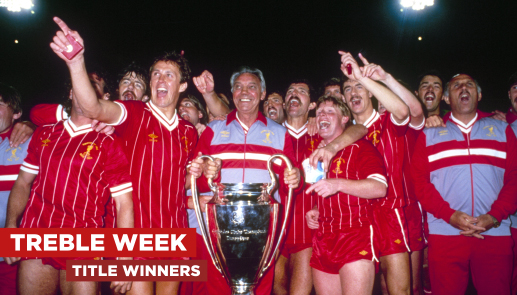 Click here to read just why Graeme Souness was regarded as the best midfielder of his generation.