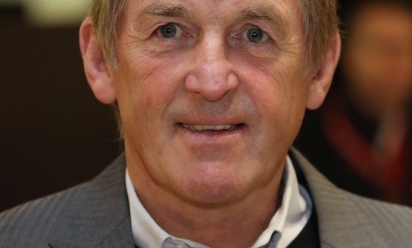 Fenway Sports Group and Liverpool FC today announced that Kenny Dalglish is returning to Liverpool Football Club after accepting an invitation to join the board of directors.

Following discussions with the club's owners, managing director Ian Ayre and manager Brendan Rodgers, Kenny will take up his position as non-executive board director with immediate effect.

The new role will allow the ownership and senior management to benefit not just from the Anfield legend's decades of experience, but also his close affinity with supporters.

Dalglish said: "It is an honour and privilege to be asked to return to Liverpool as a director of the club. I have always said if there is anything I could do to help this club I would make myself available - when the call came I had no hesitation.

"I am looking forward to working with the board of directors and contributing to the strategic issues that affect Liverpool Football Club.

"Liverpool has given me and my family so much since we came here just over 36 years ago and my priority is and will always be to have the club's best interests at heart."

Fenway Sports Group principal owner, John W Henry, said: "We are delighted Kenny has accepted our offer to join Liverpool as a non-executive board director and we are sure he will make a valuable contribution to the club's strategy.

"Kenny has a unique relationship with our supporters and embodies everything that is special about Liverpool. We are thrilled that the club will benefit from his experience, and passion for the club and our supporters.

"Kenny has a unique insight on the values and traditions that helped to make Liverpool one of the greatest sporting institutions, not just in football, but in world sport. We are proud and honoured to have him back at the club he has represented with such distinction."

Rodgers commented: "When I met with Kenny to discuss this appointment, I was struck by the passion and drive he still has in wanting to see Liverpool return to where it should be - one of the most successful clubs in the world.

"We are all together in that goal - owners and supporters, players and management and also icons such as Kenny Dalglish. I want people around us who have this club and what it stands for in their heart."