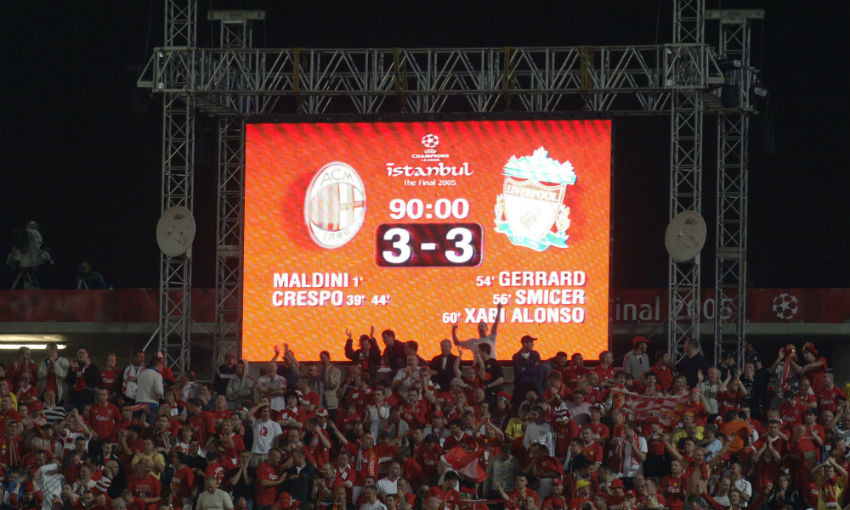 Everyone remembers those hard-to-believe details on the pitch in Istanbul.

Liverpool, 3-0 down at half-time, score three times within the space of six second-half minutes and beat a formidable AC Milan on penalties in the 2005 Champions League final.

But what exactly went down at half-time? And what were the Reds' preparations like before AC Milan stormed ahead after a rampant first half?

Liverpoolfc.com spoke to defender Djimi Traore for insight into what happened before, during and after the most memorable comeback in European Cup final history.

The Liverpool squad had a strong sense of the starting line-up for the final well in advance, with Rafael Benitez running his side through detailed tactical work at Melwood.

"That's when we started to play like 11 against 11," Traore explains. "We worked on tactical shape, talking about the game, the formation of AC Milan.

"It was kind of a formation we were not used to facing. You need to give credit to Ancelotti and the way he set up his team. To face two strikers and one No.10 was not usual for us, especially in the Premier League. It was time to adapt.

"You could see that in the first 45 minutes, that it was difficult for us. It was a nightmare, especially for me.

"I think it was like two or three days before the game, we knew what the starting line-up looked like." 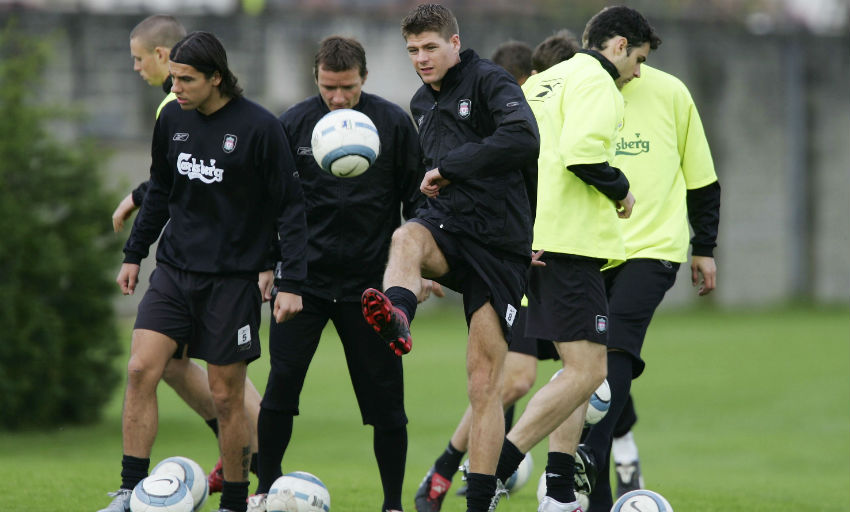 The night before the final

Traore and his teammates tried to keep their routines exactly the same, despite the gravity of the occasion that awaited them.

He details: "I would have a good dinner, try to watch some films or series back in the time of DVDs and not think too much about the game, but thinking about something different.

"That was my routine."

The day of the game

How did some of the players prepare for the biggest game of their careers? A spot of ten-pin bowling, of course.

"We are like in a bubble inside the hotel to prepare the game," Traore states. "Normally we always went for a walk in the city where we are when we used to play in Europe. That was the same.

"We went for a walk and you could see the city with lots of Liverpool fans. You need to give credit to Rafa, he tried to break that pressure.

"On the morning of the final we went and played bowling. It was fun and helped us to relax, not be thinking about the game and put too much pressure on yourself.

"For most of us, it was our first Champions League and we knew it was a very important game for the club and for the fans. We knew if we won it would be the fifth one and we would keep the cup, so that was a little bit of extra pressure on us." 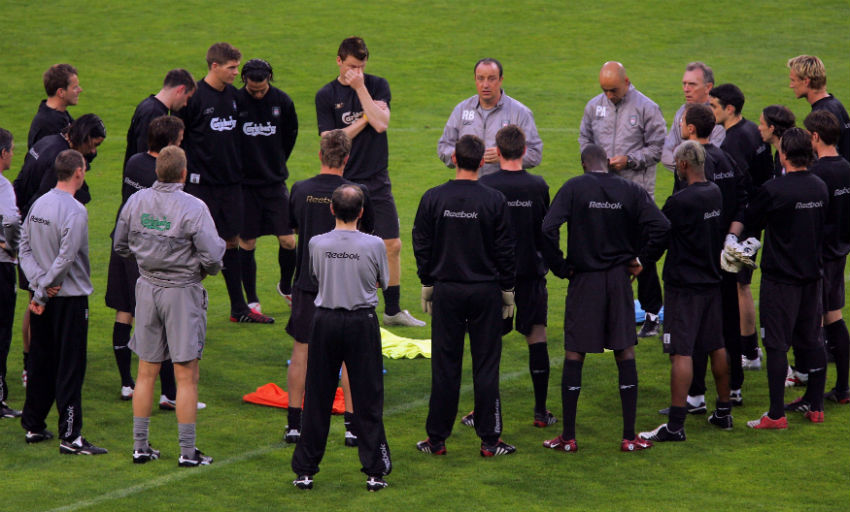 There was no rousing Any Given Sunday-type speech from Benitez. Instead, a reminder about what Liverpool had done to reach that particular stage.

"[The message was] to be relaxed as possible and to give the best performance we can," Traore says. "It was more or less about doing what we had done to arrive there. It was a long, long path to arrive in that final.

"We beat some big teams and we had done very well. The way we played, I think it was fantastic and suited our team at that time.

"We were very solid defensively and didn't concede that many goals in that Champions League campaign. That's why it was one of our strengths as a group but unfortunately you don't see it in that first 45 minutes, but that happens.

'Chaotic' is the word Traore finds to describe the scene of Liverpool's dressing room after the first half.

Utter devastation everywhere as Benitez broke the news to Traore that he was going to be replaced by Didi Hamman, 'Djimi, shower.' 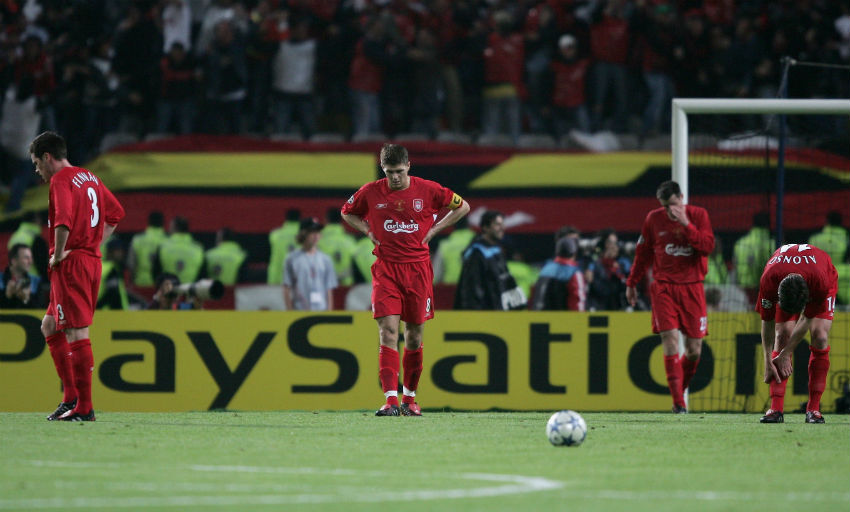 The Frenchman recalls: "I started to take off all my clothes and go, but I didn't start the shower. I was there, just so disappointed.

"But everything went fast. I didn't have time to put shampoo on me or anything like that. Pako [Ayestaran], the assistant coach back then, tapped me on my shoulder and he said to me, 'Djimi, you're back. You play.'"

Steve Finnan was unable to continue due to injury, requiring Traore to get booted up again and play the second half in a new-look formation.

He continues: "Rafa started to talk tactically about which way we would set up and play a back three, 'Djimi you play on the left side, Sami in the middle and Carra on the right.'

"So now you need to be refocused. So I changed, refocused, put my boots back on, everything like that and was ready to play.

"But Rafa in the last few words was like, 'OK, you never know. If we score in the first 10 minutes, we can turn the game.'

"As a player, you say, 'Yeah, whatever.' But when we scored the first one, especially the we scored it with the captain and the leader, that told you, 'Yes, why not?'"

After full-time in extra-time, Benitez approached each of his players to gauge their desire for taking a spot-kick. 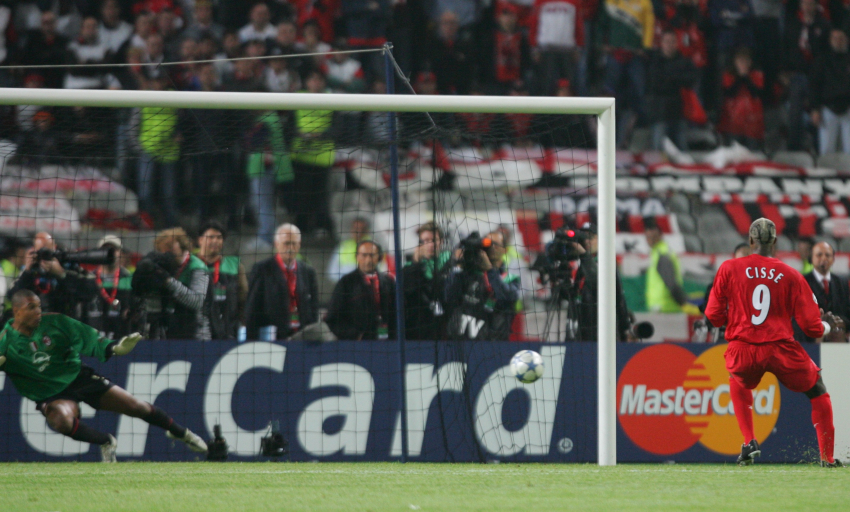 "We were exhausted after a crazy game with different emotions through the game," Traore remembers. "But give credit to Rafa, it's not like he had a list of players who would take the penalties. He came and he asked everyone.

"The players that stepped in to take it, I respect them so much. Because Hamman, Cisse, people who just came on, Smicer, they all stepped in and said, 'Yes, I want to take it.'

The exhausting nature of the final meant the heart of the players' celebrations took place in the dressing room at the Ataturk Stadium before the memorable parade back home the following day.

"The dressing room was like, 'We can't believe it.' We had done something crazy, so there were a lot of celebrations, drinking and jumping around," Traore recalls. "It was crazy what we had done.

"For me, the most iconic thing was when we got back to Liverpool. That's when we realised, 'Wow, we had done something crazy.'

"But when we did it with Liverpool and I saw that amount of people, I was like, 'Yes, we achieved something crazy, something nuts.' It was one of my best memories of Liverpool Football Club." 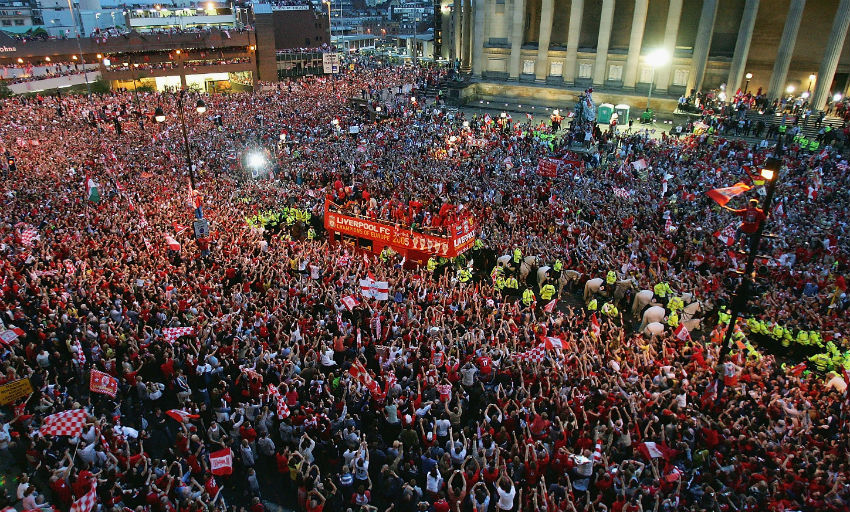 The raw emotions of the victory were still very much alive in the weeks following, and remain to this day for Traore.

"You were buzzing. When you win, you don't feel tired," he concludes. "You see the final again, you see the emotions, people talk to you only about the game like many times. It's a joy.

"Today when people talk to me about football, the only thing they mention is that Champions League final. They'll remember that final forever."