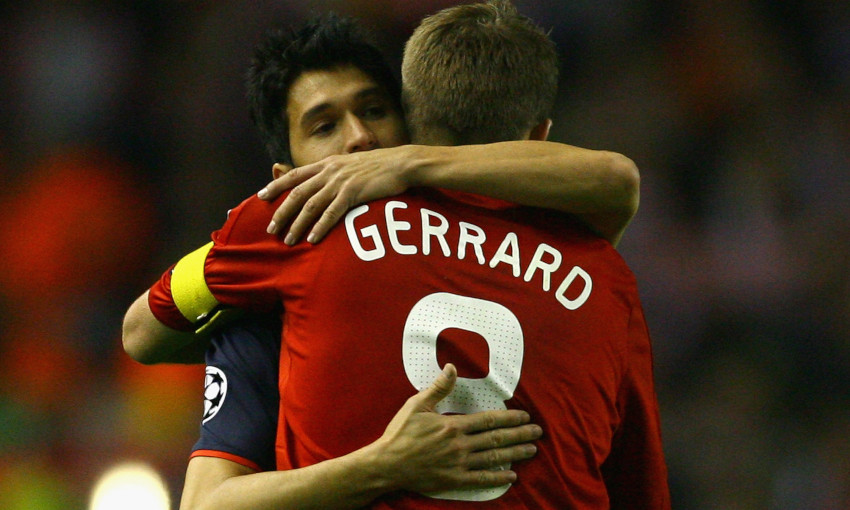 Liverpool and Atletico Madrid will meet for only the fifth time competitively tonight as their duel for a place in the Champions League quarter-finals begins.

Despite rich respective histories in European football, the clubs have often evaded facing each other directly – with this tie the first since four clashes in the space of 18 months a decade ago.

Atletico have had the better of the previous encounters but Jürgen Klopp’s team head to Estadio Metropolitano having lifted the European Cup there just last June.

This double-header at the midway point of the Champions League group stage 11 seasons ago could easily have been about one issue and one man – Fernando Torres, the boyhood Atletico fanatic and striking sensation who had left Estadio Vicente Calderon to make Anfield his new home in the summer of 2007.

However, a hamstring injury suffered by El Niño on international duty deprived the meetings of the marksman. The presence of former Reds Luis Garcia and Florent Sinama-Pongolle in Atletico’s squad meant there was no lack of alternative subplots, but the two games were primarily about Group D supremacy, both teams having defeated Marseille and PSV Eindhoven to arrive at matchday three with maximum points.

Summer signing Robbie Keane was chosen to fill in for Torres as Rafael Benitez’s lone striker in the showdown at the Calderon, and demonstrated why in the 14th minute, notching the second goal of his Liverpool career from a Steven Gerrard through ball.

Coached by the much-travelled Mexican Javier Aguirre, the hosts gradually battled their way back into the game with the help of a certain Sergio Aguero – aged just 20 at the time – who was substituted on for Garcia at the break.

When the equaliser did arrive with seven minutes left, though, it was a more familiar duo responsible for it, former Manchester United forward Diego Forlan teeing up Portuguese midfielder Simao Sabrosa – who had scored one of the goals that ended Liverpool’s defence of the Champions League in 2005-06 while playing for Benfica – to beat Pepe Reina. 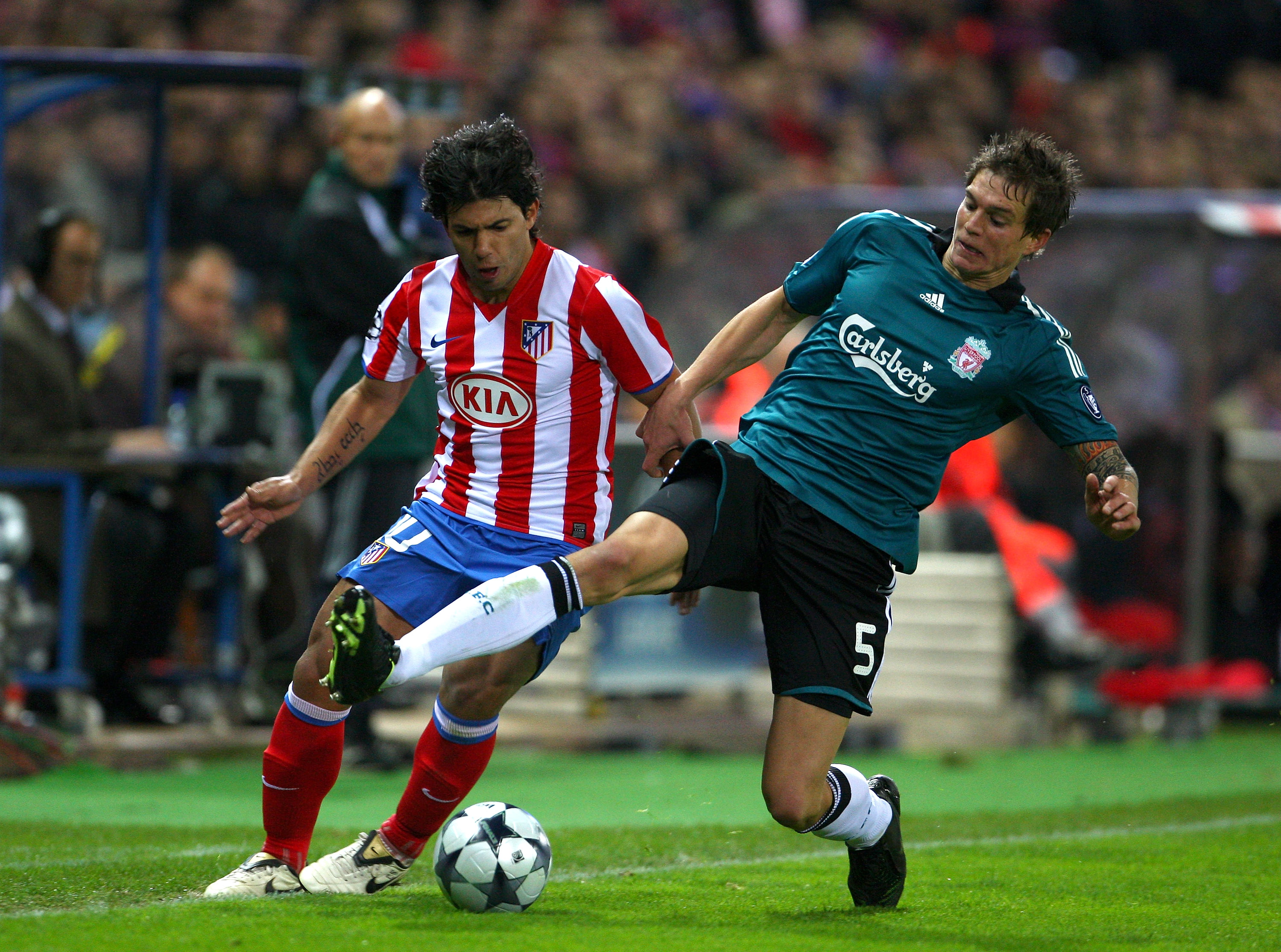 The return fixture at Anfield merely provided further proof of how well-matched Benitez and Aguirre’s sides appeared to be.

Future Liverpool midfielder Maxi Rodriguez controlled a cross and skipped past Jamie Carragher in one swift motion to put Los Colchoneros – the mattress makers – ahead, only for Gerrard to make it 1-1 by winning and scoring a 95th-minute penalty.

At that point Atletico had a slight edge in the battle for top spot courtesy of their marginally superior goal difference, but it was the Reds who progressed as group winners after capitalising on the Spaniards’ goalless draw at Marseille on matchday six.

It was the beginning of the end for Atletico’s Champions League dream that season, although the blow of their last-16 loss to FC Porto was perhaps softened by watching Liverpool devastate their city rivals Real Madrid 4-0 at Anfield and 5-0 on aggregate. The Reds subsequently fell to Guus Hiddink’s Chelsea in a helter-skelter quarter-final which ended 7-5 in the Londoners’ favour.

Much had changed by the time the clubs crossed swords again in the last four of the Europa League a year-and-a-half later.

With Atletico now in the care of future Watford boss Quique Sanchez Flores, both teams had entered the last 32 of the newly rebranded tournament after being eliminated from the Champions League group phase.

Liverpool made their way to the semis by disposing of Unirea Urziceni, Lille and Benfica, while Atletico earned their spot via defeats of Galatasaray, Sporting CP and Valencia.

Torres missed out after undergoing knee surgery, fate sadly robbing Liverpool’s No.9 of his emotional homecoming for a second time – and robbing Benitez of a player that banged in 22 goals in 32 appearances that term. The Spanish international was certainly missed at the Vicente Calderon, where Forlan’s scrambled early goal provided Flores’ men with a crucial first-leg advantage. 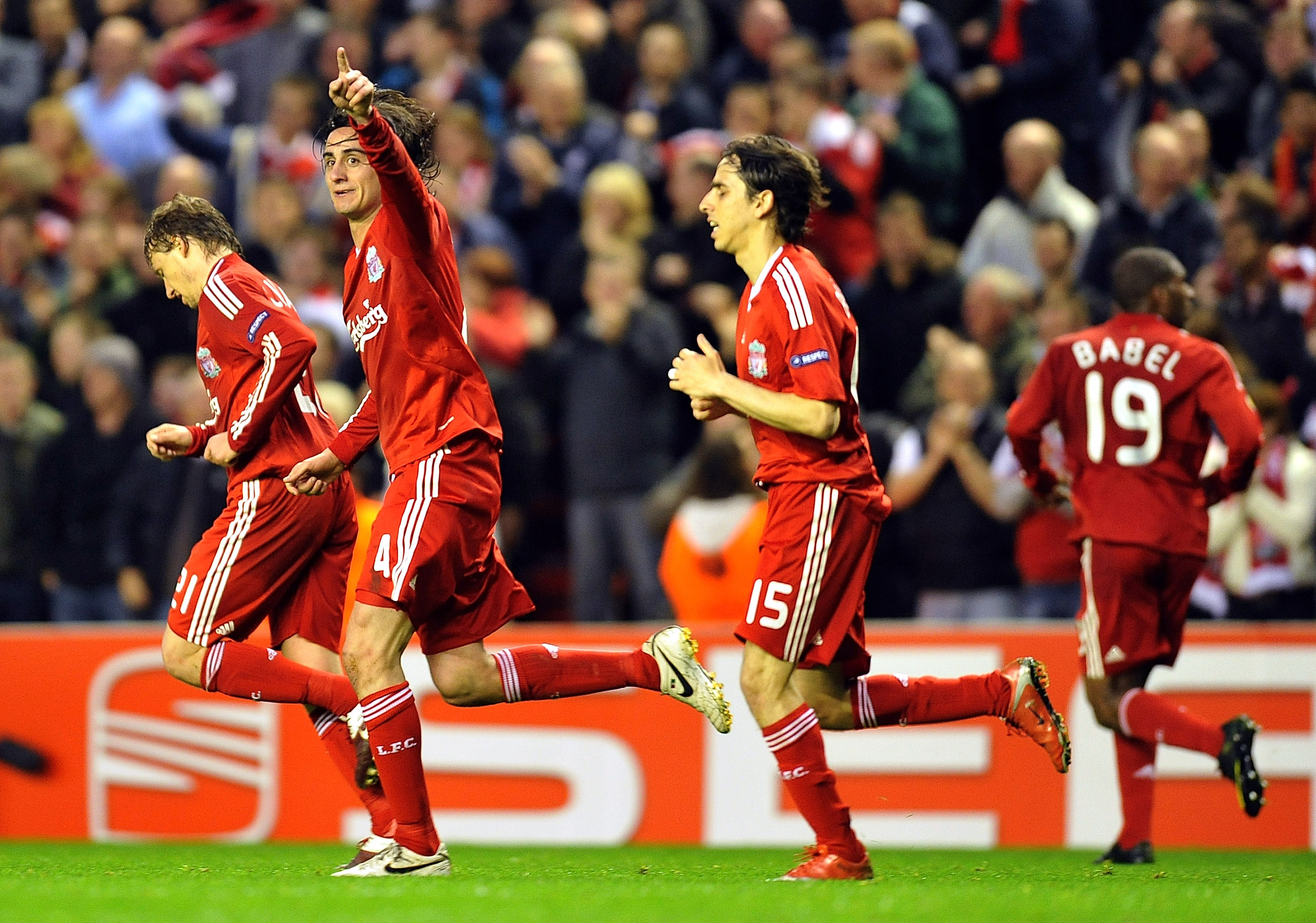 If the opening encounter was lacking in thrills, the rematch at Anfield was full of them. Alberto Aquilani beat a young David de Gea to take the tie to extra-time, whereupon Yossi Benayoun’s emphatic finish seemingly had Liverpool en route to that season’s final in Hamburg – only for Forlan to smash one high into Reina’s net in the 103rd minute.

“The team tried everything but just couldn’t make it,” sighed the goalkeeper afterwards. “We made one mistake and they scored the goal.”

Los Rojiblancos proceeded to lift the trophy by beating Roy Hodgson’s Fulham 2-1 in the final, inevitably sealed by yet another extra-time Forlan strike.