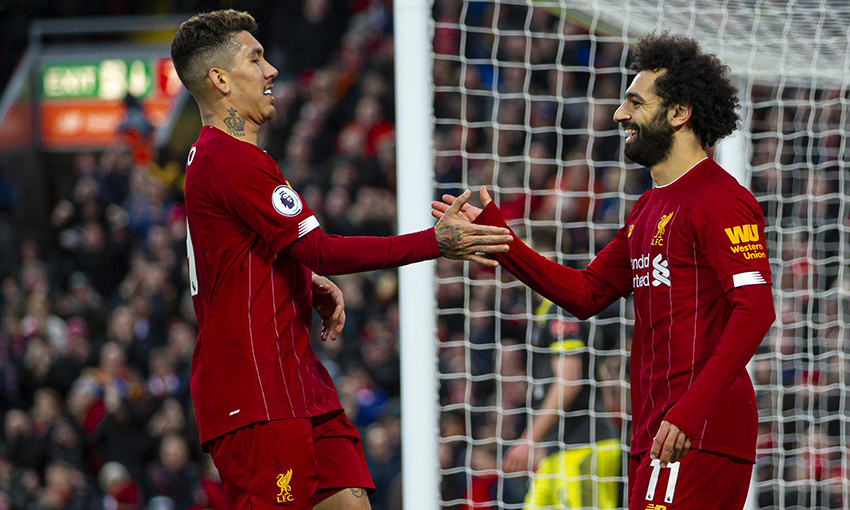 Here's a bite-sized breakdown of the weekend's action, including reaction to Liverpool's latest win, your response to the Reds' incredible opening goal, how our rivals fared and more...

Mohamed Salah bagged a brace and Roberto Firmino collected a hat-trick of assists as Liverpool beat Southampton 4-0 at Anfield on Saturday to move 22 points clear at the top of the Premier League.

Firmino's inventive back-heel teed up Alex Oxlade-Chamberlain to drill home the opener shortly after half-time and captain Jordan Henderson doubled the lead on the hour from a clever pass by the Brazilian.

Salah made it 3-0 with dink over Saints goalkeeper Alex McCarthy and completed the scoring with a close-range finish from his strike partner's unselfish cut-back in the 90th minute.

Jürgen Klopp: "First and foremost, I really have to say, wow, Southampton – what a team that is. The set-up they have is constantly causing you problems. We had to change two or three things, most importantly we had to change the involvement of Fabinho – switch the side with him, pass the ball there. Then we started rolling. With this positioning we used all the midfielders better, used our full-backs better and had better direction. It was just a better game and in the end we won it."

Oxlade-Chamberlain: "Firmino does those magnificent things all the time. I love him, I absolutely love him. He's such a joy to play with and to feed off. He's always looking for others, he works for the team and his skills speak for themselves. He's a top man and we all love him. I'm delighted to have scored a couple of goals in the last two games, but it's about us all and making sure that we chip in where we can and finish the season strong now."

....the double back-heel set up from Andy Robertson and Firmino for Oxlade-Chamberlain's equally impressive strike.

@LFC A nutmeg that became an assist. Just Bobby being Firmino 🤪. 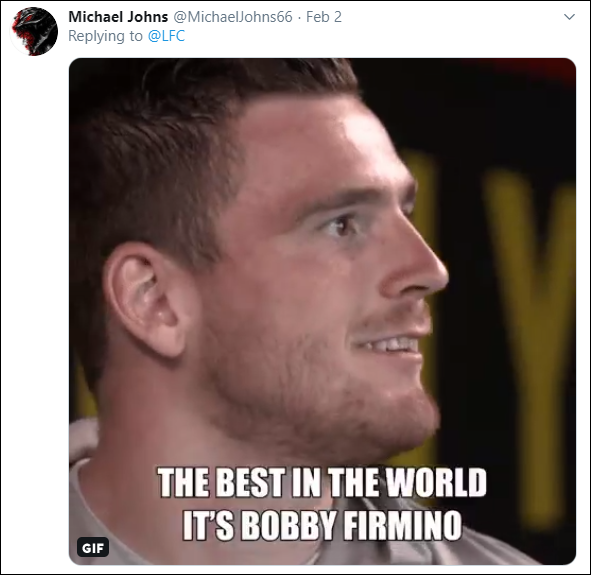 Jürgen Klopp's Liverpool have equalled Nottingham Forest's 42-match unbeaten run in the English top flight and only have Arsenal's record streak of 49 games ahead of them.

The Reds have taken 100 points from the last 102 available in the Premier League - winning 33 of their last 34 fixtures in the competition.

50 - After his two assists today, Roberto Firmino has now assisted 50 goals for Liverpool in all competitions (228t… https://t.co/4ZetRufVoK

Salah has scored more home goals in this season's Premier League (12) than any other player. Since he joined Liverpool in 2017, only Lionel Messi (51) has more home goals in Europe's big-five leagues than the Egyptian forward (44).

Pep Guardiola's side saw Ilkay Gundogan's penalty saved by Hugo Lloris before Spurs' Steven Bergwijn scored a superb volley on his debut in the 63rd minute.

Heung-min Son made it 2-0 with a deflected strike to seal victory against City, who had Oleksandr Zinchenko sent off on the hour.

Leicester City remain eight points ahead of Chelsea in third after the two clubs fought out a 2-2 draw at King Power Stadium on Saturday.

Blues centre-back Antonio Rudiger scored the opener and netted an 71st-minute equaliser after goals from Harvey Barnes and Ben Chilwell had put the Foxes 2-1 up.

In the Premier League, Klopp's side return to action following the mid-season break at bottom-placed Norwich City on February 15.