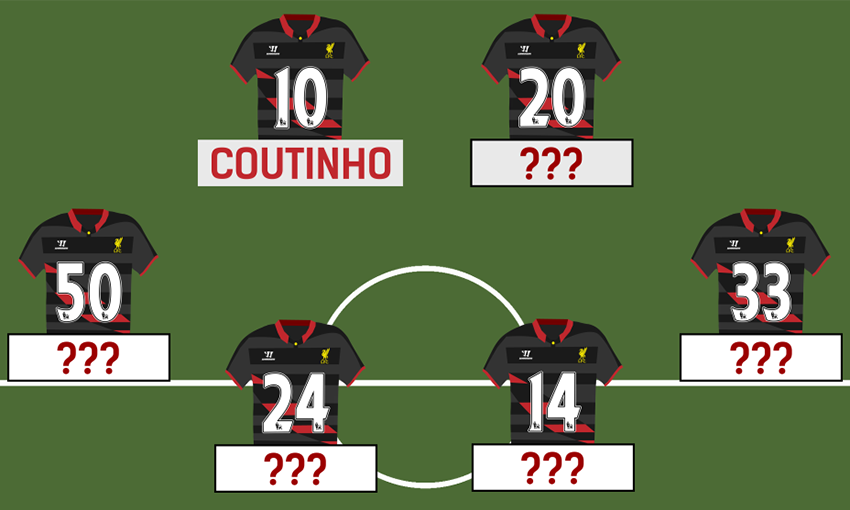 Philippe Coutinho thundered a 30-yard rocket in off the crossbar as Liverpool beat Southampton 2-0 at St Mary's in February 2015, but can you recall the rest of the Reds' starting XI from that rain-soaked afternoon?

It took the Brazilian just two minutes and 43 seconds to give Brendan Rodgers' side the lead in the Premier League clash, with Raheem Sterling confirming the three points when he swept in Matt Targett's scuffed clearance after 73 minutes.

But who else featured in the victory that day? Can you fill in the Missing Men? 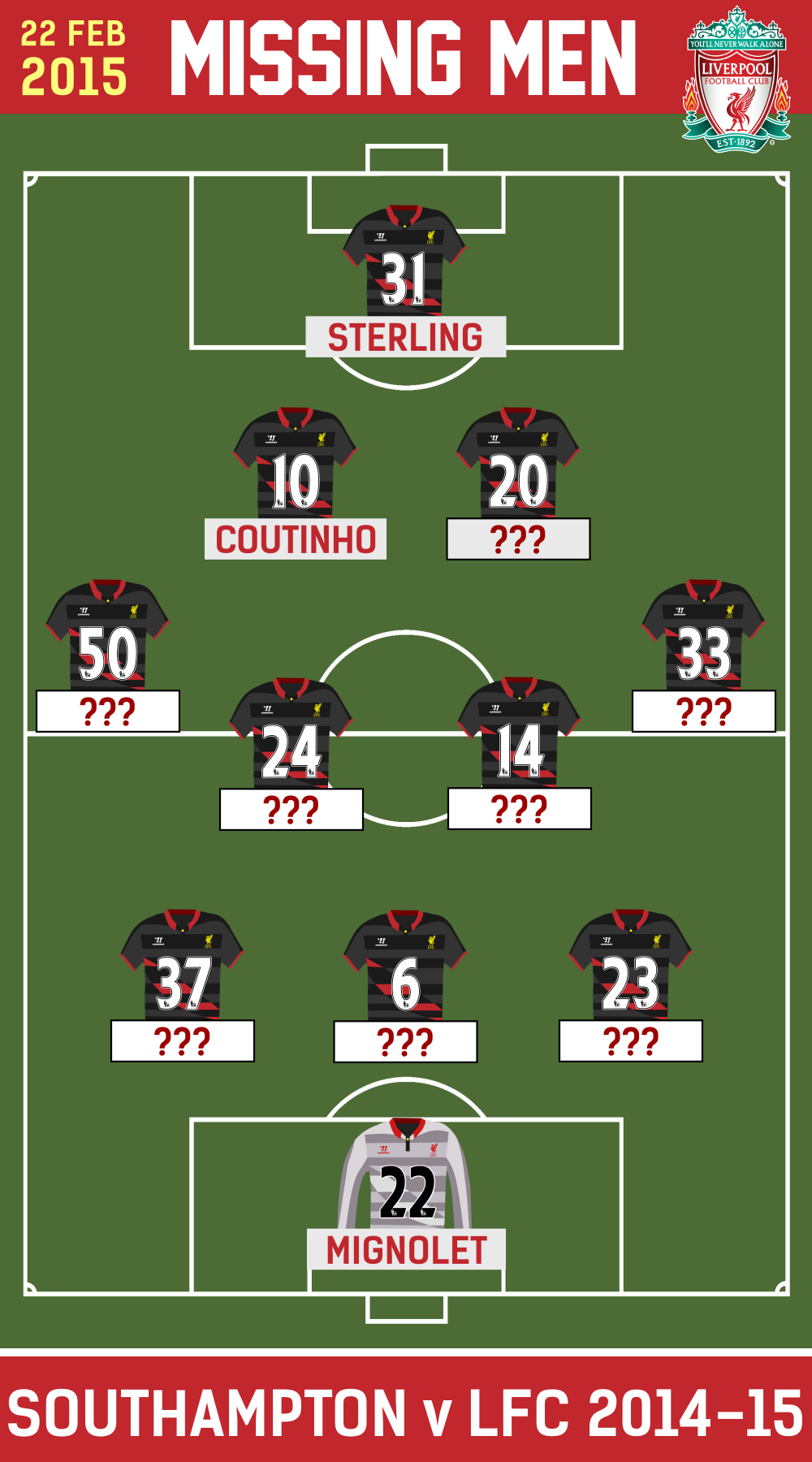