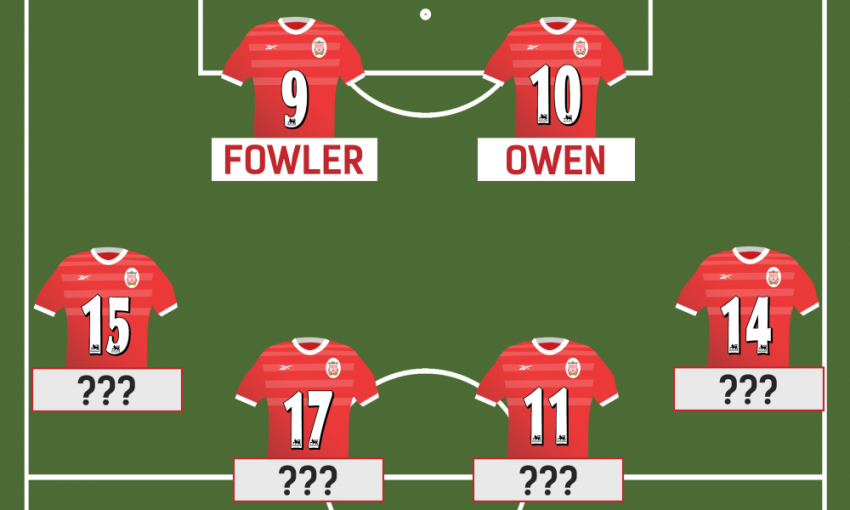 Robbie Fowler scored a hat-trick as Liverpool beat Southampton 7-1 at Anfield in January 1999 – but can you name the starting XI from that day?

After a brace before the break, Fowler completed his treble two minutes into the second half as Gerard Houllier’s side ran riot on home soil.

Jamie Carragher and Michael Owen were also on target, while David Thompson came off the bench to net too.

Do you remember the other scorer? And the rest of the Reds line-up? 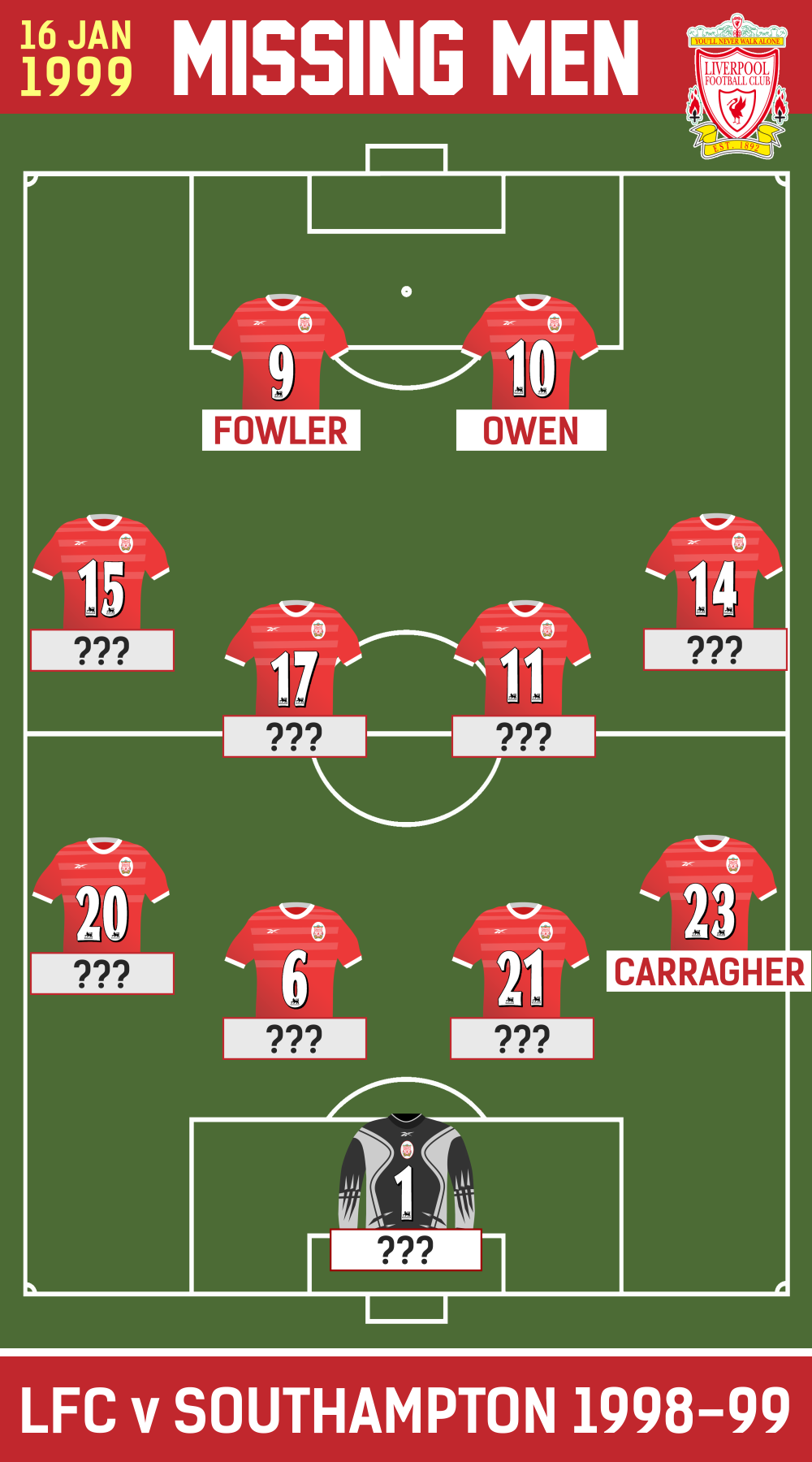