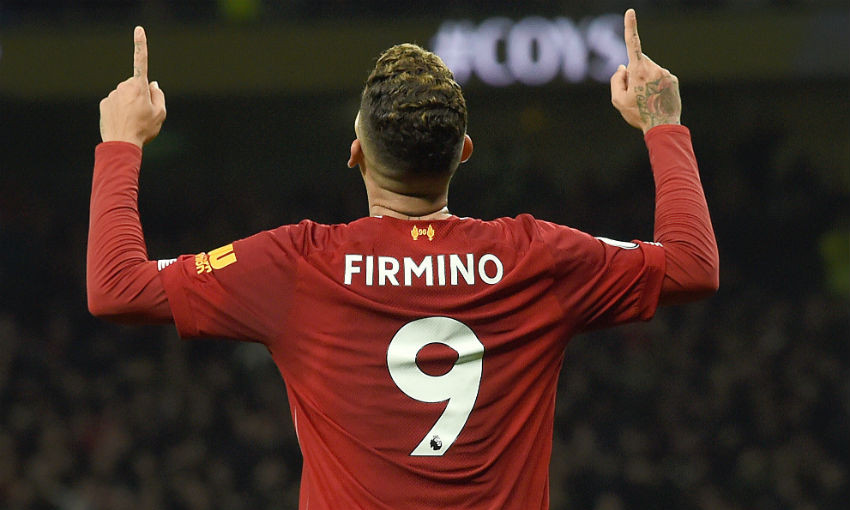 The Brazilian’s emphatic winner at Tottenham Hotspur last Saturday represented his fifth goal in his last six appearances for the Reds, with three of those strikes coming in his four most recent Premier League games.

That decisive goal in north London crowned a classy, Man of the Match-winning performance from Firmino, during which he led the way in terms of shots, shots on target and key passes for his team.

A nine-point haul at Tottenham Hotspur Stadium took Firmino to three figures in the FPL this season – and the fact a quarter of those 100 points have been amassed in his last four appearances merely underlines his recent potency.

It’s something of a statistical quirk that none of the 28-year-old’s seven Premier League goals to date this term have come at Anfield, but surely it is a matter of when, not if, the £9.3m forward breaks that particular duck.

And, with Manchester United visiting L4 on Sunday and a double gameweek on the horizon, now could be the perfect time to invest in one of the division’s in-form frontmen.

A compatriot of Firmino has also been a prolific FPL points-scorer in recent weeks: Alisson Becker.

Liverpool’s No.1 is a cornerstone of a defence that has kept six consecutive top-flight clean sheets, with the nine points he earned at Spurs taking his overall FPL tally to 51 from 13 appearances this season.

Alisson has not conceded a Premier League goal at Anfield since early November and boasts eight shutouts in his last nine outings for the Reds across all competitions.

Furthermore, the Brazilian tops the Premier League save percentage chart, having stopped 25 of the 30 (83.3 per cent) on-target efforts he has faced so far this term.

At £6.1m, Alisson is the most expensive goalkeeper in the FPL – but the statistics suggest he is worth the outlay.

Finally, Jordan Henderson delivered yet another commanding midfield performance against Spurs and looks set to start his seventh-straight Premier League game this weekend.

The captain slotted back in at the base of Liverpool’s midfield seamlessly during Fabinho’s injury absence and has registered more than a third (21) of his 60 FPL points in 2019-20 during his last six outings.

Henderson missed only nine minutes of action in those matches – he was substituted late on as the Reds beat Leicester City 4-0 on Boxing Day – and, perhaps surprisingly given the all-action style his role requires, has only been booked once in the Premier League this season.

The newly-crowned BT England Men’s Player of the Year is available for £5.4m ahead of United’s trip to Anfield and currently has a 'teams selected by' percentage of just 1.1.