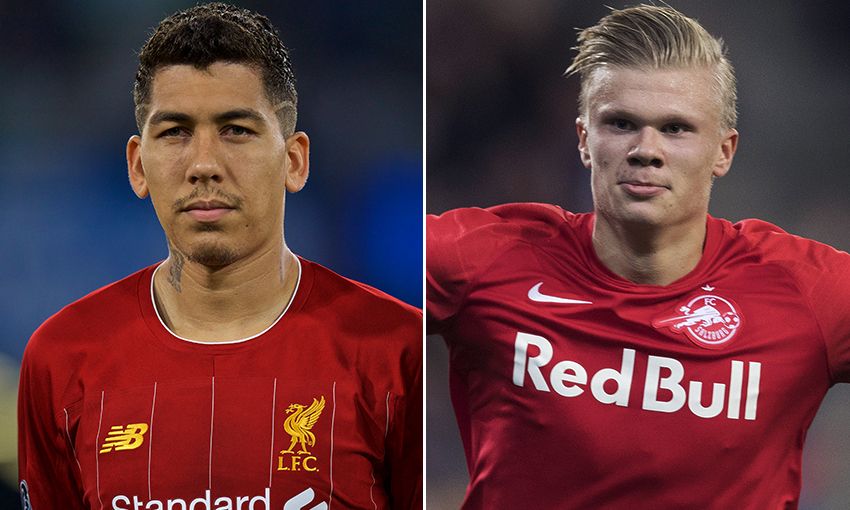 The Reds lost 2-0 at Napoli in the opening game of their continental campaign but have been in formidable form at home.

Jürgen Klopp's side are unbeaten in their last 22 matches at Anfield in Europe, winning 16, and memorably beat Barcelona 4-0 the last time they played in the Champions League in L4.

However, Austrian champions Salzburg head into this clash buoyed by a 6-2 thrashing of Genk on matchday one and sit top of Group E.

Here are three key battles that could decide their showdown... 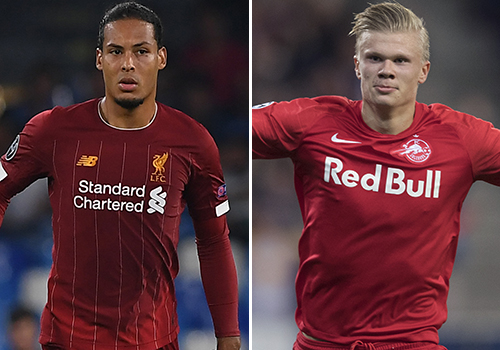 Champions League winner, UEFA Men's Player of the Year, named in the FIFA FIFPro Men's World11 and a key part of the most miserly defence in the Premier League. What more can we say about Liverpool centre-back Virgil van Dijk?

Imperious in defence - he leads the Reds in blocks and clearances this season - he's also excellent in possession and has made the second-highest number of passes in the entire Premier League so far in 2019-20.

And if that's not enough, he heads into this game off the back of a clean sheet and Man of the Match performance against Sheffield United at the weekend.

However, the man detailed with unsettling the imposing defender at Anfield on Wednesday will likely be one European football's hottest prospects, Erling Braut Haaland.

Salzburg's fresh-faced striker made headlines on matchday one when, at just 19 years and 58 days old, he became the third-youngest player ever to score a Champions League hat-trick, behind only Raul (Real Madrid) and Wayne Rooney (Manchester United).

And it was no fluke. It was his fourth hat-trick of the season, a campaign in which he has already plundered 17 goals in 10 appearances.

At 6ft 3in tall, Haaland is a handful for any defender but none of his three goals against Genk came from his obvious aerial threat. He opened the scoring with a right-footed finish, added the second with his left foot, and completed his treble with a poacher's tap-in.

Comfortable leading the line or dropping deep behind strike partner Hwang Hee-Chan, as he did for much of the Genk game, the Norwegian forward has the ability to ask a variety of questions of the opposition and he'll certainly be one to keep an eye on at Anfield. 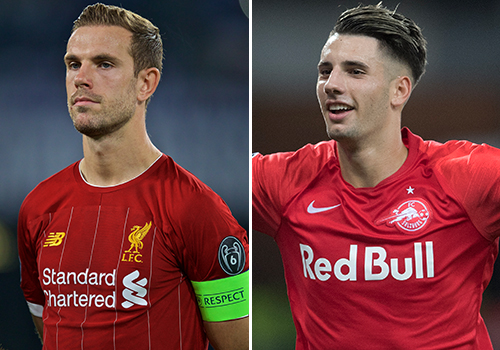 Hungarian international Dominik Szoboszlai is another talented teenager in the Salzburg ranks, whose vision and technical ability bely his age.

A threat from set-pieces - he recently scored his first senior international goal with a direct free-kick against Slovakia - the youngster has netted three times and provided a trio of assists in 10 games this season. 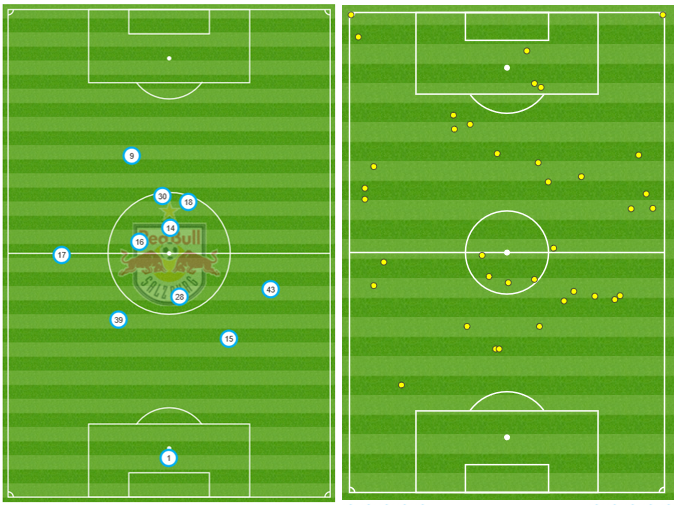 Able to operate anywhere across the midfield, Szoboszlai has featured mainly on the left flank this season but has a tendency to come infield. He did just that during his goalscoring performance against Genk and a reprise of that role is likely to bring him into combat with Jordan Henderson.

The Liverpool skipper started on the right of Liverpool's midfield three last time out in the Champions League and is expected to do so again at Anfield.

Having previously featured mainly as a deep-lying midfielder, Henderson has been operating in a more advanced role in recent months and has a versatility to his game that can benefit both defence and attack.

In the Group E opener in Naples, he led the team in interceptions and passes in the opposition half, and if Szoboszlai does drift into his area, Henderson has the ability to counter that attacking menace and provide a threat of his own. 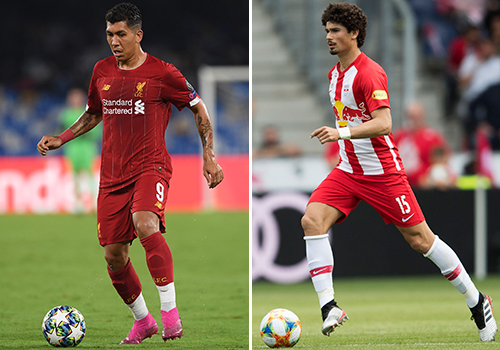 Salzburg have won the Austrian Bundesliga for six successive seasons and Brazilian defender Andre Ramalho has been a key figure in four of those.

Now in his second spell with the club following his return from German outfit Bayer Leverkusen in January 2018, the ball-playing centre-back is integral to the team's style.

His defensive diligence and ability to spray diagonal passes helped Marco Rose's side dominate last season and, under new boss Jesse Marsch, Ramalho has remained an ever-present this term.

The 27-year-old has played more minutes than any other outfield player under the American coach, scoring three goals and providing one assist in his 11 games.

His ability on the ball is intrinsic to Salzburg building up attacks from the back but Ramalho is unlikely to be afforded time to do that at Anfield.

With Roberto Firmino leading Liverpool's press with indefatigable tenacity, it will be a real test for his compatriot in and out of possession.

The Reds No.9's purposeful flicks and tricks have bewildered many an opponent in the Premier League and he's already bagged three goals this season.

In Europe, Firmino has played in 42 out of 43 ties under Klopp and stands third in the list of Liverpool's all-time goalscorers in the European Cup, with 15 goals, behind only Steven Gerrard (30) and Mohamed Salah (16).

The outcome of this battle of two Brazilians who are intergal to their teams could prove pivotal to the match.

The media on Salzburg 0-2 Liverpool: 'Never doubt this team'