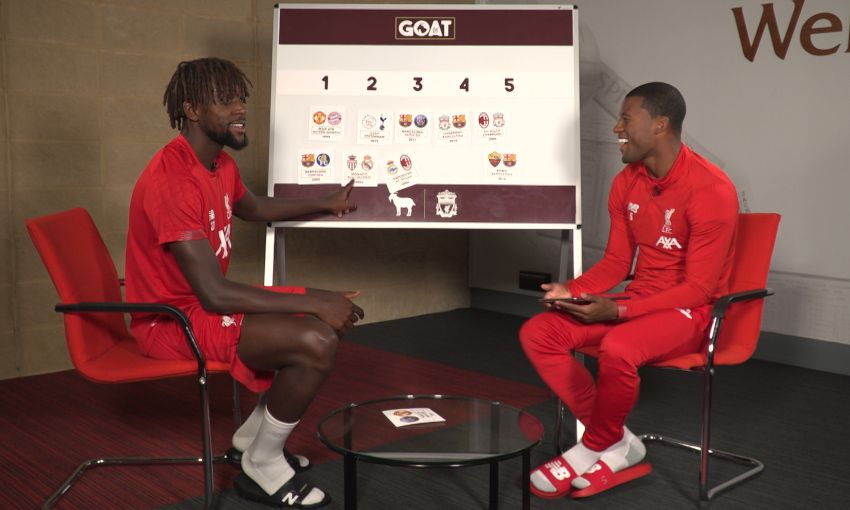 They scored the goals that completed what many believe to be Liverpool's greatest Anfield turnaround against Barcelona in May - but what do Divock Origi and Georginio Wijnaldum consider to be the best Champions League comeback of all time?

In the latest episode of LFCTV GO's GOAT List, the pair try to order a shortlist of classic fightbacks from the modern-day era of the competition.

That 4-0 win over Barcelona in May is up for debate, as is the Reds' 2005 triumph in Istanbul when AC Milan were defeated on penalties against all odds.

But which games will make Origi and Wijnaldum's top five - and in what order?