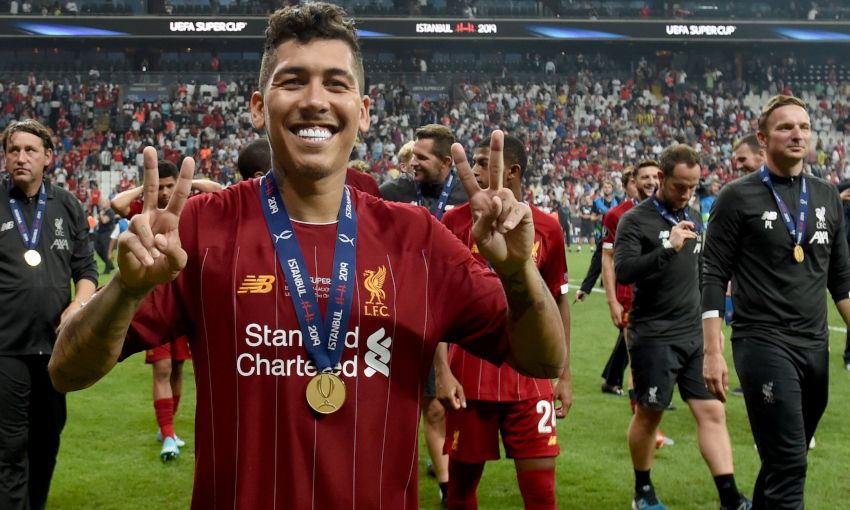 Adrian was Liverpool's hero as his save from Tammy Abraham earned the club's fourth UEFA Super Cup against Chelsea in Istanbul.

Olivier Giroud had given Frank Lampard’s side a first-half lead but Sadio Mane equalised and then scored a superb goal in extra-time to edge the Reds in front.

However, Jorginho quickly levelled from the spot and a penalty shootout was required to decide the victors.

After Mohamed Salah had converted to put the Reds 5-4 up, Adrian thwarted Abraham to ensure more European glory for Jürgen Klopp’s charges.

Here is the what the media made of the contest…

There was much to admire about Adrian’s performance here. The Spaniard was called into action more than he would have liked, yet responded with several smart saves to keep Chelsea from running away with it. Replays later proved that he had been unfortunate to give a spot-kick away, the lack of contact with Tammy Abraham only made clear by one particular angle. But that was all rendered irrelevant by his save from the Blues forward in the shootout after an energy-sapping period of extra time. A trophy on your first start? Beat that.

Don’t ever doubt Roberto Firmino’s importance to this Liverpool team. The Reds remain the Kings of Europe, coming from behind to beat Chelsea on penalties in the UEFA Super Cup, after a pulsating 2-2 draw in Istanbul. But it took the Brazilian’s arrival to get them back on track. Mane’s best friend? Firmino certainly brought the best out of Sadio here. Liverpool’s No.10 scored twice, but both goals were made by their brilliant No.9. Liverpool, quite simply, look a different team when he is fit and firing. His intelligent movement, subtle touches and awareness of teammates’ positions make him one of the world’s premier centre-forwards, and they were all on display as he dragged Chelsea’s defence all over the Turkish capital.

Every player is important for Klopp, but some are more important than others. And while Alisson Becker's absence has been lamented, it's his compatriot Firmino whom Liverpool can ill afford to be without for any great period. The Brazilian does more than just assist his fellow forwards, however. His welcome tendency to drop deep also brings midfielders into play.

As the minutes rack up for his players, so the trophies start to amount at Liverpool for Klopp. The German will probably be far more bothered about the former in the long run. But he still so jubilantly revelled in the moment of victory in the 2019 Super Cup, which came well into Thursday morning in Istanbul. That debutant goalkeeper Adrian made the key save in the shoot-out will only add to that euphoria: getting his Liverpool career off to the best possible start. Adrian stood strong. Liverpool were finally leaping about. Another trophy. Although another long night.