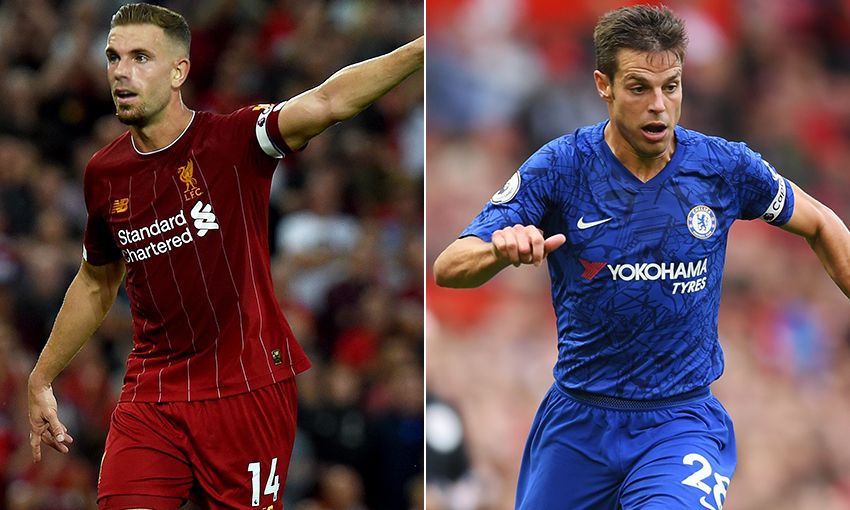 Liverpool will be seeking to lift the UEFA Super Cup for a fourth time when they take on Chelsea in Istanbul.

The Reds were the last English team to win the trophy, back in 2005, when they beat CSKA Moscow 3-1 after extra-time.

Liverpool went into that clash as Champions League winners and will do so again at Besiktas Park on Wednesday when Jürgen Klopp's men take on Europa League holders Chelsea, now under of the management of Frank Lampard.

It will be the 11th time the clubs have faced off in UEFA competition since first meeting in the Champions League 14 years ago and we've picked out three key battles that could decide this one... 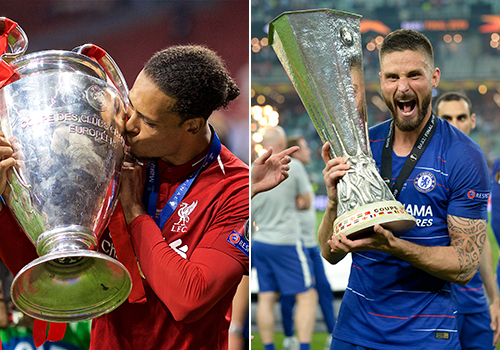 Liverpool's Player of the Year 2019 made a scoring start to the new season as Virgil van Dijk headed in Liverpool's third goal in the 4-1 Premier League win over Norwich City at Anfield last Friday.

The towering centre-back also led the Reds back four in tackles (three), clearances (three), interceptions (five), duels won (88.9 per cent) and passes (57) with yet another commanding performance that has become the trademark of the Dutchman's Anfield career to date.

Looking to contest that colossus copyright in the Super Cup final is likely to be French striker Olivier Giroud, who scored the opening goal in Chelsea's 4-1 Europa League final victory against Arsenal and could be given the nod ahead of Tammy Abraham.

At 6ft 3in tall, Giroud is a physical match for Van Dijk and will offer a different kind of problem to those the centre-back faced against the Canaries.

A supreme target man, Giroud was introduced as a second-half substitute against Manchester United on Sunday as the Blues hit more and more crosses into the box seeking an equaliser.

Though he was unable to prevent a defeat at Old Trafford, the Chelsea man provides a focal point for their attack with his aerial quailty, liking for a lay-off, and eye for a key pass - but he also has the knack in front of goal, scoring 105 times in 253 games for former club Arsenal and 18 for his current team to date. 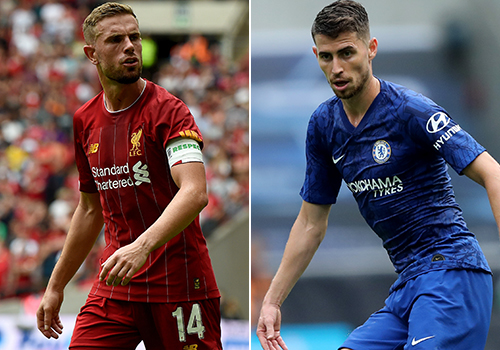 As Maurizio Sarri's deep-lying playmaker last season, Jorginho made more passes (3,118) and had more touches of the ball (3,551) than any other player in the Premier League.

Playing at the base of a midfield three, the Italy international was the metronome that made the Europa League winners tick. His technique and varied array of passing from tight spaces provided the foundation for the Blues' style of play.

Now part of a double pivot in Lampard's preferred 4-2-3-1 formation, the 27-year-old has more licence to get forward with his midfield partner - either N'Golo Kante or Mateo Kovacic - staying in to cover.

On Wednesday night, Jorginho will likely have to deal with the threat of Liverpool skipper Jordan Henderson, who once again featured as an advanced midfielder against Norwich last week.

Moved to a more forward position in the latter stages of the 2018-19 campaign, Henderson excelled against Chelsea last time out and set up Sadio Mane's opener in the 2-0 win over the Blues at Anfield last term.

Revelling in the creative role, the No.14 chipped in with four more assists and a goal during the last 10 games of the season.

Against Norwich, the captain made 40 of his 54 passes in the opposition half - more than any other midfielder or forward - and his two shots on goal were only bettered by Roberto Firmino.

A reprise of that responsibility would bring Henderson into direct opposition with Jorginho and the winner of the battle could well dictate proceedings. 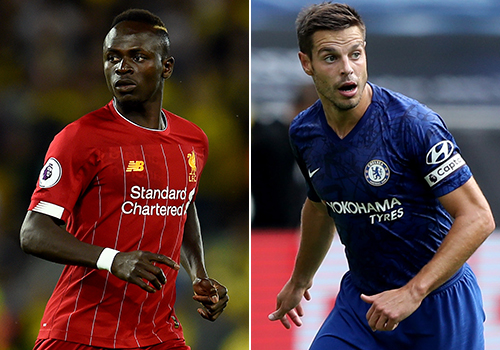 Sadio Mane only returned to Melwood last Monday after helping Senegal reach the final of the Africa Cup of Nations during the summer but showed no signs of rust during his 15-minute cameo off the bench against Norwich on Friday.

Replacing goalscorer Divock Origi on the left flank, the LFC No.10 was quite literally quickly into his stride, raiding down the wing with the trademark pace and trickery that resulted in 26 goals and five assists last season.

Coming off the back of those career-high stats, and looking like he has never really been away, Mane could well be restored to the starting line-up in Istanbul.

The man charged with shackling the Reds forward will likely be Chelsea skipper Cesar Azpilicueta.

A full-back with natural centre-back instincts, the experienced Azpilicueta could be moved inside, with Davide Zappacosta coming in at right-back, as Lampard looks to shore up a backline that conceded four goals in their last outing.

However, given Mane's ability to attack the flank or drive at goal, the pair are certain to come into direct confrontation if both feature in Istanbul.

The media on Super Cup win: 'Firmino one of world's premier forwards'