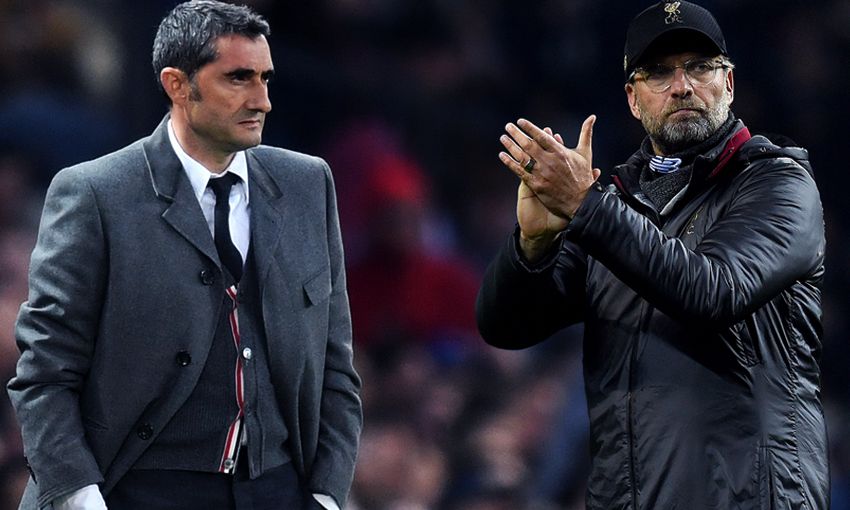 From Bilbao to Madrid: LFC's five best wins in Spain

Two of the most successful sides in the history of the European Cup meet on Wednesday night as Liverpool travel to Camp Nou to face fellow five-time winners Barcelona.

An eagerly anticipated two-legged Champions League semi-final stands between the pair and a chance to compete for a sixth title in this season's final in Madrid.

Barcelona head into the first leg having beaten Levante 1-0 on Saturday to secure a fourth La Liga title in five years, while Liverpool beat Huddersfield Town 5-0 on Friday night to continue their Premier League title tussle with Manchester City.

The Reds' Catalan opponents are chasing a treble having already booked a place in the final of the Copa del Rey, so what can we expect from Ernesto Valverde's side on Wednesday night?

We caught up with BarcaBlog writer and The Barcelona Podcast co-host Francesc Tomas (@TheBarcelonaPod) to find out...

Barcelona clinched the Spanish league title at the weekend, but where does this current side rank amongst the teams of the recent past? 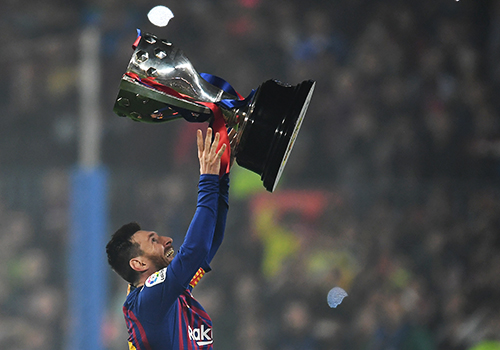 There's no doubt that the current Barca side are one of the best in history if you just look at the results. However, Barca fans are really demanding and romantic as well, so, it's always going to be a comparison back to the dream team from Johan Cruyff in the 1990s and also Pep Guardiola's fantastic era. And even the MSN (Messi, Suarez, Neymar) era with Luis Enrique in charge.

All those three teams are ahead of the current Barca, because their football was far more spectacular. With Barca fans always having attacking football at the heart of their feelings, I think the current team ranks fourth behind those three.

Do you think the fact Barcelona have already wrapped up La Liga gives them an advantage in Europe?

I think it absolutely gives them an advantage. Barca have more time to prepare between matches, are able to play the 'B team' over the weekend, or players that are not always regulars, and give time to the likes of Arturo Vidal or Samuel Umtiti - players that could potentially make the team against Liverpool. That can only be a positive. 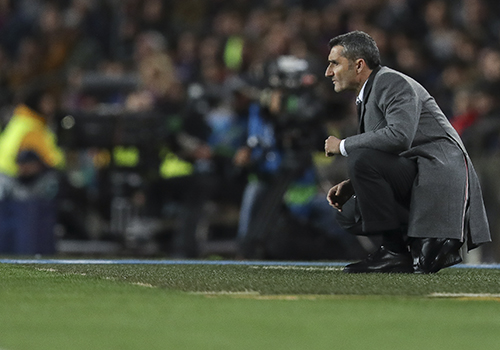 He's a very conservative coach compared to what we are used to at Barca. This current side are built more from the back forward, rather than having all the weight on the shoulders of Messi and Luis Suarez.

This is a team in which Gerard Pique has grown enormously and the injury to Umtiti has unexpectedly allowed Clement Lenglet to become more effective too and improve building from the back. The full-backs give us a lot of power too and up front we have Messi, who is much more rested and purer in his game.

He understands now that he cannot play every single minute of every match and he has been focusing on the Champions League and he's geared up to lift his fifth European Cup. That has been the focus all season.

This team always plays in the way Messi plays. He is the motor, he is the engine, he is the vision and also the finisher.

How is the tie with Liverpool being portrayed in the Spanish media?

The Spanish media are being cautious and respectful. I don't think we have ever beaten Liverpool at Camp Nou. They are portraying Liverpool as a rival that will absolutely be difficult for Barca to beat, but at the same time, there won't be any fear from a team that has Messi in it. And let's not forget, there is great depth below the starting eleven.

Other than Lionel Messi, who has been Barcelona's star player this season?

Beyond Messi, it's probably Pique. He has grown enormously and the fact that he has retired from international football has helped his preparations. He has been focused solely on making Barcelona the very best team they can be. The team's defensive numbers are as good as they are because they're based on Pique's excellence.

He has been leading in way that Carles Puyol would be proud of and the whole team has been solid at the back.

Marc-Andre ter Stegen has been very good too, but this is Barca so we don't usually highlight defenders or goalkeepers as star players. However, I think based on the Valverde approach it has to be done. 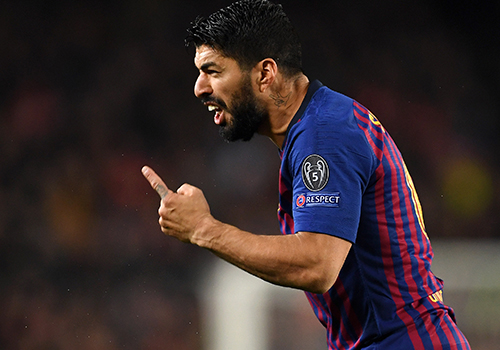 And who has been the unsung hero?

I would say Luis Suarez. He has come in for some criticism but he has been stellar for Barca since the moment he signed, and definitely this season.

His connection with Messi makes Messi better. I think their understanding is second to none in world football and his numbers in La Liga - 25 goals and 12 assists last season and 21 goals and six assists so far this term - speak for themselves.

We are in the Champions League semi-finals, have already won La Liga and are in the final of the Copa del Rey, and that's definitely down to his contribution.

Which areas do you think the teams will look to exploit in each other?

As it's always been with Barca, whenever a full-back is pushed forward that is an area to exploit. For example, if Jordi Alba zooms forward down the left wing, which he is going to do all the time, anyone who can capitalise on the gap may have a chance. And on the other side too.

However, whoever is keen enough, dynamic enough and intrepid enough to get into the gap will still have to face Lenglet and Pique. But I think that's probably the best way to catch us out... but don't tell anyone.

Which Liverpool player do Barcelona fear the most?

I don't think Barca fear any player in any team. Obviously, we know Virgil van Dijk has been a rock at the back, improving the solidity of the defence and making the team surer and more confident of the backline when they go forward.

They know that regardless of whether they lose the ball, whether they don't finish a move with a shot and so on, there is a world-class central defender behind them.

What have you made of Jürgen Klopp and Liverpool this season?

I don't think there are any lovers of football who don't appreciate what Jürgen Klopp has done - not only with Liverpool, but also Borussia Dortmund.

His players leave their souls on the pitch and Liverpool have several players up front who are incredibly speedy, which is something that could hurt Barca.

Being where they are in the Premier League with just two games to go is incredible - especially as Pep Guardiola is coaching Manchester City. Klopp is a world-class manager.

How do you expect Barcelona to line up? 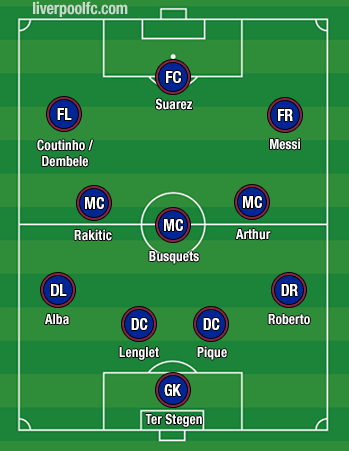