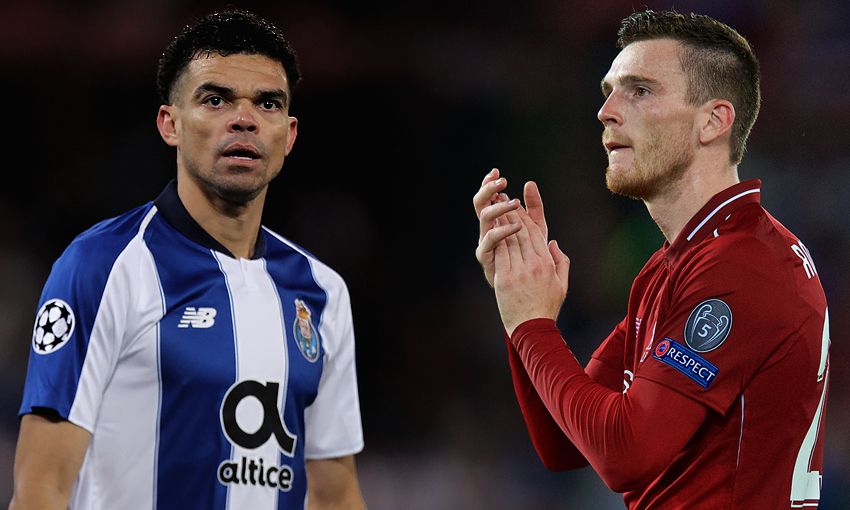 A place in the semi-finals of the Champions League is at stake when Liverpool face FC Porto at Estadio do Dragao on Wednesday night.

The Reds take a 2-0 lead to Portugal after goals from Naby Keita and Roberto Firmino secured victory in the first leg at Anfield.

Jürgen Klopp's men won 5-0 at Porto in the last 16 of the competition last term and Liverpool are unbeaten in seven meetings with Os Dragoes.

Here are three key battles that could decide the outcome tonight... 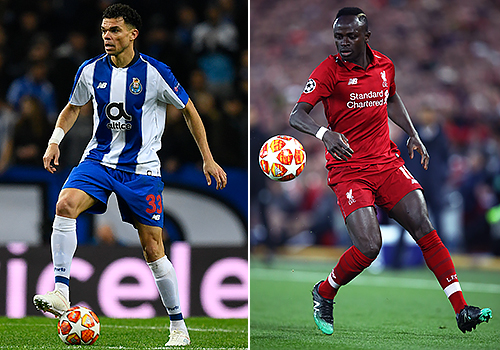 Suspended for the first clash at Anfield, veteran centre-back Pepe is expected to return to the heart of Porto's defence and brings a wealth of experience with him.

The 36-year-old defender collected three Champions League winner's medals during a decade at Real Madrid and won Euro 2016 with Portugal.

Signed from Besiktas in January this year, he's already played 17 games during his second stint with Porto, with whom he won the league title in 2005-06 and 2006-07, becoming one of the mainstays of Sergio Conceicao's side.

Renowned for his tough tackling and physical approach to defending, he'll have to draw on all his know-how to deal with Liverpool's pacy and fluid front three. 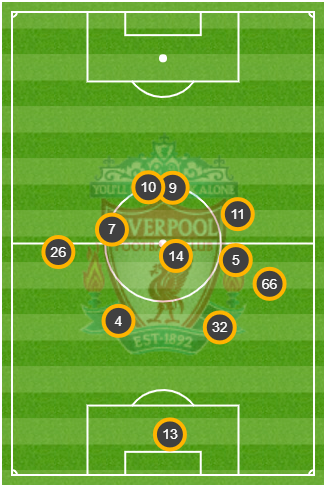 Sadio Mane scored a brace in Liverpool's last European away game - a 3-1 win at Bayern Munich - playing in a more central attacking role and will be Pepe's chief tormentor if deployed similarly on Wednesday.

The Reds No.10 scored a hat-trick the last time he stepped out at Estadio do Dragao and is in particularly good form heading into this match, having scored 12 goals in his last 15 appearances across all competitions.

Fleet-footed, excellent with the ball and relentless, Mane has everything required to trouble any defender in the world and has emerged as one of Liverpool's clutch players this season. 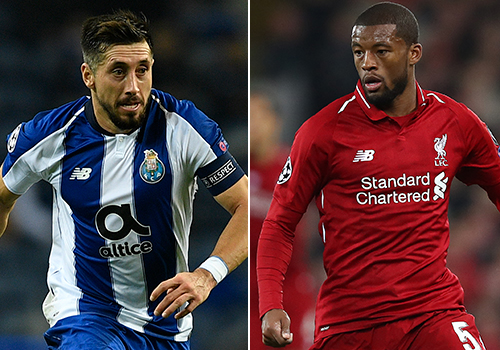 Captain Hector Herrera was suspended for the first leg at Anfield and his forward runs and ability to shoot from long range was a big miss for the visitors.

He may not get the headlines of star players like Yacine Brahimi and Moussa Marega but the deep-lying midfielder is a vital cog in the Porto machine and no teammate has made more appearances than the 28-year-old this season.

Likely to feature in a double pivot alongside Danilo Pereira, he will also be tasked with getting forward and has chipped in with eight goals this campaign - only forwards Brahimi, Marega and Tiquinho Soares have more.

Lining up in opposition to Herrera could well be Georginio Wijnaldum, who came off the bench during the 2-0 win over Chelsea on Sunday but has been a mainstay of Liverpool's midfield this term.

Able to operate in either an attacking or defensive role, he has the tools to deal with Herrera's box-to-box style and also pose a threat of his own.

The No.5 played the full 90 minutes of Liverpool's last European away match at Bayern Munich and set up Mane for the opening goal of the 5-0 win the last time the Reds visited Porto. 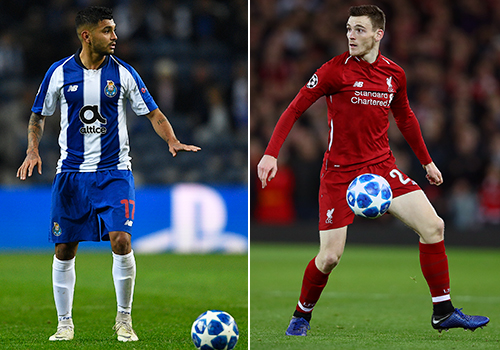 Able to play anywhere along the right flank, Jesus Corona operated more as a wing-back in the first leg at Anfield but should be restored to his more familiar role as a winger for the home leg.

The 26-year-old Mexican international provides a key feature of Porto's quick attacks - along with Brahimi on the opposite wing - as the wide men like to carry the ball into more central channels and allow the full-backs to overlap.

More than happy to deliver a cross from out wide too, Corona leads the team with 14 assists this season and has also chipped in with five goals.

Looking to cut out the supply line from the winger will likely be Liverpool's Andy Robertson, who was suspended for last week's clash.

Recently dubbed the best left-back in the country by defensive partner Virgil van Dijk, Robertson leads the Reds with an average of 2.3 tackles per game in the Premier League this season.

But the Scotland international is equally adept when going forward and his 11 assists in all competitions this term is more than any other Liverpool player.

It will be an intriguing battle on the flank with both men statistically likely to play a key role in creating goalscoring opportunities.