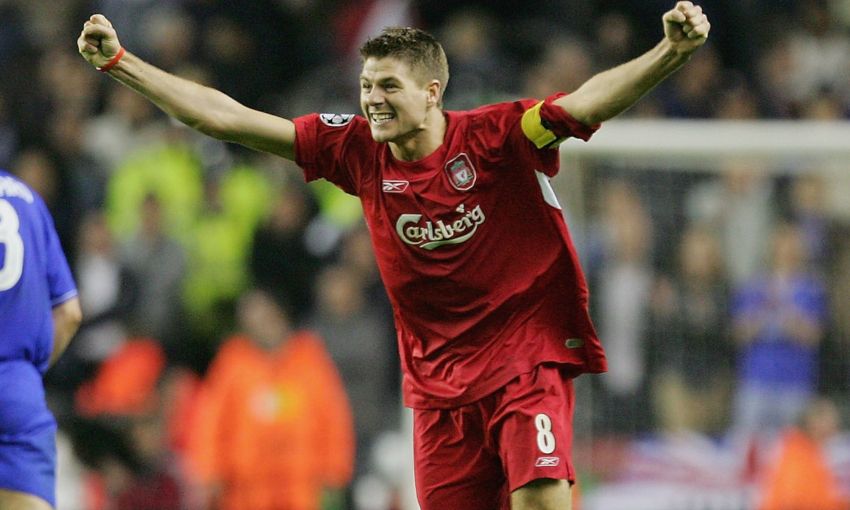 As Liverpool prepare to host Napoli in a crucial and potentially dramatic Champions League tie at Anfield, we have picked out 10 of the most unforgettable European occasions at the stadium.

After so many thrilling nights under the floodlights, picking out our favourites was a difficult - but enjoyable - challenge.

Take a walk down memory lane with our list below...

Rafael Benitez guided Liverpool to the Champions League final with a never-to-be-forgotten victory over Jose Mourinho's Chelsea. After a goalless draw at Stamford Bridge in the first leg of the semi-final, hopes were high that the Reds could make this a special night. Fans gathered inside the ground earlier than usual and the atmosphere was truly something to behold.

When the action got under way, the home side made the perfect start - Luis Garcia netted in the fourth minute with a goal that of course crossed the line. 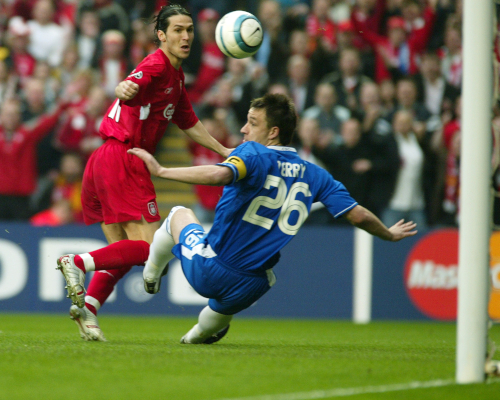 The drama continued until the very end and, with six minutes of stoppage-time added, Eidur Gudjohnsen had a last-gasp chance to win the tie for Chelsea on away goals. Anfield held its collective breath but the shot was dragged wide in front of the Kop and Liverpool were off to Istanbul.

This is the night David Fairclough was immortalised.

Coming into the game on the back of a 1-0 first-leg defeat in France, the stage was set as a crowd of 55,043 packed into Anfield. The deafening roar from the Kop grew even louder when Kevin Keegan levelled the tie in the second minute.

Their cheers were temporarily silenced on 51 minutes as Dominique Bathenay fired a spectacular effort beyond Ray Clemence - but Ray Kennedy edged the hosts back in front to set up a grandstand finish. 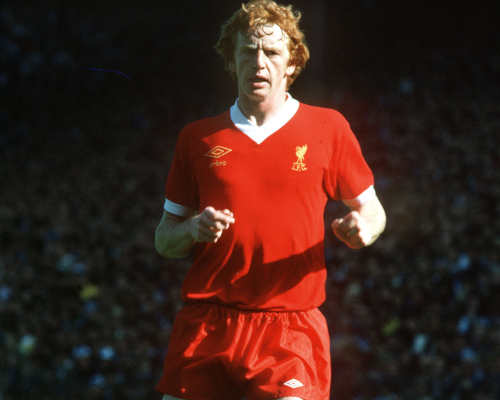 In search of the all-important third goal, Bob Paisley turned to Fairclough, who came off the bench in his trademark No.12 shirt as a replacement for John Toshack.

And six minutes from time, the substitute latched onto Kennedy's ball over the top and kept his cool to net the winner in front of the swaying Kop.

Fairclough had laid the foundations for the club's first ever European Cup win.

For some, this remains the greatest ever European night at Anfield.

After winning the FA Cup for the first time against Leeds United at Wembley, Bill Shankly's men stepped into a red-hot atmosphere for the European Cup semi-final first-leg tie. 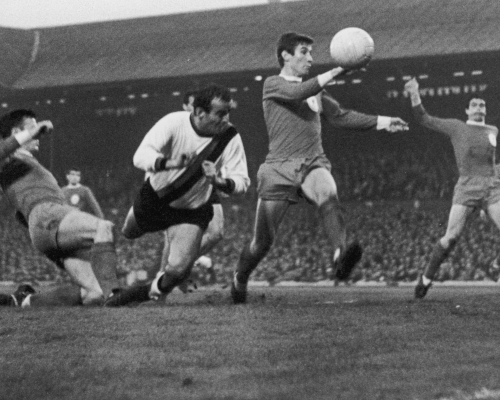 With Liverpool taking the game to their opponents, Roger Hunt opened the scoring after just four minutes, but the lead did not last long - Alessandro Mazzola gave Inter a priceless away goal.

Ian Callaghan restored the Reds' advantage, though, and Ian St John capped off a special evening for the Anfield crowd by making it 3-1.

Inter would go on to win the tie on a controversial night in Italy, but memories of the first leg remain precious to those who witnessed it.

The equation was simple: win by two clear goals and the knockout stages of the Champions League beckoned for Liverpool.

Except, the Reds never do things the easy way, especially when Rivaldo drilled a free-kick beyond the reach of Chris Kirkland in front of the Kop for the opening goal. 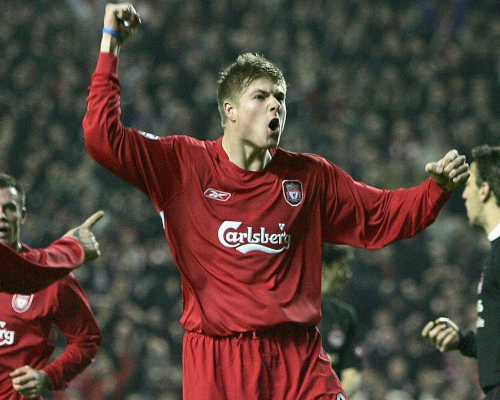 Benitez played his first card as he unleashed Florent Sinama-Pongolle from the bench and he levelled the scores two minutes after the restart.

Academy graduate Neil Mellor was then brought on and had a night to remember. He made it 2-1 with 10 minutes to play and it was his cushioned header that teed up Steven Gerrard for a sensational and decisive strike.

Anfield staged a European showpiece when Liverpool met Bruges in the first leg of the UEFA Cup final.

Things did not get off to a good start, however, as the Belgian outfit established a 2-0 lead going into the half-time break. 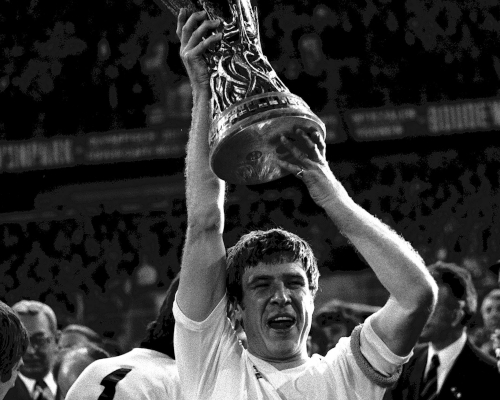 But a glorious five-minute spell in the second half turned the tie on its head; Kennedy scored on 59 minutes, substitute Jimmy Case equalised two minutes later, and Keegan netted a 64th-minute penalty.

The latter scored in the second leg, too, as the Reds won 4-3 on aggregate to lift the UEFA Cup.

Dejan Lovren headed home a memorable winner in front of the Kop as Liverpool reached the Europa League semi-final after an incredible victory over Borussia Dortmund.

Following the 1-1 first-leg draw in Germany, Jürgen Klopp was hoping to inspire his side to a famous triumph over his former club.

On the eve of the Hillsborough anniversary, both sets of supporters joined together to pay a touching tribute to the 96 before the game. 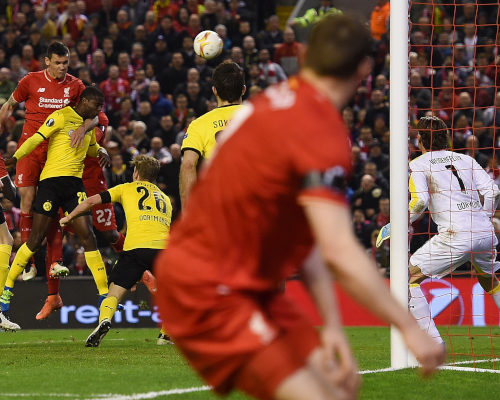 Dortmund made an unbelievable start to go 2-0 up after just nine minutes and, though Divock Origi pulled a goal back at the start of the second half, Marco Reus soon restored the visitors' cushion.

Yet Liverpool were not done.

Philippe Coutinho's superb finish was followed by a Mamadou Sakho equaliser with 12 minutes left to play.

And just as the home side's hopes looked to have been extinguished, James Milner crossed from the right and Lovren powered home a header to send the crowd wild with delight.

Another Champions League semi-final against Chelsea... and the same outcome.

On this occasion, a 1-0 first-leg defeat at Stamford Bridge had to be overturned.

An expectant crowd packed into Anfield early and their support was rewarded when Daniel Agger netted in the 22nd minute after a clever free-kick routine. 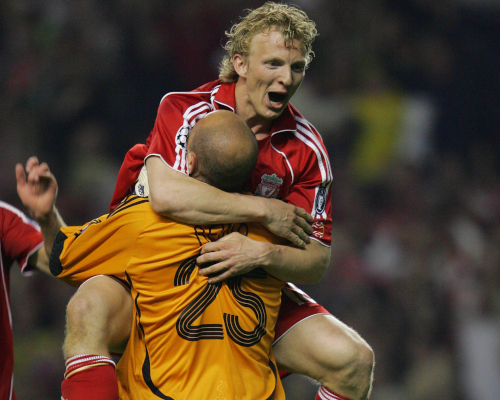 With Jamie Carragher making a record-breaking 90th European appearance in a red shirt, he and Agger nullified the threat of Didier Drogba.

And Pepe Reina was the hero in the subsequent penalty shootout, saving two spot-kicks from Arjen Robben and Geremi.

It was left for Dirk Kuyt, the man for the big moments, to slot home the winning kick and send the Reds to Athens.

Liverpool produced an absolute masterclass to take Real Madrid apart in the Champions League at Anfield.

Fernando Torres opened the scoring and Gerrard added a double, including a penalty. 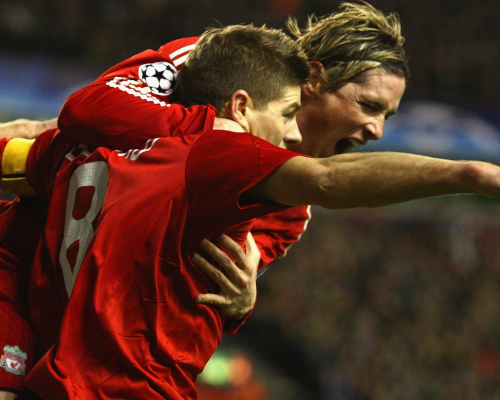 Substitute Andrea Dossena then came off the bench to net a last-minute goal and wrap up a stunning 5-0 aggregate victory over the tournament's most successful team.

Many neutrals had Pep Guardiola's side as overwhelming favourites but Klopp's men came up with the perfect game plan to blitz the visitors. 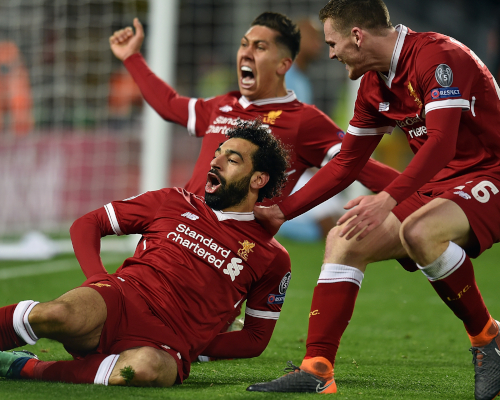 Liverpool were 3-0 up after just 31 minutes. Mohamed Salah netted the opener, Alex Oxlade-Chamberlain blasted in a spectacular strike and Sadio Mane was also on the mark.

The clean sheet in the second half proved just as vital as the Reds marched on to the semi-finals.

Liverpool won their first ever European trophy with a 3-2 aggregate victory over German outfit Borussia Moenchengladbach. 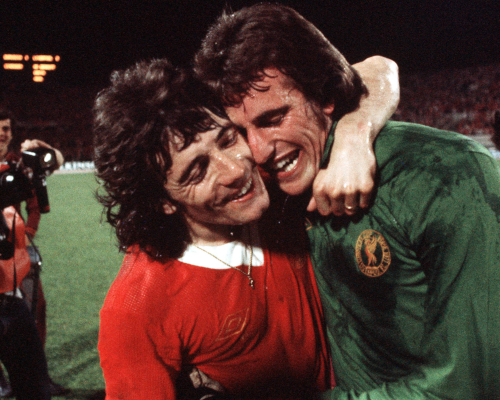 The first leg at Anfield was a thrilling affair as Keegan - who also missed a penalty - scored twice and Larry Lloyd was on the mark.

Clemence saved a spot-kick from Jupp Heynckes to ensure a 3-0 victory and the stop turned out to be vital; a 2-0 loss in the reverse meeting was not enough to prevent Shankly's Reds from winning the first of the club's many European trophies.