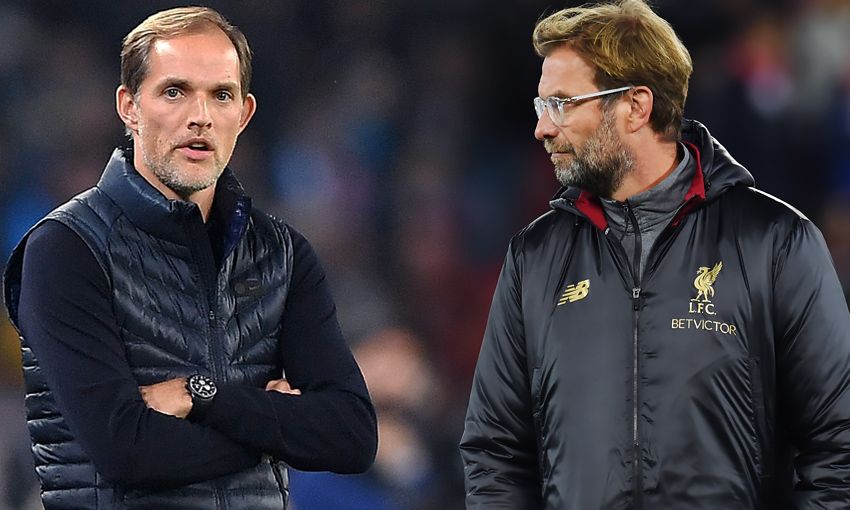 Liverpool are in France for tonight's Champions League clash with Paris Saint-Germain seeking to do the double over their Group C rivals.

The Reds beat Les Parisiens 3-2 at Anfield in a thrilling encounter in September and handed Thomas Tuchel's side what remains their only defeat of the season across all competitions.

The reigning French champions made it 14 wins out of 14 in Ligue 1 on Saturday as they beat Toulouse 1-0.

PSG were without injured star duo Neymar and Kylian Mbappe, but Tuchel has confirmed both will feature against the Reds at the Parc des Princes.

A repeat victory for Liverpool would see them secure progress to the Champions League knockout stages with a game to spare, should Red Star Belgrade fail to beat Napoli in Italy on the same matchday.

So, what can we expect from Liverpool's French hosts in this high-stakes clash?

We caught up with ESPN FC's Paris-based PSG and France correspondent Jonathan Johnson (@Jon_LeGossip) to find out...

Is this a must-win match for PSG?

Absolutely. Considering that PSG have twice fallen in the round of 16 in each of their last two Champions League campaigns after a sustained spell of quarter-final finishes (which were later deemed unsatisfactory), dropping into the Europa League or exiting in the group stage this season would represent another step backwards.

How do the fans view Les Parisiens' progress under Tuchel? 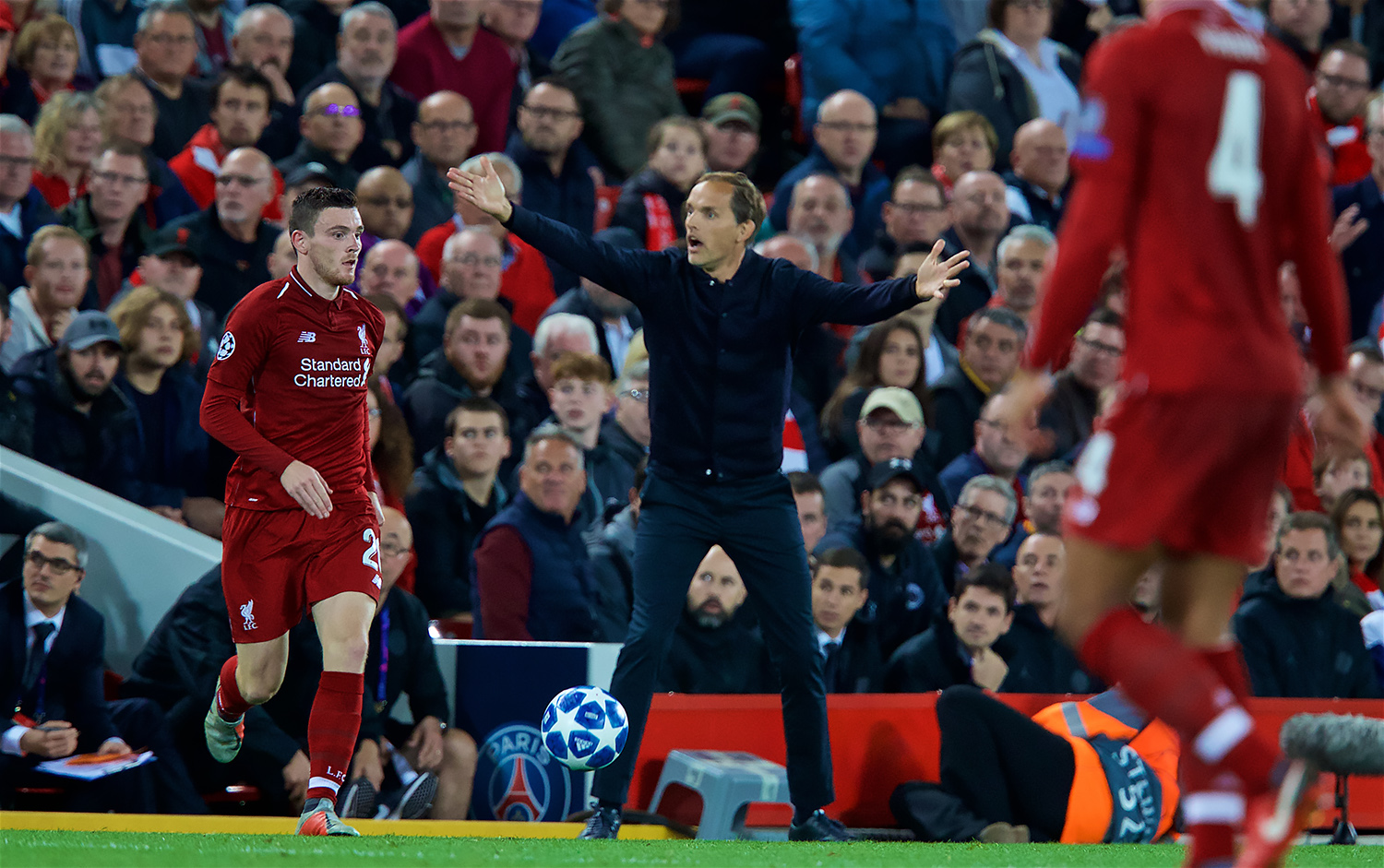 Overall, PSG supporters feel optimistic under Tuchel and they have reason to be. Although the team lost to Liverpool in the opening Group C fixture, they now have almost every member of the senior squad operational and have won every league match this term.

Of greater importance than the positive results, which admittedly have become something approaching customary going into Champions League games, fans are pleased with the greater intensity shown by their side under the German and his tactical versatility.

What changes in tactics or personnel will the manager make to the team that lost at Anfield?

One big difference between the PSG team that lost at Anfield at the start of the group stage and the one that we will see at Parc des Princes on Wednesday is that, barring a late injury in training, Marco Verratti will be there.

It is no understatement to say that the Italy international is absolutely integral to this side and not only because the French capital outfit do not boast the greatest strength in depth. Verratti is metronomic, dictates play for PSG from the middle of the pitch and his quality was sorely missed at Anfield.

In Tuchel's favoured 3-4-3 formation, or a 4-2-3-1 set-up, the Azzurri star is one of the only natural central midfielders available to the German, so his availability and the introduction of Gianluigi Buffon's experience in goal will be two key differences.

That defeat remains PSG's only loss of the season - so, is there a sense of revenge?

No. PSG will not be motivated by the prospect of revenge against Liverpool as it was a narrow loss at Anfield despite the superiority that Klopp's men enjoyed for large swathes of the 90-minute encounter.

Instead, Tuchel and his players will be motivated by knowing that a win could see them seize control of Group C and that anything other than all three points could end their European hopes. It is do or die, so the motivation will be the same as it would have been against either Napoli or Red Star Belgrade.

Who has emerged as the driving force for PSG since that early-season clash on Merseyside? 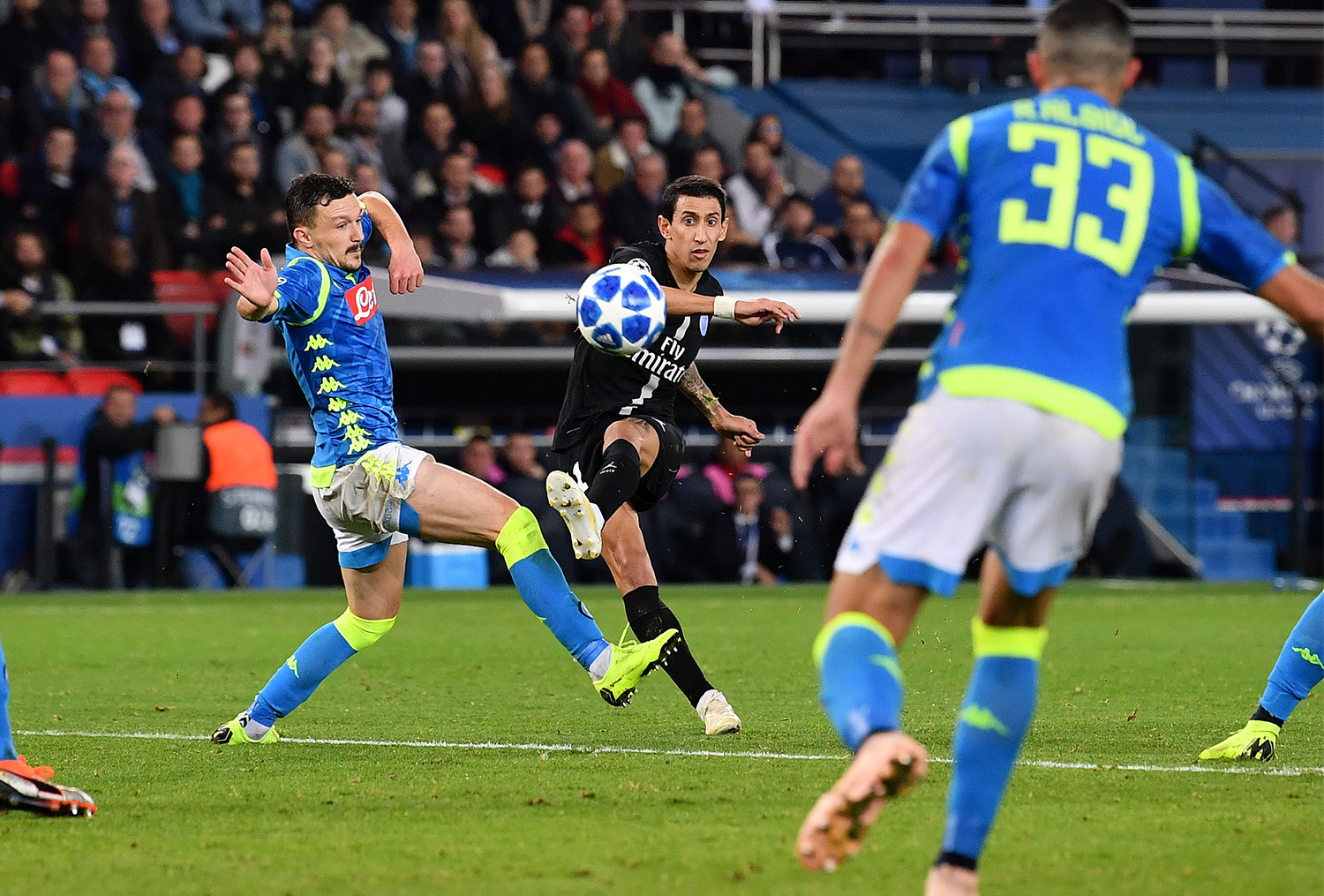 It goes without saying that players like Neymar and Mbappe are extremely influential and that is reflected by some of PSG's individual statistics. However, somebody who has chipped in significantly since the start of the season, particularly in the Champions League, is Angel Di Maria.

Having won the competition with Real Madrid, you know that the Argentina international is a quality player and he often steps up to fill the void when the Brazilian and the Frenchman are unavailable, or when the team needs a flash of inspiration - like his stunning late equaliser against Napoli in Paris.

Now 30, he deserved his recent contract extension and remains one of PSG's key men.

Will Neymar and Mbappe play?

Neymar and Mbappe were both fit enough to train in the days building up to the match, so the pair are likely to feature heavily. As Tuchel pointed out last week, 'being deprived of either of them would change everything' for this match.

How do you expect PSG to line up?

I think that Tuchel will go with as much firepower as possible because of the importance of a win, so I expect to see Neymar, Mbappe, Di Maria and Edinson Cavani on the pitch at the same time. To do so, he might have to get creative with his starting XI. 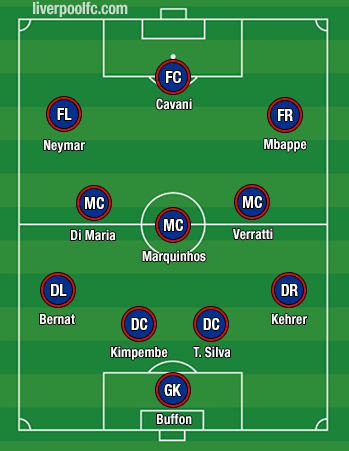 I think that PSG will win convincingly to send Group C into a dramatic final round of fixtures - 3-1.