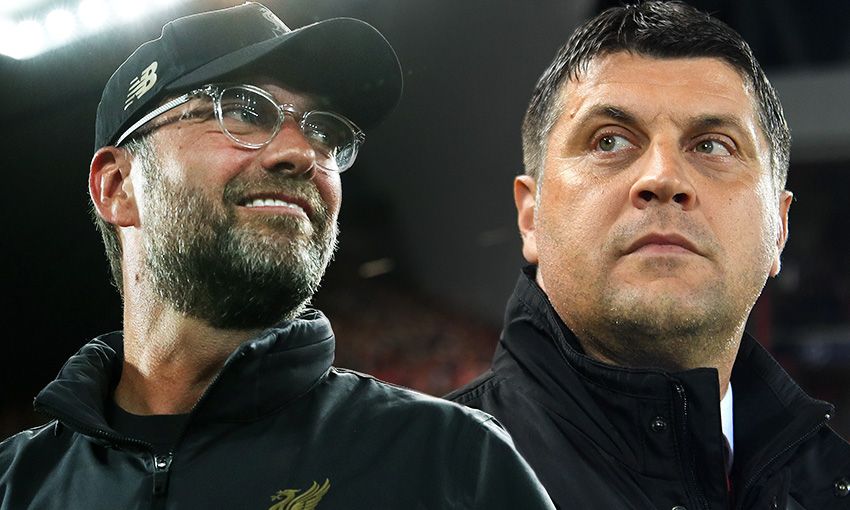 Liverpool take on Red Star Belgrade on Tuesday looking to consolidate their position at the top of Champions League Group C.

The Reds returned to the summit of the pool with a resounding 4-0 win over Red Star at Anfield a fortnight ago.

The Serbian outfit have picked up just one point from their three Group C matches so far, but have won two and drawn three of their five European games at home this season, conceding just once. Their opening pool game versus Napoli at the Rajko Mitic Stadium finished goalless.

So where could the game be won and lost in Belgrade? With the help of Mozzart Sport’s chief editor Dejan Stankovic, we've picked out three potentially pivotal duels... 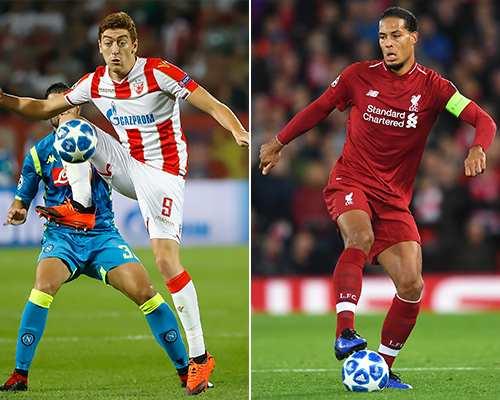 With Richmond Boakye an injury doubt, Milan Pavkov is expected to the lead the line for Red Star and will offer a different type of challenge to Virgil van Dijk and his fellow Liverpool defenders.

Big, strong and good in the air, the 6'3" Serbian has delivered a string of impressive performances since being given his chance by manager Vladan Milojevic.

That form, which includes two goals in his last three games, means the 24-year-old is expected to get the nod for the lone striker role ahead of versatile winger El Fardou Ben, who has previously played up top in big games in Boakye's absence.

Pavkov will be eager to take his chance, but he will be up against the formidable figure of Netherlands captain Van Dijk, who has been imperious for the Reds this season.

Renowned for his ball-playing ability and excellent reading of the game, the 6'4" centre-back relishes the physical side of the game too and can dominate a game aerially.

He won 100 per cent of his duels in the air and on the deck the last time the two sides met. 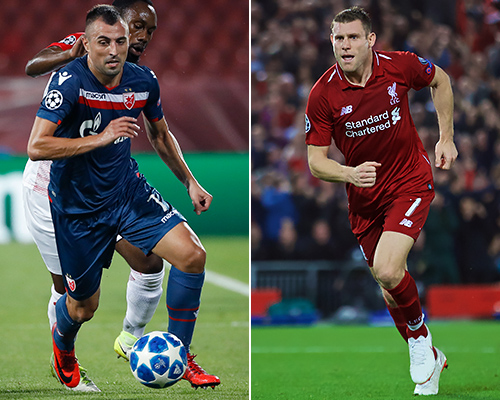 A holding midfielder who likes to bring the ball out from defence and initiate attacks, Krsticic is a vital cog in the Red Star machine.

He made more tackles and won more duels than any of his teammates at Anfield.

However, the attacking side of his game has been stifled somewhat by savvy opponents in the Champions League. This has stymied Red Star's transitions - and it's likely that the indefatigable James Milner could do the same for Liverpool.

Only full-back Andy Robertson has made more tackles for the Reds in the Premier League this season, and if the No.7 can win the ball high up the pitch he also has the quality to make it count.

The 32-year-old, who scored Liverpool's goal in the 1-1 draw with Arsenal on Saturday, set a new record for Champions League assists in a single season last term, notching nine to move ahead of Wayne Rooney and Neymar.

The winner of this battle could well set the tempo for the match. 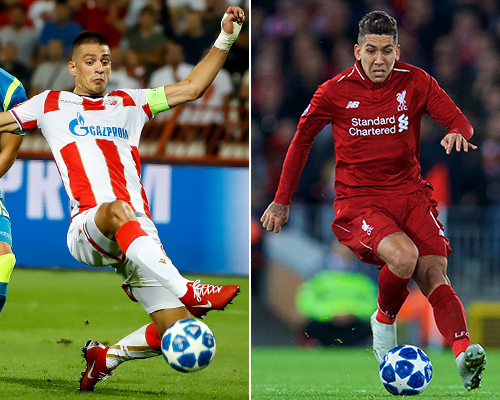 Roberto Firmino has netted 13 times in 18 appearances in the Champions League for Liverpool to become one of the club's most prolific goalscorers ever in the competition.

Only Steven Gerrard (30) and Ian Rush (14) have scored more times for the Reds in the European Cup - and if the Brazilian No.9 can reprise his role from the home tie against Red Star, he could move further up the ranking and push Liverpool towards the knockout rounds.

Firmino scored the opener in last month's 4-0 win at Anfield to move within one goal of Rush.

Red Star skipper Vujadin Savic was on the bench for the game on Merseyside but the centre-back is set to return to marshal his defence in Belgrade, replacing youngster Srdjan Babic.

Selected in the Serbian SuperLiga Team of the Season after winning the title with Red Star last season, the 28-year-old will be hoping to make a big difference at the back.

Savic played in every match of Red Star's successful qualifying campaign, when they conceded just one goal in four home ties, and also played the full 90 minutes of their 0-0 draw against Napoli.