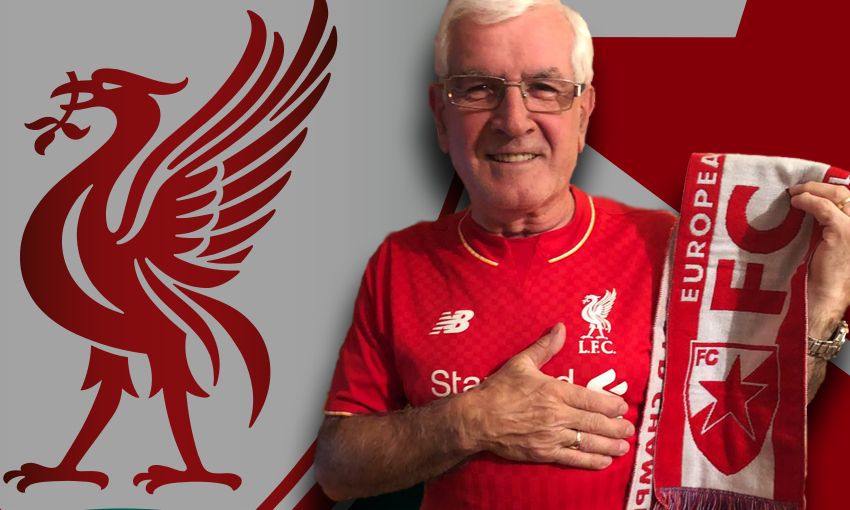 "My heart is split in two. But Liverpool have the bigger half."

Born and raised a Red Star Belgrade fan by his football-obsessed father, Cedomir 'Ched' Stankovic fell in love with Liverpool the moment he arrived on English soil in 1976 and first took his place among a throng of passionate Reds on the Anfield Road.

A Liverpool resident and adopted Scouser, 'Ched the Red' has now followed the club for more than 40 years.

He was at the Crvena Zvezda Stadium in his native Yugoslavia when the two sides last met, in the second round of the European Cup in 1973. The 22-year-old Cedomir cheered on his boyhood team on that occasion.

Forty-five years on, they face off once again in continental competition. But this time Ched is in the midst of an emotional tug-of-war due to his long-standing romance with the Reds.

The relationship began on that October night in Belgrade, when a formidable Zvezda beat Bill Shankly's Liverpool 2-1 and inspired the visitors to develop a new and soon-to-be all-conquering philosophy. 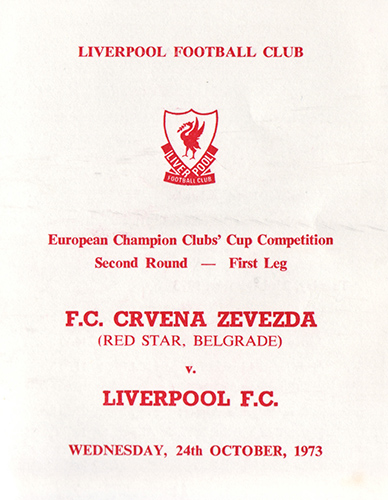 "Red Star were excellent back then," Stankovic recalls as he sips at a coffee. "Ten players out of eleven played for Yugoslavia.

"When the game started, Red Star, technically, were brilliant. They scored the first to make it 1-0. I still remember who scored: Slobodan Jankovic. And the second one was the big centre-half Vladislav Bogicevic."

It's a lucidity that pervades the 67-year-old's anecdotes.

"And towards the end, Chris Lawler went 'bang' under the bar," he notes. "Two-one it finished, but I said Red Star had no chance when they go back to Liverpool."

At Anfield, however, the away team survived the expected Liverpool pressure before going on to secure another 2-1 triumph.

"When I saw Liverpool at Red Star I fell in love with them," he says. "When I saw them all in red and this guy gesturing from the bench - who I now know was Bill Shankly - I could see there was something special about them.

"I followed Liverpool's results in Europe all the time when I lived in Yugoslavia. My brother followed them as well." 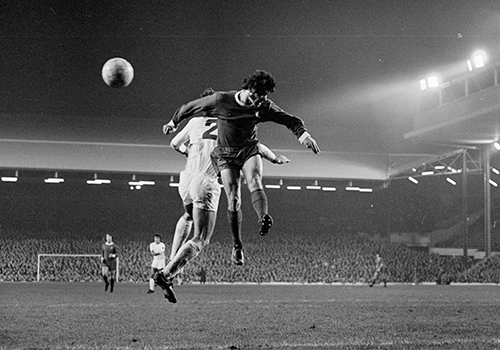 But it wasn't his burgeoning feelings for the club that eventually brought the young Stankovic from his homeland to Liverpool. It was a more conventional love, that of a girl from Merseyside.

"We started to write to each other. She said, 'Why don't you come to England?' I taught English in school, so I thought, 'That's a great idea, I'll better myself and speak better English.'

"In 1976, I came to England. I stayed for six months and the first time I went to Anfield to watch Liverpool I couldn't believe it. The atmosphere!

"I was on Anfield Road. My sister-in-law and her husband, they had a season ticket. I was just behind the goal."

Stankovic returned to Yugoslavia after his six-month visa expired but the following year he was back - his passport stamped with 'indefinite stay' and a work permit in hand - to continue his blossoming relationship with fiancé Agnes and the football club from down the road.

"One Saturday morning, my father in law - me and my wife were saving up to buy our first house and we stayed in my father's house for 10 months - caught me crying.

"He gave me a five-pound note and told me to get the 92b bus from Kirkby and go and watch Liverpool. 'It will cheer you up,' he said.

"I said, 'I don't know where the stadium is.' He said, 'Just follow the crowd.' It cost me £1.10 for a ticket, and Liverpool were champions at the time! 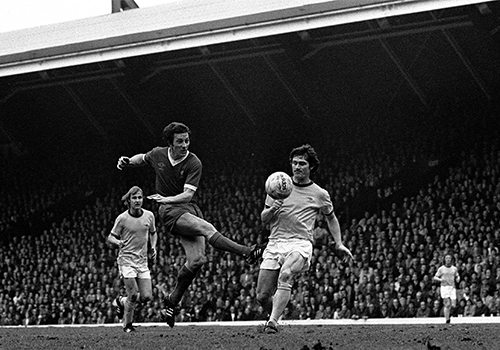 "I was stood on the Paddock. Jimmy Case scored a screamer. Since then I have been mesmerised. Liverpool's in my blood now.

"Since I stepped on English soil, my team was Liverpool."

Born in the Yugoslav town of Gradacac, Cedomir moved to Sarajevo aged nine as his father had to move with his job. But he remained a fan of the red and white club from the city of Belgrade, to the north east.

"I had to support Red Star because my father was really fanatical about them. He used to nearly break his fingers [with nerves] when they played," he states.

"It was a rainy day. In those days you could bring your umbrella to the ground and I remember a sea of umbrellas.

"We played the Belgrade derby against Partizan. It was a bit friendlier then.

"Red Star won - was it 3-1? This chap who scored the third goal, he was a centre-half, Rajko Mitic. That's the name of the stadium now."

The club had brilliant teams in the 1950s, '60s and '70s, winning multiple domestic titles and flexing their muscles in Europe. But with opportunity for great success comes the chance of great disappointment and in 1971 Red Star left Cedomir heartbroken. 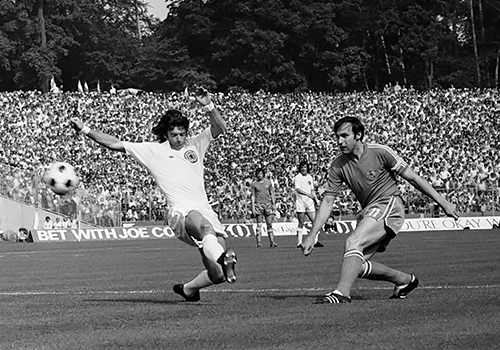 "In the European Cup semi-final, we lost to Panathinaikos [4-4 on away goals]," he recounts. "Our best player, Dragan Dzajic, couldn't play because he was away doing national service with the army. It could have been so different.

"In the last minute, our winger hits the ball from the side and it touches both posts and goes out and we got knocked out.

"I was 19 and crying my eyes out. I was a soldier doing national service. I wouldn't eat for three days. My commanding officer thought I was on hunger strike!"

A talented player in his youth, Stankovic has always had a strong bond with all things football, and despite being older and wiser he has shed tears for the Reds too.

"This May!" he says. "I was traumatised over the Champions League final.

"I was crying my eyes out. I just couldn't comprehend in my brain that we lost that match. When Sadio Mane equalised, I thought we would win.

Stankovic's emotional tie with Liverpool shines though as he regales his intriguing transition from Red Star to the Reds; a Scouse lilt decorating his Balkan accent.

He begins one such tale: "... after the first 20 minutes, Liverpool were winning 4-0 - it was against Middlesbrough.

"Before the match my sister-in-law said they were a very good side. They had this fella with a baldy head - [David] Armstrong - and a chap from my home town Sarajevo, Bozo Jankovic.

"I used to play against him in the league. At youth level really, just before you break into the first team. But my father said to me, 'You'll never make any money out of playing football, concentrate on your education.'" 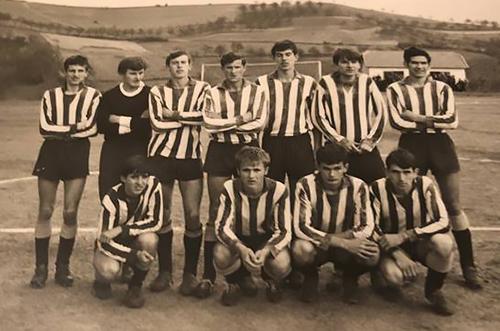 Stankovic (bottom right) with his teammates in Sarajevo in 1968

He would go on to become a skilled engineer, but would still relish the chance to see a great talent in action.

"The first Liverpool player I really zoned into was Kenny Dalglish," he explains.

"When I saw him and the way he was guarding the ball and defenders bouncing off him I fell in love with the way they played.

"Later, Steve McMahon was my hero. I was there when we beat Nottingham Forest 5-0 in 1988, and apart from Europe, that's the best match I've seen Liverpool play.

"His dedication in that match will stick in my mind until the day I die."

But Stankovic's affinity is not just for the club, it's for the city itself.

It was to Liverpool that he brought his brother Theo in 1987 for special treatment at the Walton Centre for Neurology and Neurosurgery and it was to Merseyside that he brought his nephews when he managed to free them from the war in Yugoslavia in 1992. 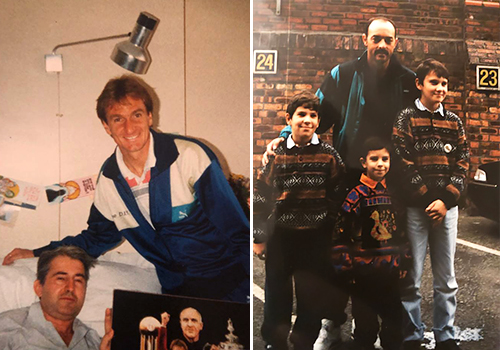 He sought solace from the Reds through both experiences. Former Liverpool skipper Phil Thompson visited his brother in hospital and the young members of his extended family were treated to photos on the Kop and with Bruce Grobbelaar outside Anfield.

Both Belgrade and Liverpool have been constant companions through his life. So how did he feel when they were pitched together in the Champions League?

"I didn't want to listen to the draw," he admits.

"I wanted Manchester United. But when I saw the group - Red Star and Liverpool - I couldn't believe it. My heart started pounding and I didn't know what to do.

"They were the world and European champions in 1991, but then there was civil war and it destroyed them.

"All the players went to foreign teams: Dejan Savicevic went to AC Milan, Dragan Stojkovic went to Marseille, Vladimir Jugovic went to Sampdoria - it was a golden generation. 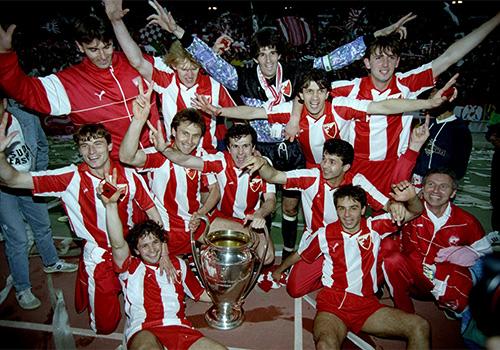 "Red Star were completely depleted. Now they are just reviving themselves. It's taken them 27 years to be in the Champions League.

"They have got a young team now and they have bought a few players.

"Marko Marin played for Chelsea, but all his life he supported Red Star and he'll play. But Liverpool have got too much quality for them now.

"I just hope it will be a great match."