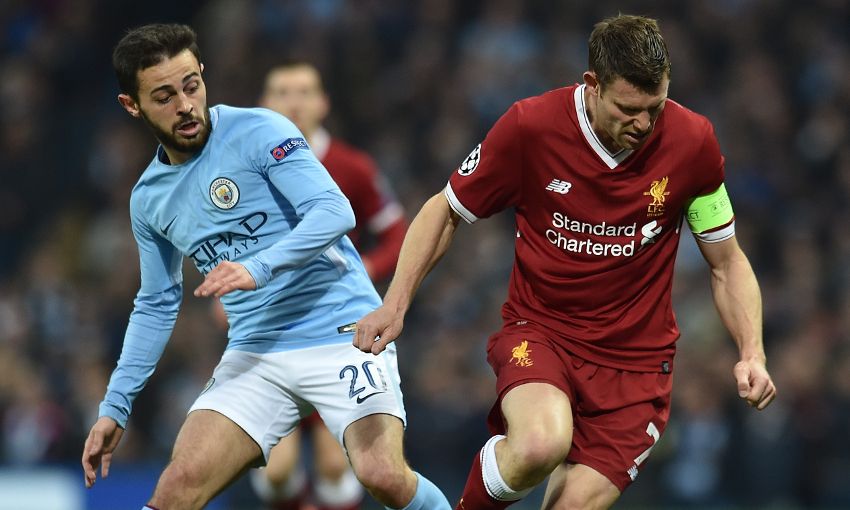 Separated only by goal difference, victory for either side would see them move clear of their rivals at the top of the table.

The clubs met four times across all competitions last season, with Jürgen Klopp's Reds beating Pep Guardiola's team on three of those occasions, including both legs of their Champions League quarter-final.

With both sides neck-and-neck in the league this term, what can we expect from the visitors this time around?

We spoke to journalist, author and City fan Simon Curtis (@bifana_bifana) to get the lowdown...

Why do the Reds seem to cause City so many problems? 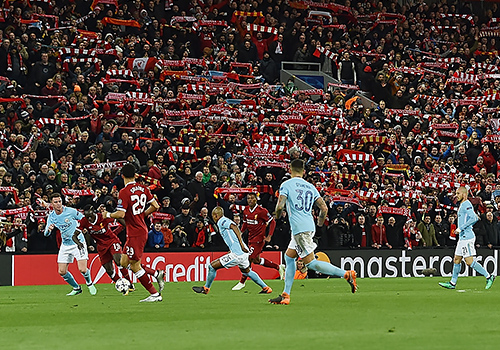 Liverpool have been one of very few teams who have set up to attack, press and harry at considerable speed for as long as they can keep it up.

Wolves were bright in the League Cup last season and Hoffenheim gave it a go in the Champions League in midweek, but the difference with Liverpool is it's incessant and they have the personnel to do it. Now - frighteningly - this is more the case than ever.

What will Guardiola do differently this time?

Pep is nothing if not stubborn. He has his tried and tested means and sticks to them - let the opposition worry about us etc. - but something has to give. City's execrable record against Liverpool - even bleaker at Anfield - needs addressing. I would say that and the Champions League conundrum are the two issues left to really get to grips with.

Similar hoodoos at Stamford Bridge, Old Trafford and Highbury/Emirates have been put to bed, so why does the Anfield hex continue? It's certainly in the fans' minds as they troop into the place and whether this transmits to the players or not, I'm not sure, but these are seasoned World Cup and Champions League performers, serial winners.

In fairness, recent games have hinged on critical moments but Guardiola will need to pick the right defenders and the right midfielders and take no chances. Having said that, you needn't expect City to sit back.

Riyad Mahrez was the big transfer for City this summer - what does he add to the team?

You can see in the last two or three games he is beginning to 'get it'. He is another Guardiola-type player: two-footed, unorthodox and technically very accomplished. Being used sparingly so far, but yet another who can make quite an impact from the bench.

Like Leroy Sane, Raheem Sterling and Sergio Aguero, he is also adept at those diagonal runs dragging defenders across the box before unleashing a shot. Defending against that lot, with all the movement going on, must be an absolute nightmare.

In a side full of stars, who is the vital cog that keeps the machine ticking over? 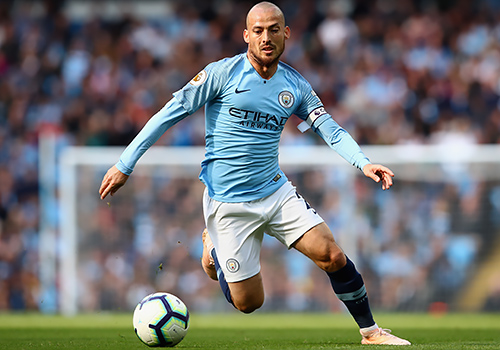 You know what I'm going to say to this, don't you? Even City's most recent game proves the point. David Silva is still the sharpest tool in the box and is still the fulcrum for so much of City's attacking intent. His work on the left with Leroy Sane sometimes involves the kind of quick passing triangles and shimmies that make you go cross-eyed. He sees angles and passes that others only dream about at night.

What an absolute gem of a player.

They have big-game nous and a strong enough conviction to keep going even when the odds are against them. After all this time, this gets into the heads of the opposition. They know they are playing a side that is incessant in its attacking, multi-pronged in how they carry it out, and one that will keep going until that whistle sounds. Even if you hold them out brilliantly for 88 minutes, one lapse and the whole effort is a heap of dust.

How will City line up? 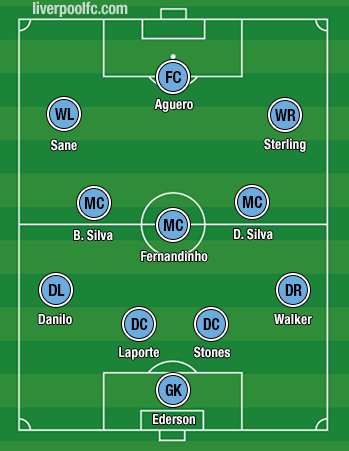 Midfield is where it's at. If City once again get steamrollered in the middle of the park, it's a goner. Ilkay Gundogan was there last time and it failed. Guardiola could play centre-back John Stones in that role to bolster things a little. Three times he has put Stones into deep midfield so he might be hatching one of his plans. On the other hand, don't underestimate that stubborn streak.

If Gundogan doesn't make it, Bernardo Silva is more likely to come in. He has played all his best stuff in a more central role, so it could mean an outing for him. The power of Liverpool's attacking trident is well known but without that constant press and feed from the Reds' midfielders, they can be rendered a little less potent, so City have to win that midfield battle first and foremost.

A tight and lacklustre 3-3.