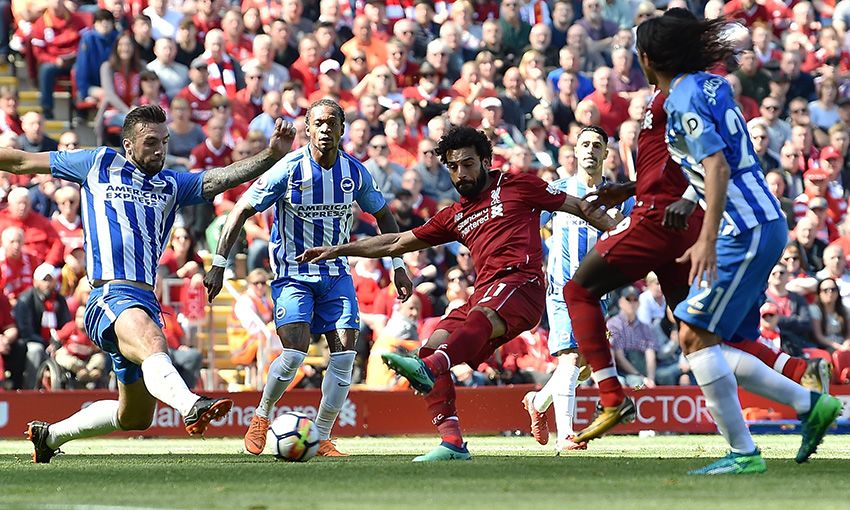 Brighton and Hove Albion head to Anfield on Saturday hoping to become the first club to take points off Liverpool this season - and BT Sport's Jules Breach believes they'll arrive on Merseyside in high spirits.

Jürgen Klopp's Reds have played two, won two in the Premier League this term, while Chris Hughton's Seagulls bounced back from an opening-day defeat at Watford to beat Manchester United 3-2 at the Amex Stadium last weekend.

Hughton masterminded Brighton's promotion from the Championship in 2016-17 and secured a 15th-placed finish on the club's debut in the Premier League last season.

However, the Seagulls ended the 2017-18 campaign with a 4-0 defeat at Anfield, having also lost 5-1 at home to Liverpool in December.

So, what are their supporters' thoughts heading into Saturday's clash?

We caught up with Brighton fan, presenter and journalist Jules (@julesbreach / julesbreach) to find out... 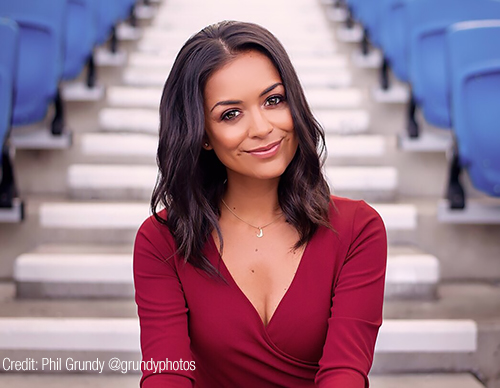 What are your expectations for the 2018-19 season?

Last season was all about staying up in our first season in the Premier League. Survival was a must. This year, it’s about building on those performances, correcting our mistakes, working on our away form and believing in ourselves more.

We beat some of the big teams last year so we know we’ve got it in us. A top-half finish would be amazing, a mid-table finish would be nice, but I’d take a comfortable 14th as long as we’re not in a relegation fight!

Has the club's summer transfer business improved the team? 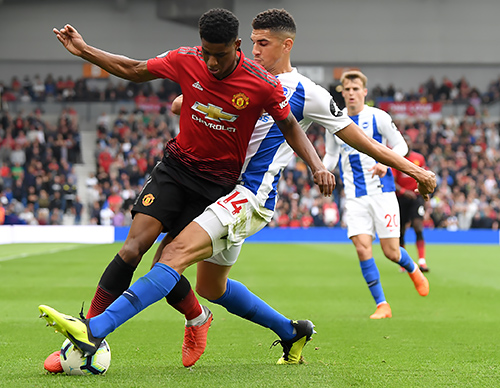 I think we've made some good signings. They'll take a while to get used to this intensity of football as none of them have played in the Premier League before, but I’ve liked the look of the new boys.

I thought Leon Balogun did a decent job stepping in for Lewis Dunk last week and winger Alireza Jahanbakhsh is a really good player to watch, skilful and good on the ball.

I’m looking forward to seeing centre-forward Florin Andone once he’s fit as I hear he has got a lot to give.

Brighton lost both games against LFC last season, what will Hughton do differently this time?

Win! Ha ha. I think Brighton have been guilty of giving away the ball too easily against the higher-pressing teams in the league like Liverpool.

Conceding from set-pieces was a big issue last year so I’m hoping to see an improvement on that, not just in this game, but for the season as a whole. 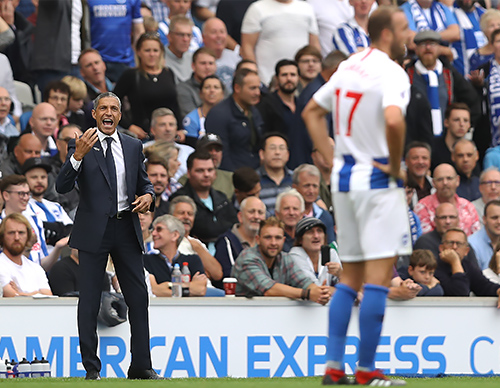 Our togetherness as a team, our hunger to win games and stay at this level, a solid centre-back and central-midfield pairing, all backed by a brilliant manager.

Those set-pieces, really. And our away form.

How do you expect the Seagulls to line up at Anfield? 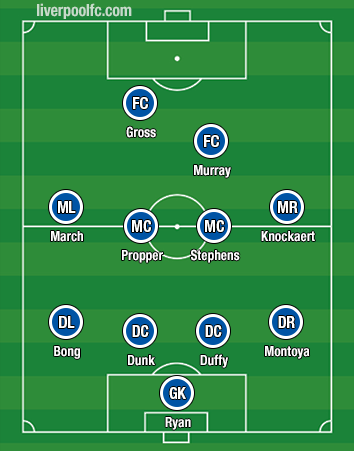 I expect Chris will stick to the team he's been playing so far. Unless some of the new boys have impressed in training this week, I can’t imagine any of the new attackers will start.

I’m looking forward to Jose Izquierdo getting back into the team off the back of his World Cup with Colombia as he caused quite a few teams problems last year with his pace and ability to score a worldy from the edge of the box.

Who is Brighton's danger man? 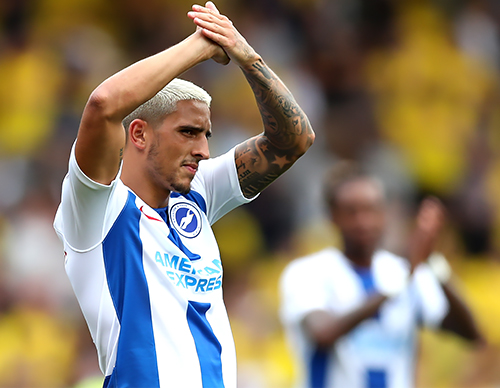 Anthony Knockaert. He's looking back to his sharpest. Manchester United struggled to defend against him and it's so good to see him enjoying his football again.

Pascal Gross can always cause problems too and Solly March was everywhere against United. Dale Stephens and Davy Propper will both be key in holding the ball up and nicking possession in midfield as well.

Well I've got two heads for this one. My Brighton head is hoping for a draw, which would be massive considering our run at the start of the season and off the back of beating United last week (have I mentioned that yet?!).

But I think Liverpool may have too much for Brighton considering the form they’re in and the fact the game’s at Anfield.

So, hoping for a 1-1 draw, but realistically it could be a 2-0 win to the Reds - but hey, with my Liverpool head on, that’s one more victory on the way to winning the title this year...