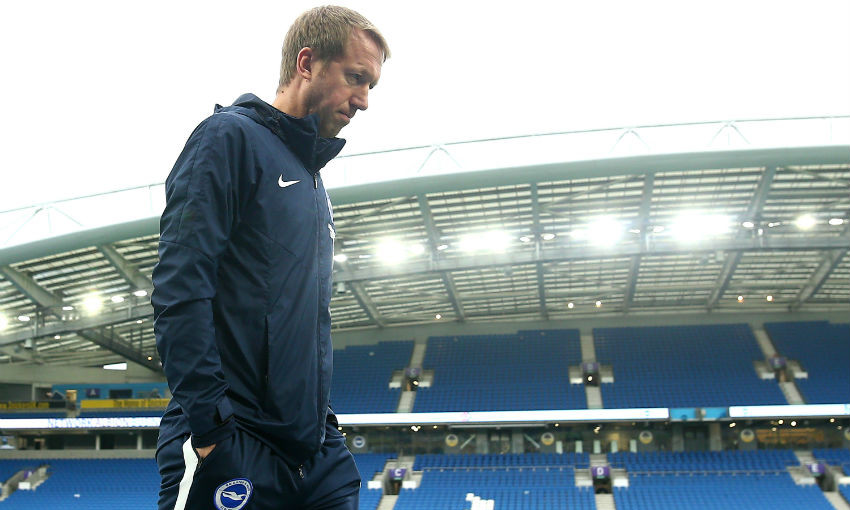 Liverpool travel to Brighton and Hove Albion on Wednesday seeking a 30th league victory of the season.

Jürgen Klopp’s side have won each of their five Premier League meetings with the Seagulls and will be looking to build on Sunday’s win over Aston Villa.

Brighton, meanwhile, have climbed nine points clear of the relegation zone courtesy of wins against Arsenal and Norwich City and are edging closer to confirming their survival status.

So, what can we expect from Graham Potter’s side? We spoke to sports writer at The Argus, Brian Owen (@Brian_Owen), to find out.

Brighton seem to have found some form post-lockdown. What do you put that down to?

It’s been a bit of a relief. They’ve put their restart to good use. The two wins have both been very narrow and they were drawing a lot of games before that. One of the wins was in injury time and in the other one, Norwich hit the post in injury time. The wins have been hard-fought, but the club have dealt with the lockdown really well. There was a lot of confidence and clarity in what they were doing and I wonder if that rubbed off on the team.

How crucial was Brighton’s recent win over Norwich?

I think it was really important. The players and coaching staff probably thought it was even more important, judging from their reactions at full-time. In the empty stadium, you can hear the cheers of the substitutes and a lot of the coaching staff. You could hear the reaction as the players got into the changing rooms. It was a massive result.

They knew that other teams below them had top opposition coming up. It means they’re nine points clear with five games to go. With Liverpool and Man City coming up, they felt even more importance on that game. If you don’t beat the bottom team, you’ve got the top two coming after that. Graham Potter has said there was a lot of pressure on that game, and it was reflected in the performance. It was getting very tense towards the end.

Would you say Brighton are safe, or is it still too early to say?

I’d be pretty confident. The big factor is that the teams at the bottom keep losing, and I wonder if that will carry on. The worst-case scenario is that Brighton could get no points from these next two games (Liverpool and Manchester City) and the others could pick up points. I think they’re in a great position, considering they were only two points clear with nine games to go during lockdown.

Is Neal Maupay the one to watch for the Seagulls when the sides meet?

He could be very important because they probably won’t get many chances. Maupay has been really impressive with his general play: he’s very lively and is a good competitor. He’s not always that clinical in front of goal.

Lewis Dunk is probably the most important player, though. He was the one who scored at Anfield back in November, he had a lot of possession that day and played the ball out from the back very well.

How would you describe Graham Potter’s first season in charge at the club?

There has been a lot of experience gained the hard way, with some points not taken that probably should have been. He’s changed the way they’ve played quite considerably and there has been a big overhaul of players. Potter has probably gained around five years’ worth of experience in one season and it has just been a time for learning and a season of transition – which Brighton will eventually benefit from. The football has been, at its best, really good to see.

What has been your highlight of the season?

They had really good wins at home to Tottenham and away to Arsenal, but I’m going to say one that’s fairly recent and the fans weren’t even there for it: Maupay’s winner against Arsenal. It was the last minute of injury time and it was such a shame no one was there to see it. The place would have erupted. It was the first win of 2020 and a first win in 11 games. It gave everyone such a massive lift.

Brighton’s squad resembles a mix of youth and experience, and one player who has caught the eye of late is 19-year-old full-back Tariq Lamptey. What can you tell us about the impact he’s had?

I was at Arsenal vs Chelsea in December, when he made his Premier League debut, and he impressed me there. What struck me afterwards was how much Frank Lampard talked about him and how keen he was to keep him. It has been a coup for Brighton to sign him permanently. He didn’t play before lockdown, but he has taken his chance really well at full-back. He couldn’t have done much more.

How do you expect Brighton to line up?

What is your score prediction?

I will say 1-1, which would mark a first point for Brighton against Liverpool in the modern era.