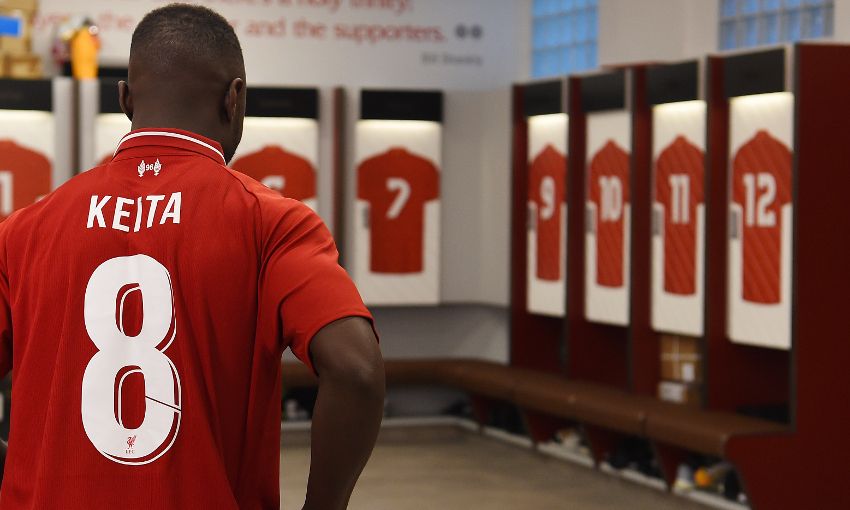 Naby Keita has taken the No.8 shirt that has hung vacant at Anfield since the departure of talismanic captain Steven Gerrard in 2015.

The Guinea international - who officially became a Liverpool player on July 1 - will become the sixth man to don the digit since the introduction of Premier League squad numbers in 1993.

Here, we've cast a glance back at his five predecessors.

Although past players like John Aldridge and Jimmy Case also became synonymous with the No.8 jersey, designated numbers weren't introduced as standard in the English top flight until the 1993-94 season.

Before then, players in starting line-ups wore one to 11 for each match, meaning players could change numbers every fixture.

So, the first Liverpool player to don the No.8 on a permanent basis was a man signed from Tottenham Hotspur just a year before the regulations came into force... 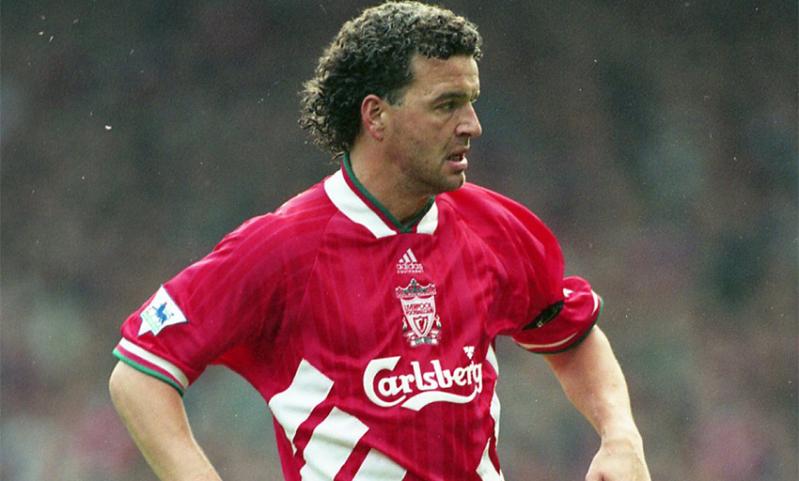 England international Stewart had been linked with both Manchester clubs in the summer of 1992 but it was Liverpool boss Graeme Souness who swooped to sign the attack-minded 27-year-old.

Converted from a striker into a midfielder during his time at Spurs, Stewart showed he still had an eye for goal when he scored on his Anfield debut and his European bow for the Reds.

Handed the No.8 shirt for the 1993-94 campaign, Stewart departed Liverpool for Sunderland in 1996 after a series of loan spells. 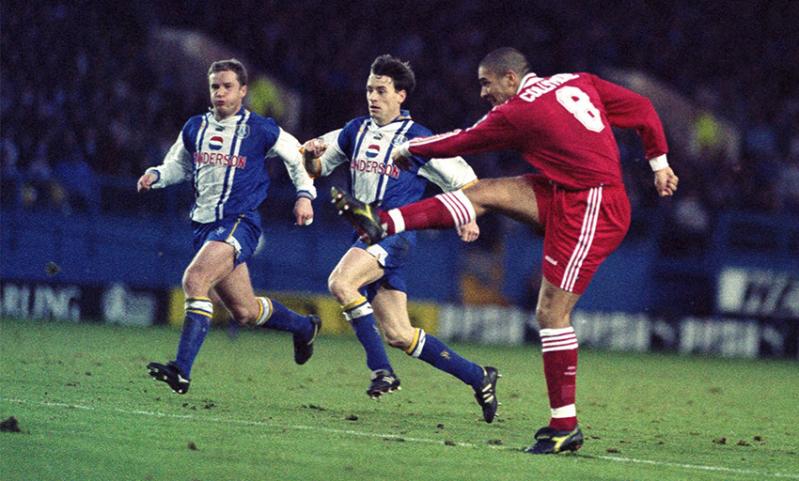 Signed from Nottingham Forest for a club-record fee in the summer of 1995, striker Collymore was handed the No.8 shirt ahead of his first season at Anfield.

The England international scored a debut winner against Sheffield Wednesday on the opening day of the campaign and quickly struck up a prolific partnership with Kop favourite Robbie Fowler. The pair scored a combined total of 55 goals in the 1995-96 season and 47 in the following campaign.

However, in 1997, following the emergence of Michael Owen, Collymore left to join boyhood club Aston Villa. 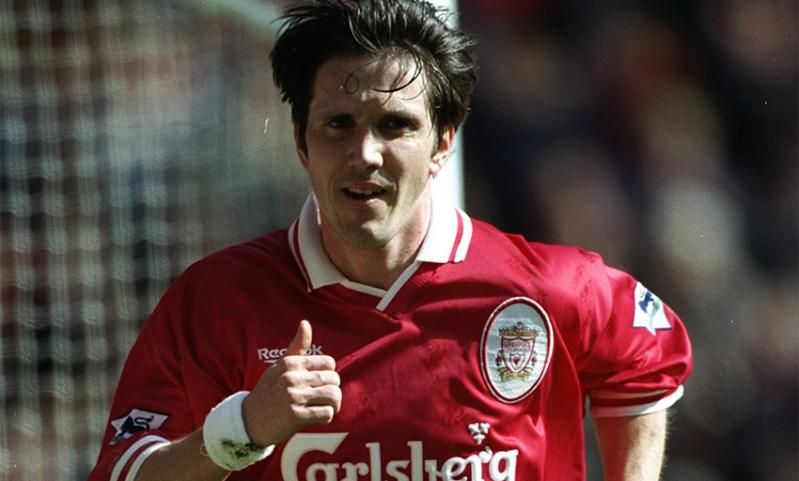 Signed from Wimbledon in 1997, Norway international Leonhardsen was handed the vacant No.8 shirt by Roy Evans and was a first-team regular during his first season at Anfield.

However, the industrious midfielder with an eye for goal became a bit-part player under Evans' successor Gerard Houllier and was sold to Spurs in 1999.

He left Anfield one shy of a half-century of appearances for the Reds. 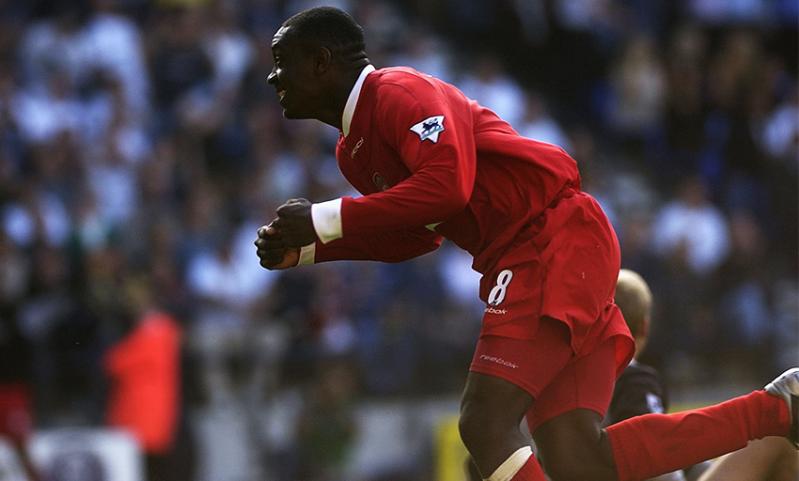 Having seen Heskey play alongside Michael Owen for the England U18 team in France, Liverpool boss Houllier moved quickly to snap up the Leicester City striker when he came on the market in March 2000.

The newly-capped senior England international was handed the vacant No.8 shirt by Houllier and given his debut the day after signing.

Despite struggling to score at the same rate in subsequent years, he remained in the No.8 shirt until the summer of 2004 when he left to join Birmingham City.

Heskey netted 60 goals in 223 appearances for the Reds. 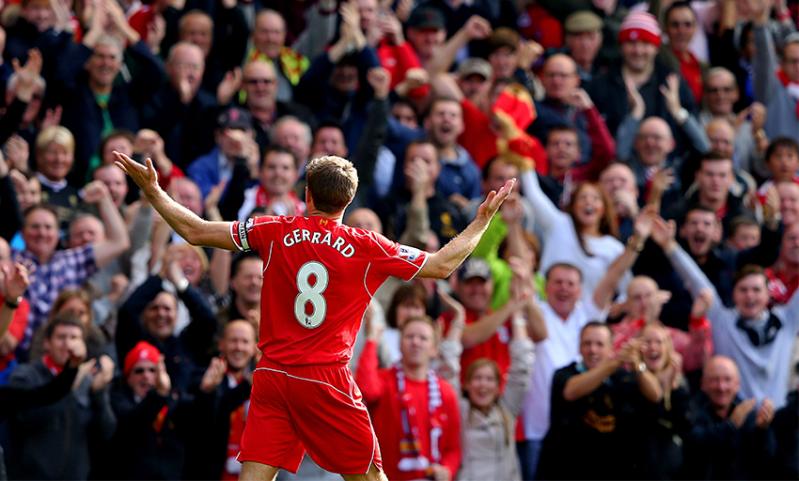 With the No.8 available once more, a man who had risen from Academy graduate to club captain in just five years took it on.

Steven Gerrard would go on to become one of the greatest players in the club's illustrious history.

Gerrard made his debut for the Reds in the No.28 jersey back in 1998, won the 2001 treble and was made skipper in 2003 while No.17 and, in his first season as LFC's No.8, led the club to Champions League glory in Istanbul

The Kop hero spent 17 years in Liverpool's first team, scoring in the finals of the Champions League, UEFA Cup, FA Cup and League Cup and winning virtually everything while making 710 senior appearances.

When the 35-year-old inspirational skipper left to join LA Galaxy in 2015, there were calls from some to retire the No.8 shirt with which he was so synonymous.

However, the jersey has now passed on to a new name. 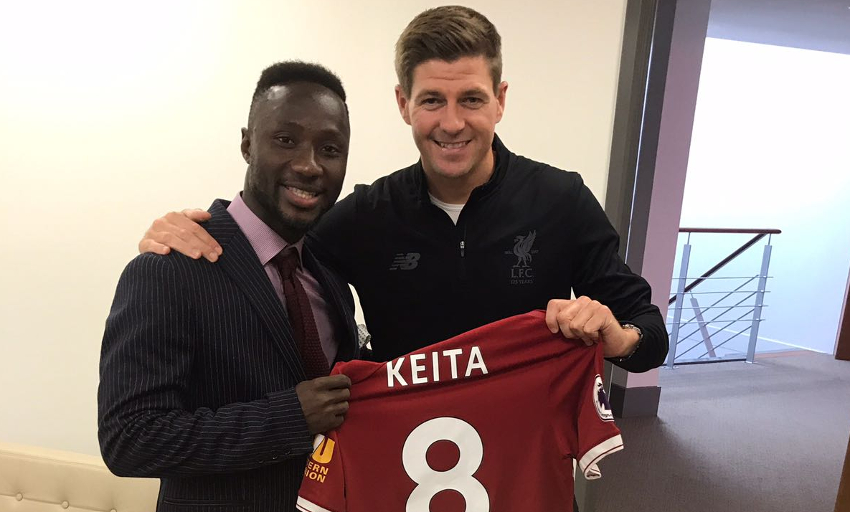 Dynamic midfielder Keita is the man who will ensure the No.8 jersey appears on Liverpool's teamsheet once more.

"It pleases me a lot. It’s an important number and it carries a lot of history - but more importantly for me, having this number gives me the motivation to play and to follow in the footsteps of the players who’ve worn this shirt before," Keita said of taking the No.8.

His immediate predecessor Gerrard even presented the 23-year-old with the jersey at Melwood.

"It was an incredible day for me. He gave me the No.8 jersey. When it happened, it was a surprise and I didn’t expect it," Keita noted.

“If somebody like that gives you his shirt number, it’s not to play around with, it is to try and do as much as he did - that’s my motivation.”