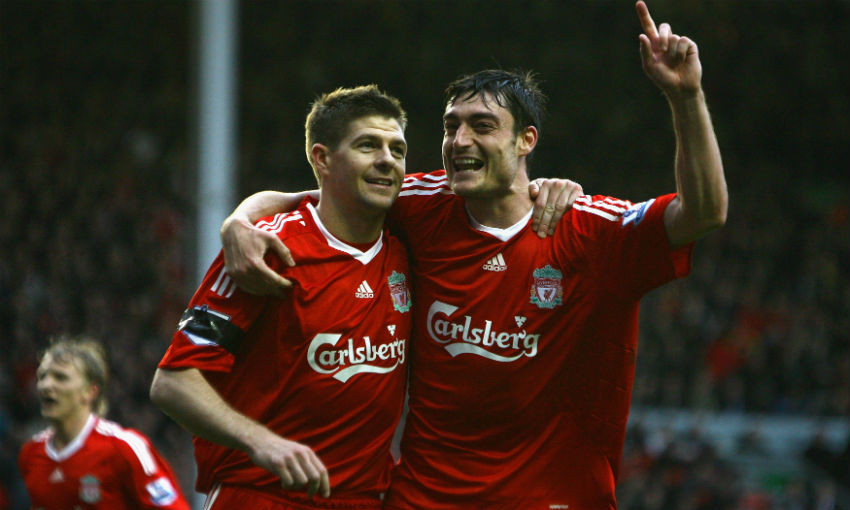 Former Liverpool winger Albert Riera considers it an honour to have shared a dressing room and played in the same side as Steven Gerrard.

Riera spent two seasons as a teammate of the Reds captain after joining Rafael Benitez's men from Espanyol in the summer of 2008.

The Spaniard, who scored five goals in 56 appearances for the club, has detailed just why Gerrard was such a highly-respected figure among colleagues and opposition during his playing career.

Speaking on the latest episode of LFCTV's Legends in Lockdown show, Riera said: "At that time when I was with him, when he was talking you had to listen to him. When he was talking it's because it was something important.

"He's a guy that I really appreciate how he was as a captain and as a guy in the dressing room. Then the rest as a player, we don't need to talk about him.

"When I came I wasn't speaking English, very little. There were three or four players from Argentina and Brazil who were not really talking much English, and he was there with us and he really helped. He maybe didn't need to say anything.

"He was the captain, he was the legend and he knows that he's going to play every Saturday, it doesn't matter what he is doing.

"I always remember the first training [session] and he was full [on] until the end – tackling, talking, moving.