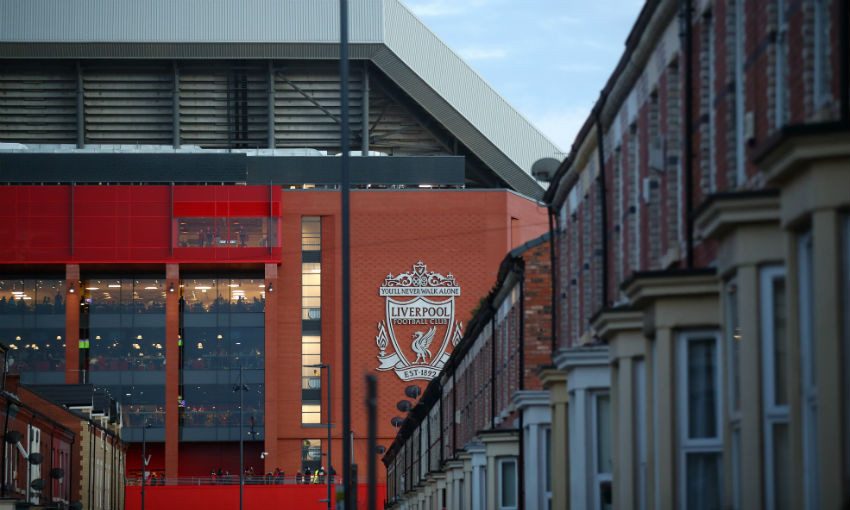 Creative thinking and a desire for continuity are underpinning LFC Foundation's work during the coronavirus outbreak.

Social constraints imposed to limit the spread of COVID-19 resulted in the restriction of the fundraising methods and community programmes ordinarily run by Liverpool FC’s official charity and the club’s Red Neighbours team.

However, after the collective £40,000 donation made to Fans Supporting Foodbanks following the suspension of the Premier League, the LFC Emergency Foodbank Appeal was launched on Wednesday.

Meanwhile, this week has also seen the introduction of a scheme designed to keep people connected and the announcement that LFC Foundation will provide a series of new physical activity and educational content via its social media platforms as it strives to sustain its supportive links to the community.

Such measures offer proof that these vital initiatives can – and will – remain in place even in a period of global strife, just not in their traditional guises.

“I think if we’re not relevant and present and visible and active in a time like this… if we can’t be there for our participants and our fans and our community now, when can we be?” Matt Parish, head of LFC Foundation, told Liverpoolfc.com.

For more detail on how LFC Foundation is operating at present, read our in-depth interview with Parish… 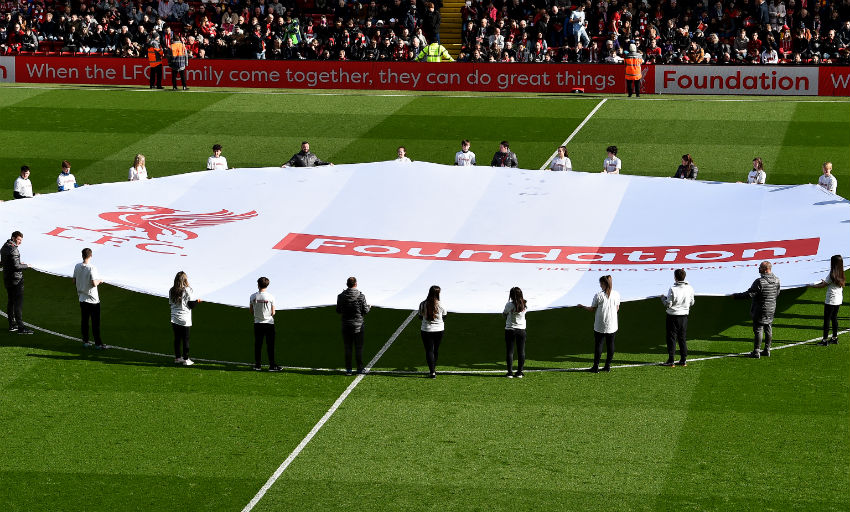 Firstly Matt, how is the LFC Foundation continuing its work at the moment?

As of Tuesday or Wednesday last week, following the government guidelines and then the guidelines that came from the FA and the Premier League, we had to make the decision to stop our traditional sessions, our ‘business as usual’ stuff: the community-based delivery and the school-based activity. From that point we switched to a number of key focus areas. The first thing that kicked in when the Premier League made the decision that the league was put on hold on Friday March 13 was that we acted alongside the players.

The Foundation has got two parts: the fundraising element - the obvious part of that which most supporters will be aware of is the Legends game - and the money we generate from that activity is used either to make donations to and support other local charities or to fund some of our other activities in the community.

We made the decision quickly on Saturday March 14 to make a £20,000 donation to the North Liverpool Foodbank, which was matched by the players so in effect we as a club made a £40,000 donation which basically underpinned what they would have collected at the four remaining Liverpool home games this season. Because 25 per cent of their food donations come from Liverpool games, we thought it was important to try to plug that gap and I think they’ve been open in saying that the £40,000 more than plugged that. I think the reality is that the food crisis situation is going to be even more extreme, unfortunately, over the next weeks and months, so that was the first part. 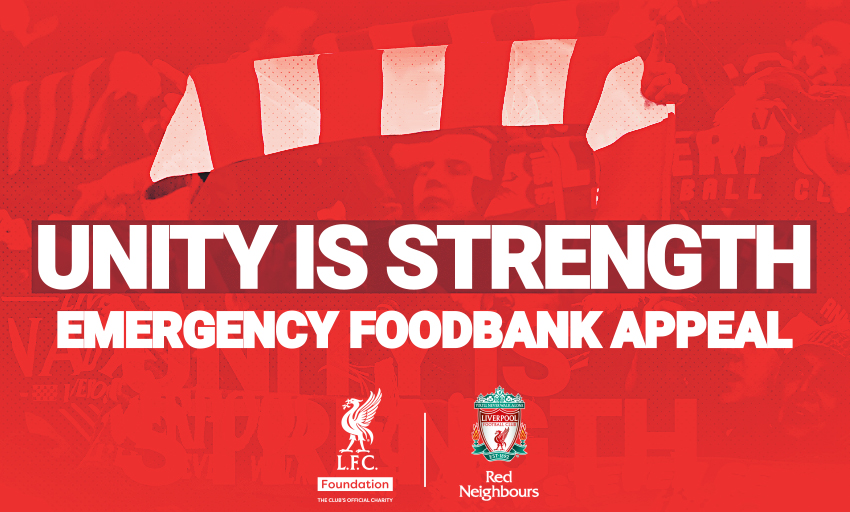 Then we moved to, given that our regular activities have stopped, how we continue that support. That’s been about trying to work out how we can continue to support foodbanks in terms of ongoing fundraising, so yesterday we launched the Unity is Strength Emergency Foodbank Appeal and as of late on Thursday morning, we’ve hit £3,000 in donations already. That’s going to foodbanks across the city region and they have been coordinating on how they are going to respond. Then what we’re looking at is how do we support that in terms of either our staff going in and volunteering to do stuff, or our existing bank of community volunteers from across our programmes and our Military Veterans programme - many of those are keen volunteers because obviously in their professional lives they’ve been used to offering support in times of crisis and need. We are looking at how we mobilise those groups to support the foodbanks.

The other area we are looking at, which has been led by the Foundation but by Red Neighbours and the LFC Fan Connect team as well, is the connection programme. Initially that’s about us offering phone conversations to participants, vulnerable, isolated participants, from our programmes. First and foremost the older participants that attend the Red Neighbours activity sessions, or the Monday lunch club, the walking football, walking netball, chair-based yoga and the care homes we link in with. For some of them, if they come to one of those events, that might be one of the only physical contacts they have in a week on a regular basis so it’s about keeping that contact going - obviously we’re not able to see them face to face, but just over the phone.

The third area has been putting as much content and activities as possible online for our participants. Before the more stringent restrictions came in we filmed some activities that people can do in ones and twos to keep them physically active. That’s ongoing and our staff have now been making videos at home which we will get out online for our participants. Our Premier League programmes such as Primary Stars, there is online learning and lessons on there, so we’ve been pumping out activities every day but what we’re trying to do is make sure they’re not just activities for one group. At the Foundation our usual focus is mainly on children and young people, and Red Neighbours is more about socially isolated and older people across Anfield and Kirkby so we’ve sort of come together as the club’s community arms and hopefully we are offering something so all of our regular participants can still stay engaged during this time when we can’t actually physically be with them.

Who likes a challenge?💪 Megan has got a boss activity for you to do at home - all you need is a ball and a bit of… https://t.co/YvUPNj1GnQ

Has the situation forced you to be creative? Obviously you are unable to operate as normal at the moment…

One hundred per cent. I would say it’s a combination of creativity and building on the existing relationships and activity that we have. I think the foodbanks is a great example: the club has got a real affinity and connection with the North Liverpool Foodbank, from the ownership down through the players and club staff. The Fans Supporting Foodbanks van is a regular fixture at Anfield and it will be well known to people and if people go and get their pie or soup or sandwich from Homebaked they’ll often drop something off in the food collection point there too. I think that’s an obvious connection and because of the relationship [LFC’s social responsibility manager] Forbes Duff and the team have built with the North Liverpool Foodbank, that meant we weren’t coming from the cold saying ‘Look, we’ll help’. We’re already trusted partners.

In terms of where the creativity has come from, it’s in the ‘staying connected’ bit and how do we stay engaged with all of our participants when we’re not able to physically offer activities for them? Then the fundraising piece, the Unity Is Strength emergency foodbank appeal, that’s another thing: how do our fundraising team turn their hand to being able to generate funds and income with one cause, whereas normally it might be for a multitude of things? This is very specific. We are already having those conversations internally about what that might look like and how it might evolve over the coming days and weeks. Some of our existing fundraising, for example the LFC Matchday Lotto which funds our Military Veterans programme - obviously there are no matches going on at the moment so that’s stopped, but can we look at that creatively? Can we look at competitions online where the funds raised go straight to the foodbanks across Merseyside?

It’s about new ways of working and that’s the same for all of our programmes. I don’t think we’ve necessarily become more important, it’s highlighting the work that goes on all the time. It’s just that when everything else is happening we are part of a huge picture, there are so many moving parts to a football club, not least the guys who run out on a Saturday afternoon, obviously! But I think when a lot of that has stopped, perhaps the work we do in the community across the club - not just the Foundation and Red Neighbours, but the website, the Fan Connect team, LFCTV - all of that stuff comes to the forefront because it’s how everyone is staying connected at the moment. 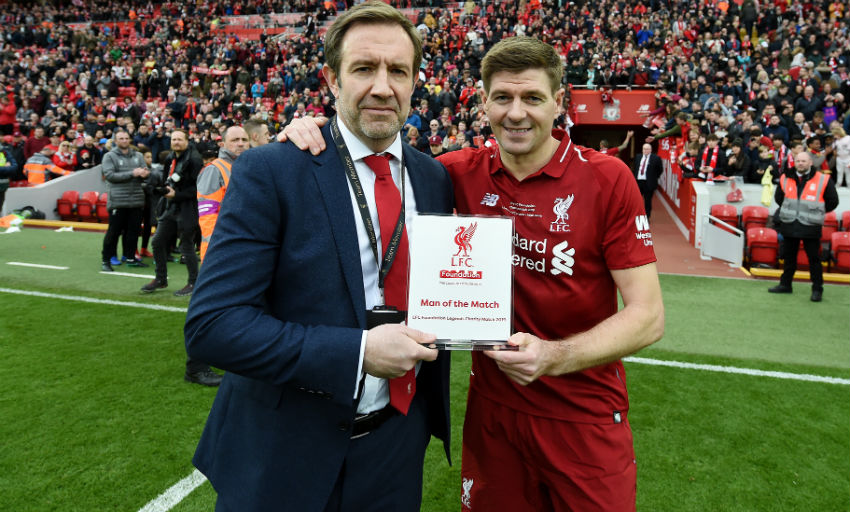 Are there more plans and ideas in the pipeline to ensure that the Foundation’s work will continue throughout this period?

I think it’s a ‘watch this space’ scenario really, and I know that sounds a bit cheesy. But I think if we’re not relevant and present and visible and active in a time like this - when it doesn’t matter who you are, everyone is feeling this at the moment - if we can’t be there for our participants and our fans and our community, when can we be? I think it’s that point: if you’re a young person who regularly attends a disability coaching session at Anfield Sports and Community Centre on a Wednesday evening, how can we still give you that weekly contact with us and the club? We haven’t forgotten about those people. We are going to be here for them again in physical sense hopefully sooner rather than later, but how can we support them during this period?

That goes for the guys who come every week to walking football, the people that do chair-based yoga. I know Debbie [Moore, wife of LFC CEO Peter] either already has filmed or is planning on filming the chair-based yoga sessions so they will be available online. One of our groups has done a social action programme where they have created cards and posters and poems for one of the care homes we have a link with in Crosby. It’s an inter-generational thing, it’s giving younger people and their parents something to amuse themselves with while they are home-schooling and it’s a really positive connection point for the older people who are in that care home at the moment and are perhaps not being able to enjoy the visits of family and friends as they are used to. 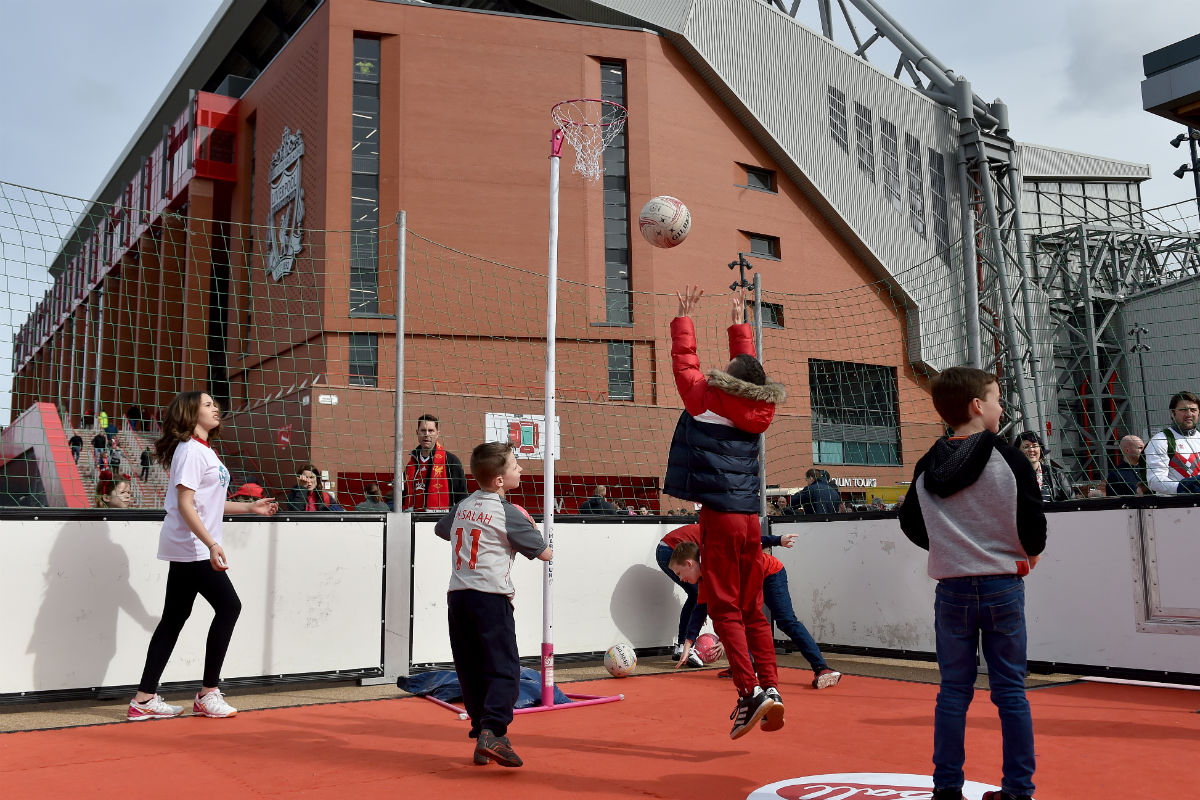 Finally, do you think the ties the Foundation and Red Neighbours have with the local community may even become stronger through this shared experience?

I think that’s spot on and it’s already happening. The club is a big organisation with lots going on and we are all busy day in and day out, but it’s pulled the club even closer together than it was. We’re all lucky enough to be connected to and working for this organisation and there has been success on the pitch, but I think there has been success off the pitch for a while now in the sense of how we have been developing our community offerings. I think what this situation has done, is that it’s an opportunity for that to be highlighted and in communities in general I think there has been a really strong spirit with people coming together and supporting their neighbours. That’s what we’re fortunate enough to try to do as the day job and it’s probably brought that into people’s consciousness a bit more. That’s not just on Merseyside - this is global, everyone, whether you’re from Merseyside or Mauritius, is feeling this at the moment. There are some unbelievable stories of people volunteering in their own community, there’s the call for NHS volunteers nationally which has had a brilliant response. That’s the sort of work we do: social action is a core pillar of what the Foundation and Red Neighbours do and that is social action, stepping up and supporting and being relevant in your own community.