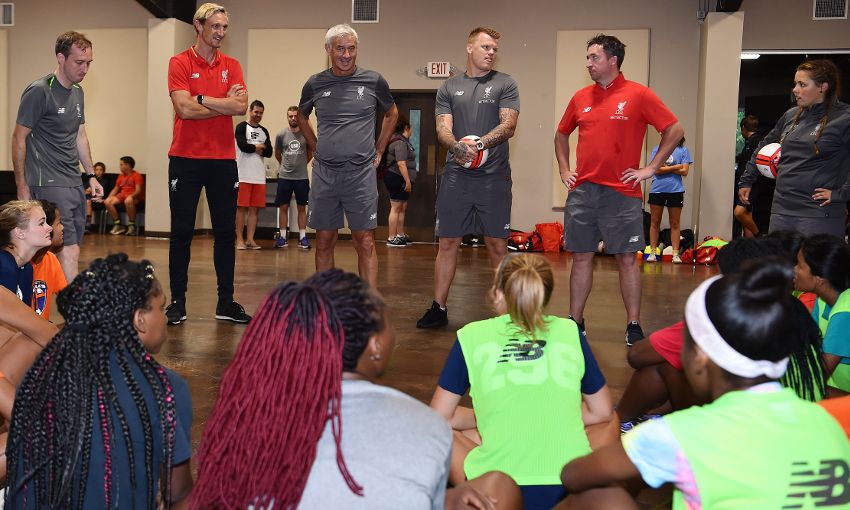 Liverpool FC teamed up with Street Soccer USA to deliver community grass roots coaching clinics for over 100 youngsters in America this week, as part of the club's pre-season tour.

A series of five-a-side mini-matches against the ex-Reds concluded the fun-filled afternoon.

Later in the evening, 18 male youths – who are all refugees – attended a round-robin football tournament run by LFC and Street Soccer staff, before the club headed to New Jersey for the next leg of its US pre-season trip. 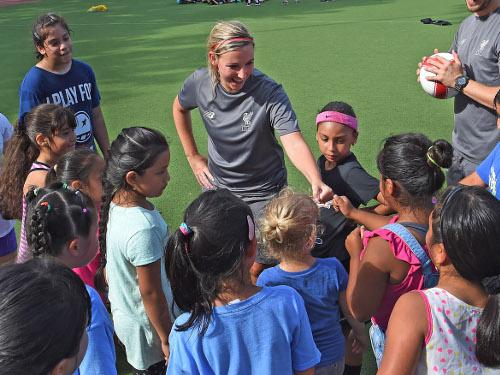 Vicky Jepson, LFC community coach, said: “It’s been fantastic to team up with Street Soccer to engage with so many local kids out here in the US.

“The clinics have been a great success and all the children really enjoyed themselves, as well as taking away some new skills.

“Street soccer does such great work for underprivileged young people and shares our aims and aspirations, so we’re really proud to be able to come here and help make a difference.”

Street Soccer USA works in 14 cities across America with refugee children, those living below the poverty line or youngsters whose first language is not English, providing free football coaching and educational support.