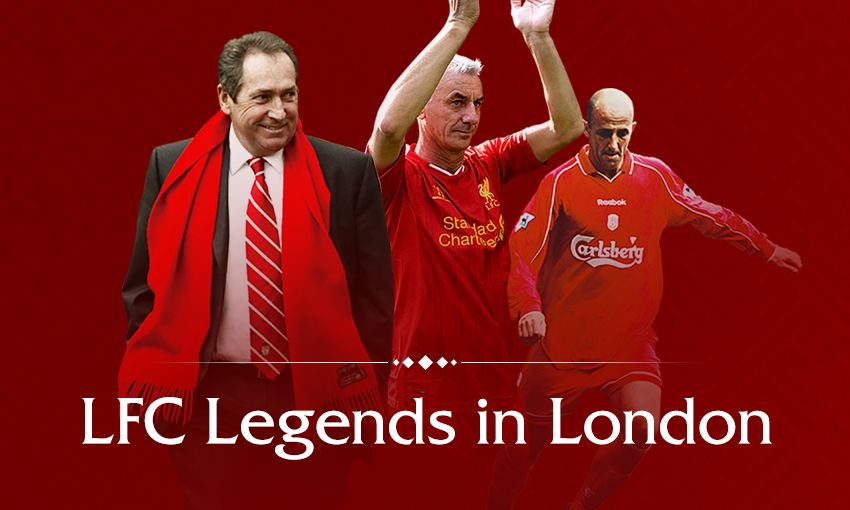 LFC Foundation invites fans to have their say at Anfield

On Thursday, November 17, the club’s official charity is hosting its inaugural ‘LFC Legends in London’ event; a prestigious dinner held at the Rosewood London Hotel in Covent Garden.

The legends will take part in a question and answer session which promises to provide a fascinating insight into their time at Anfield, including Houllier’s time as Reds boss, Rush’s top goal-scoring moments and McAllister’s unforgettable Merseyside derby goal in 2001.

On the night, guests will also be given an exclusive preview of the Foundation’s new strategy and brand.

Guests will also be invited to take part in a live auction for a chance to bid on exclusive, money-can't-buy LFC lots. All proceeds raised from the event will fund the charity’s programmes and partnerships, which aim to improve the health and life chances of children and young people in Merseyside and beyond.

Andrea Cooper, head of the LFC Foundation, said: "This is the first time we have held a fundraising event of this kind and we’re very much looking forward to having three incredible legends in one place, for one night only, in order to raise valuable funding for Foundation programmes."

For more information regarding ticket prices and packages call TM Group Events on 0845 835 0099 or email foundationevents@liverpoolfc.com