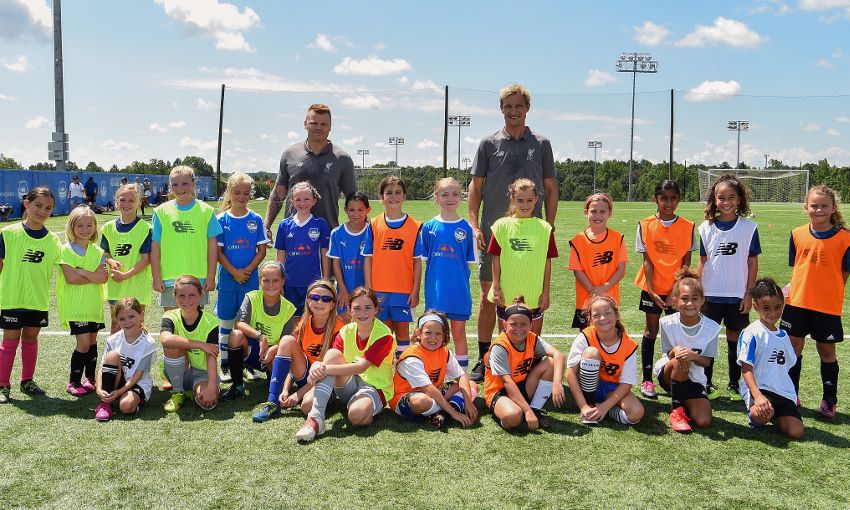 Reds show their colours in support of Liverpool Pride

The duo, who are in the US as part of the club's pre-season tour, headed to the OrthoCarolina Sportsplex to put the 28 local youngsters aged between seven and 12 through their paces.

The former players challenged the children’s dribbling and keepy-up abilities before engaging them in skills and drills as well as speed and agility sessions.

CSA was formed in 2009 and offers quality coaching to children of all ages and abilities, giving them opportunities to play and develop their soccer skills. It has grown to cover four geographic divisions in the US: CSA-Charlotte, CSA-Matthews, CSA-North/Cabarrus and CSA-Hunterville.

Hyypia said: “We’ve had a brilliant day here with the local kids – it’s been a lot of fun.

“It’s great to be working alongside CSA to allow the local children to enjoy learning new skills."