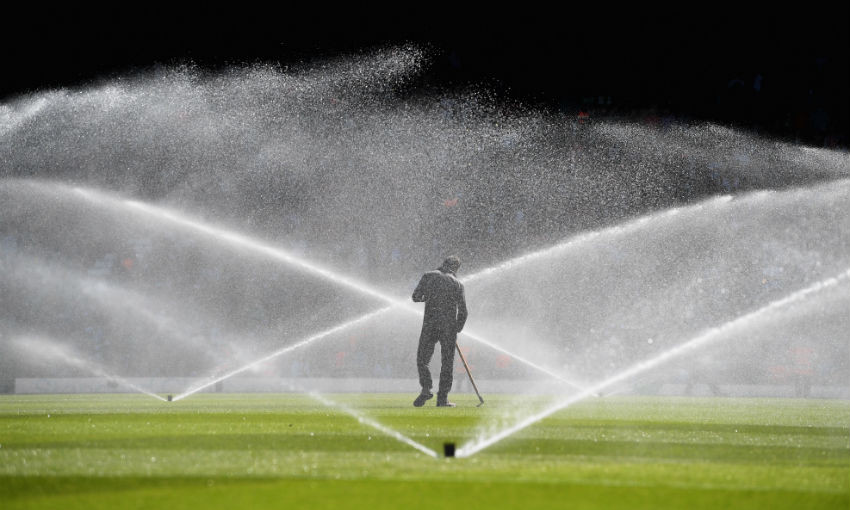 The nature of David Roberts' job means every time there's a divot made for a goal-kick or knee slide at Anfield it brings about a sharp wince.

How best to sum up Roberts' role as grounds manager at Liverpool Football Club?

"If it grows and the club owns it, it's my responsibility," he smiles.

Roberts and his dedicated team oversee the production and maintenance of all playing surfaces at Anfield, Melwood and the Kirkby Academy, along with any landscaping surrounding them. 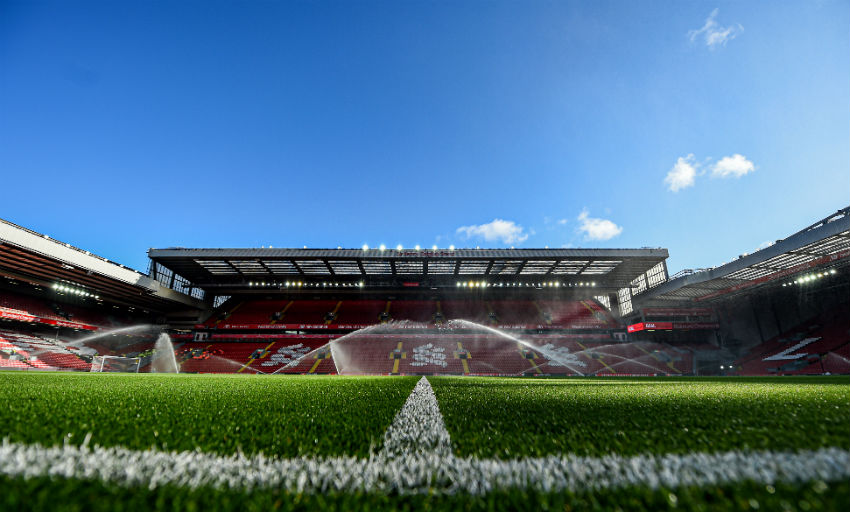 "I think the visual thing from a groundsman is you see us cutting grass, and everyone can cut grass," Roberts tells Liverpoolfc.com from his Anfield office in the corner of the Main Stand.

"We do rest and recovery programmes for the pitch when it's not being played on. Effectively, we've got something like one billion athletes out there that are performing for the first team to play on there.

"Their living and breathing, we've got to manage it to make sure that it's at its best health. We manage the nutrition, we do soil analysis, we take leaf-tissue analysis, we look at what's needed and make a nutritional programme to match it.

"There's a lot of similarities to what our sport scientists are doing with our athletes that play on it. We do very similar things for the surface that they're playing on."

Like every other department involved in the club's football operations, ensuring everything is perfect for Jürgen Klopp and his players is the ultimate goal for Roberts.

His team work closely with the first-team manager and the backroom staff to ensure the Reds play on the exact same style of turf they train on. Similar efforts are made when they travel overseas, too.

"We're doing a lot more pitch testing now," Roberts states. "So we're looking at hardness and the interaction of the players' boots to the surface and the ball bounce.

"What I said to Jürgen when I first started was that the main thing to do was to give [him] consistency.

"Because what you don't want is a player to think, 'I've trained at Melwood but I'm going to Anfield and need to change my boots, the ball bounces differently, the ball rolls differently'. I don't want them to think that.

"So whatever drills he does at Melwood, when they come and do it on a matchday, it's just second nature – it looks, feels and reacts exactly as it did on the training pitches."

Klopp being interested in such a field is another example, Roberts believes, of his burning desire to eke out every advantage possible. 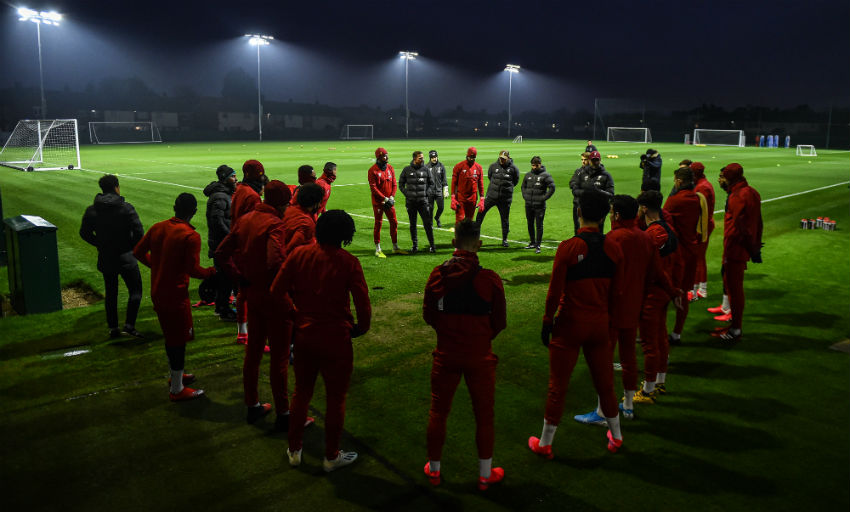 David adds: "They did say to us that there's no coincidence in the last few years that the standards of the pitches have improved and the standard of football has improved at the same level – there's a definite link to it.

"It's nice to feel that you're a small part but an important part."

Roberts joined Liverpool in the spring of 2016. His first job in football was at Southampton before leaving after 12 years to head up the grounds staff at the prestigious Charterhouse School in Surrey.

Describing himself as a 'follower' of footballer rather than an avid fan anyway, Roberts has little time to focus on the actions of the 22 players involved.

"We spend more time watching the interaction of the ball and the players on the surface than we actually do the game," he says.

"You watch the game but you're like, 'Wow, did his foot slip on that?' You see a player go down with an injury, 'What happened there?'

"We're back in at 8am the next day to get everything ready for the referee's inspection. Then we'll work through until 1am to 1.30am, so we can get the grow lights on it." 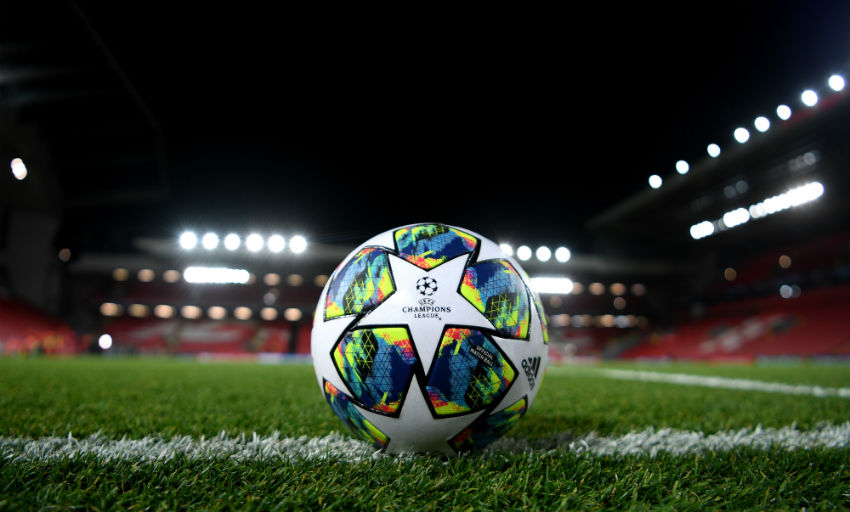 Those grow lights – rigs of lighting to closely replicate sunlight – help preserve the state of the turf in the months grass becomes dormant, usually from the end of October through to the beginning of April.

Greater durability for Anfield's playing surface was achieved when a new pitch was installed at the start of the 2017-18 season, with three per cent of it made from Desso Grassmaster artificial fibres.

Now, the latest project for Roberts to administer is regarding the first team moving their training hub to Kirkby, where the club's youngsters are currently situated.

It requires the installation of three first-class training pitches – one the size of Anfield, the other two being the dimensions of the opposition's venues – a large warm-up area, a dedicated goalkeeper section and rehabilitation pitch.

"What we're really doing is picking up the Melwood site and moving it to Kirkby," David explains. "We've not got any more pitches, we've got the same number of pitches.

"The pitches should be a better quality than we've currently got when they're completed. The building is better, the layout of the site is better, so there's a whole load of more advantages.

"Jürgen is really big on [having] this 'one club' and that we're all one team, trying to be part of that one big club."

Busier than ever and constantly facing new challenges each day, Roberts is still able to take stock of his position – especially on matchday.

He concludes: "Once the warm-ups have finished and the players have gone back in the dressing room to get ready, we'll make sure everything is put away and we'll do one final sweep across the pitch to make sure no damage has been done from the warm-up sessions.

"We're pretty much walking off the pitch as the teams come back out. As soon as you get that roar from the crowd, the hairs on the back of the neck stand up.

"A lot of times it's a job, you come out, you're on Anfield, but it is just a piece of grass that you're maintaining.

A feeling surely worthy of a knee slide.