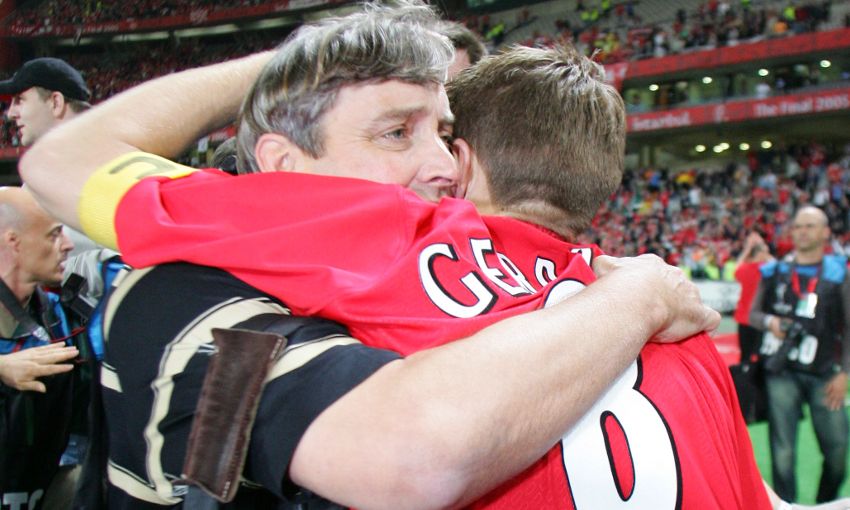 Behind the Badge: 'My own LFC journey inspires me to be a coach'

There aren't many artists whose favourite work remains unpublished.

But in the case of official LFC photographer John Powell, a unique set of circumstances converged to mean his most treasured image sits away in an enormous archive.

The scene: the Ataturk Stadium in Istanbul. The subjects: Steven Gerrard, the man himself… and the European Cup. The style: a selfie.

“John Cox was the club photographer at the time and he was doing the main picture on the podium when the cup was lifted,” he tells Liverpoolfc.com of the Champions League final in May 2005.

“I didn’t have to go on the podium, so I could stand off and get a few side-on pictures, which is a little bit different. You’re always looking for a different picture.

“They came off the podium to do a lap of honour and Steven is walking towards me and I said, totally joking, ‘bring that here’ and he ran over with the European Cup and handed it to me.

“I took the picture and when I looked afterwards, I’ve got a picture of Steven nice and sharp, the cup nice and sharp… and my hand!

“It’s the best picture I’ve taken because although it could be anyone’s hand, if you look at the cup, you can see me in the reflection.”

As one of the Reds’ two current resident snappers – the other is his son, Andrew – John has helped to fulfil a variety of photographic needs across the club since taking up the role a decade ago.

For every Liverpool match, home and away, he will be positioned at the side of the pitch, primed to capture the best shots of Jürgen Klopp’s team in action.

Other appointments include training sessions at Melwood, community and LFC Foundation events, Academy and Ladies matches, new signings and contract renewals, with the images servicing a number of platforms and publications – including this website on a daily basis.

John himself goes about the job – a ‘privilege’ – with an infectious force of personality which makes him an instantly recognisable face and voice wherever he goes.

So, what is his secret to capturing the perfect football photo?

“You have to know the game and pre-empt where the pictures are going to be. You can’t just put your camera up and get a picture,” explains the lifelong Liverpool supporter.

“You’ve got to know when people are going to clash, or when someone is going down the wing you know when to leave them and go into the middle for the ball coming across – so you get the goal and the celebration picture, which is the be all and end all of the pictures.

“Where we are – sitting on the touchline – you realise how fast it is. When the ball is getting whipped in I’m taking pictures at eight frames a second.

“If I get a goal picture with the ball on it, the next frame probably hasn’t got the ball on it. It depends on the angles. You might have three or four frames with it on, but you can easily not – it’s that fast.” 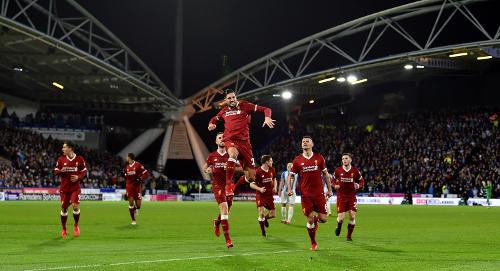 His journey to knowing how started at the city’s Open Eye Gallery back in his 20s.

Having studied on each of the photography courses at the creative hub in the centre of Liverpool, an invitation came to teach beginners following in his footsteps. “Through teaching you get to know everybody,” he recalls.

Work for local newspapers in Crosby, Formby and Southport led to providing photos for national publications and then an exciting new venture that would change the course of his professional life.

“I met my work partner, Phil [Richards] – he owned Northpix,” says John. “That was around 30 years ago. I bought in and we ran it between us. It was the main agency in Liverpool.”

In an era before laptops, smartphones and Wi-Fi, the process of developing and printing a picture was a world away from the modern digital landscape where photo publishing is done at the tap of a button.

He notes: “We had an office at that time. There weren’t many people who could do it.

“If the newspapers sent their own photographer, they would need to process the film and get prints in an office. So they would either come to us or Mercury.

“And when they didn’t want to send a staff man they would ask us to cover the match. So I’ve been covering football for 30-odd years.”

The game initially accounted for only ‘15 to 20 per cent’ of the company’s business, with Liverpool among the country’s news hotbeds outside London.

But, as demand grew and later the Premier League boomed, John harboured ambitions of making football his bread and butter.

That dream became a reality when an official affiliation was agreed with LFC around 10 years ago. 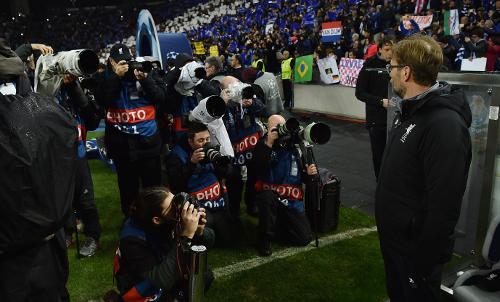 These days, the snapper does not dare estimate how many matches he has photographed in the past three decades. “Thousands and thousands,” is the most specific guess offered.

Where he can be accurate, however, is regarding his European away record with the Reds during the same period – and, in particular, the occasions he has missed: just two.

The first time happened by accident, he remembers with a grimace.

“I was working for Northpix and we had two games on,” begins the tale.

“We used to go to Europe for four or five papers. Normally, I went to Liverpool games and my partner, Phil, went to Everton.

“But I have a lot of Everton-supporting friends and they were going to Villarreal, so I said, ‘you go to Liverpool and I’ll cover the Villarreal game’. I did and had a great time.

“It wasn’t until afterwards that I came back and I realised I’d missed a game, the only one for 20-odd years. I missed another game because my passport was away and it didn’t come back in time. They’re the two games I’ve missed in 30-odd years.”

Of the thousands of players who have passed John’s lens during his career, he immediately names Kenny Dalglish and Gerrard as the greatest.

But it was a more recent incumbent of the famous Liverpool No.7 shirt – one Luis Suarez – whose skills were so mesmerising that he proved tricky to picture for even the most experienced camera handler. 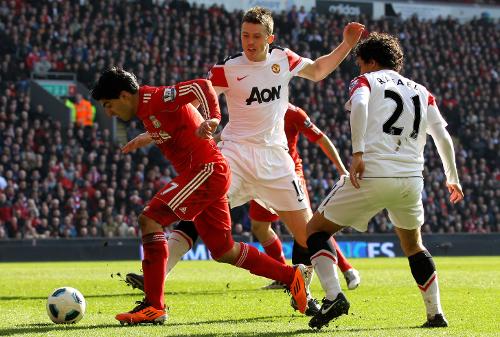 He explains: “When you’re really working close to it, when we first started taking pictures of him you would say, ‘what a jammy player!’

“He would run to the goalline and suddenly get past someone, shoot and score. You’d sometimes miss the goal picture because you’d go into the middle thinking it was impossible not to cross.

“Next thing, it’s a goal and you’re struggling to get the celebration shots! It got that way that you had to stay on him.

“He used to play off defender’s legs. It wasn’t a one-off – I’ve seen him do it so many times. He’d shimmy, knock the ball onto a leg and know where it’s coming off the leg and be there to get it. The defender stood no chance.”

The buzz of seeing his picture splashed across the back page of a paper, or adorning the homepage of a website, has never diminished.

“That’s why I’m still doing it,” John smiles. “I was driving into town once and I saw a billboard of a Steven celebration that I took. Who could not get a buzz? ‘That’s my picture!’”

But what makes him so proud to be doing it for Liverpool?

“I’ve supported them since I was a boy. My dad took me to Anfield when you could go in the Kop and walk right round the ground. You could walk to the other end to see them attack that end,” he replies.

“I was lucky enough through Northpix to photograph them all the time. And then, near the end of my career, I’ve been lucky enough to be employed by them for the last 10 years.

“Every time I wake up I get a buzz. There’s nothing better. I’m doing a job a lot of people would love to do – and I’m doing it for my own team.

“To do it for Liverpool, the best and your own team… silly question.”

We speak to various members of staff across the first-team, Academy and Ladies set-ups who dedicate their lives to the club each and every day, covering a variety of different roles that make a vital contribution in preparing the Reds for action.

Behind the Badge: The former pro who became LFC's psychologist