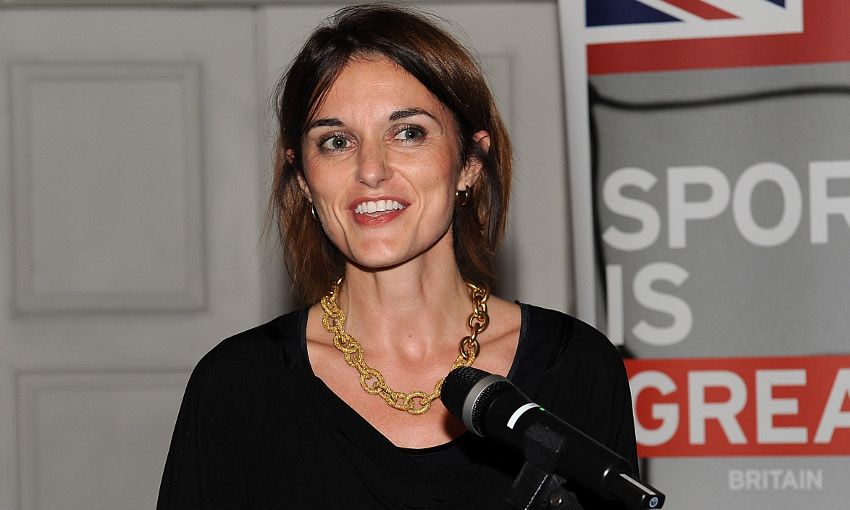 Behind the Badge: 'My dream? To play a small part in LFC winning a trophy'

It’s pretty obvious what will come out of Andrea Cooper’s mouth next. The Liverpool-raised head of the LFC Foundation is, unfortunately, a childhood Evertonian.

But, to be honest, it’s hard to hold it against someone who, over the course of an hour-long sitdown at the club’s Chapel Street headquarters, lifts the lid on a tireless commitment to making the lives of the less fortunate better.

Expanding on her upbringing in the south-end suburb of Mossley Hill, Andrea recalls: “My family is an Everton family and football was always a big part of my life growing up. Going to school in the 80s, when Liverpool and Everton were winning everything, all the conversation was always about football. It’s such an important part of growing up in Liverpool.”

That grounding in football - even if it was based on the other side of the red/blue divide - has proven vital for a person who now uses the sport and its unrivalled appeal in this city as a way of reaching out to the many children and young people helped by the Foundation. And she doesn’t think it would be like this anywhere else but her hometown.

“We’ve got huge social issues in Liverpool, especially for children and young people. You have one in three children in this city live in poverty and around the stadium in some schools it’s three in five children. But I also know having grown up here that the number one motivating factor for people in this city is football, which isn’t the case everywhere. In some cities, it wouldn’t be the currency.”

The numbers bear this out. Last year, the Foundation worked with over 20,000 people on its programmes, delivered 8,000 sessions and engaged over 150 schools. Things have certainly come a long way since the club’s official charity was established in 2010 in order to provide a clear strategy for the community work undertaken since 1987.

Cooper has played a huge role in that development since her appointment in 2014, which was the culmination of a career path that began in consumer goods before a desire to 'make a contribution to the world' took her into the charity sector. It was also the realisation of a goal that had been set out many years earlier.

She explains: “I always wanted to make a contribution to the world, and figured that the best way to do that was to be chief executive of a charity. I’ve got a notebook at my parents’ house in Mossley Hill where I’ve written that down – that was my vision. I was really driven in my 20s!”

The subsequent years have been busy, to say the least. In fact, just six months after arriving, Cooper oversaw the biggest charity event the club has ever seen – the remarkably successful All-Star game at Anfield. 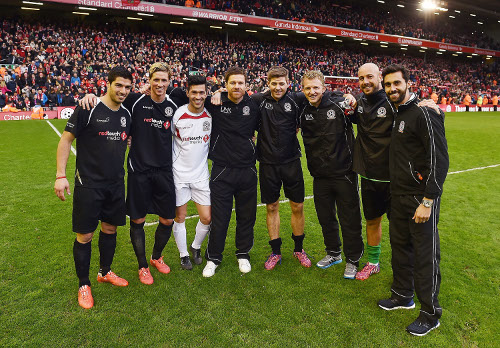 The likes of Luis Suarez, Fernando Torres, Xabi Alonso and Thierry Henry returned to the hallowed turf as £1m was raised in a manner that could arguably have only been achieved by a charity so closely tied to such an iconic football club. “That was only possible because of the fantastic contribution of colleagues around the club,” Andrea enthuses. “Here, you have this massive network of fans around the world. I’d only been in post a few months and that was a great way for me to realise the potential of the difference we could make. It was a massive highlight.”

Since then, the Foundation has caught the eye with events such as a charity auction offering up unforgettable experiences with first-team stars – including a Brazilian meal with Roberto Firmino, Philippe Coutinho and Lucas Leiva – and a legends friendly double-header against Real Madrid, with the return fixture at Anfield recently announced for March 25 this year.

But there are examples of less-heralded aspects of the Foundation’s work which are just as important. A strategic partnership with the Liverpool School of Tropical Medicine is under development – one of many joint-enterprise ventures involving the charity. The intention of the project is to help appeal to teenage boys in Africa and Asia who don’t want to take the health support available to them, and engage them through the use of football and the LFC brand. It is not just Liverpudlians who are looked after.

“Being an LFC fan is such an important identifier for people and, as a family, our fans feel motivated to act collectively on the social issues they care about. Fans have told us the social issue they care most about is children and young people – their health, their education and their employment. So, we can be really clear what our purpose is, which is transforming the lives of children and young people,” she says.

“We want fans not just raising money but taking action: Could you offer a work placement? Could you mentor a teenager who is transitioning from education to employment? Could you make sure a child is eating right? We can create a movement of LFC fans around the world who are taking action.” 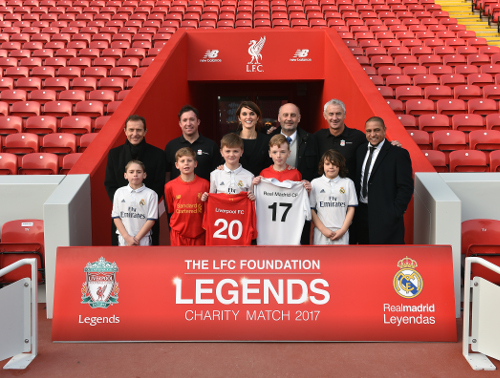 Of course, it doesn’t do any harm to have a charismatic figurehead such as Jürgen Klopp on hand to help along the way, either. Jürgen is always available to meet Andrea, and will often field ideas for her and the team to think about. Most recently, the German was the brains behind an auction that saw his pitchside outfit sold to the highest bidder in order to help raise funds.

“He knows that he’s an asset for us and can be a big help to us so we hope to do a lot more with him in the future. He’s got a big heart and at first he didn’t know a lot about the social issues in Liverpool, so when we told him about what we do he was interested in helping. He offers up ideas and will always give me his time – it’s not just lip service, he really believes in what we do.”

And, while Jurgen’s main concern on a day-to-day basis is securing success on the pitch, it is heartening to know he has an equally-driven counterpart looking to do the same in the community.