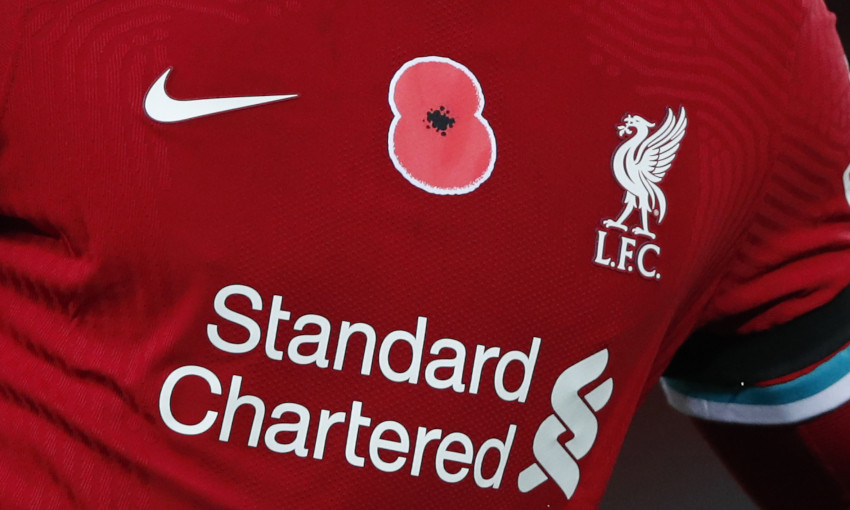 Poppy shirts from both Liverpool FC and Liverpool FC Women will soon be making their way to the Royal British Legion to support their annual appeal.

The special jerseys were worn by both sets of players to pay their respects at their Remembrance Day home matches against West Ham United at Anfield for the men and against Sheffield United at Prenton Park for the women.

All the players involved will sign their match shirts, which will be individually packed and sent off for auction to support the Poppy Appeal 2020.

An auction of the LFC men’s shirts raised £52,000 last year, a record-breaking amount for any club’s set of poppy day shirts, while this is the first year the LFC Women’s shirts will also be included in the auction.

Any fans wishing to view the shirts being auctioned can do so at https://matchwornshirt.com/club/liverpool/341 with the men’s already live and the women’s to follow shortly.

The work of the Royal British Legion is considered more vital than ever this year as it supports communities through the additional hardships caused by the COVID-19 pandemic, including those facing isolation, financial difficulties and unemployment, as well as those who have lost loved ones.