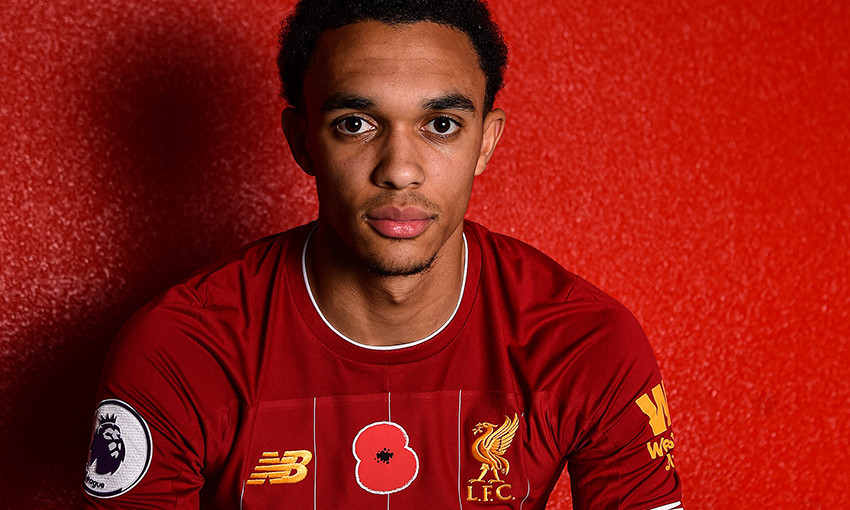 Liverpool will play in shirts embellished with poppies when they host Manchester City at Anfield on Remembrance Sunday.

The team will sign their jerseys, worn to commemorate those who have sacrificed themselves to secure and protect our freedom, after this weekend's match and donate them to the Royal British Legion for auction to raise funds for the Poppy Appeal.

Last year, the special edition shirts worn by the Reds during the fixture against Fulham raised £22,366 for the Royal British Legion.

To date, the auctioning of Premier League match-worn poppy shirts has helped to raise £1.6 million for the charity.

These vital funds help the organisation support today's generation of armed forces families and veterans, whether they are living with an injury or illness, coping with bereavement or finding employment.

Prior to kick-off, the teams will be led onto the pitch by Royal British Legion standard bearers Lyndsey Taggart and Eddie Flaherty, along with two service men from the Royal Navy - petty officer Michael T Bishop and leading hand Steve Haig, who will signal the minute's silence. 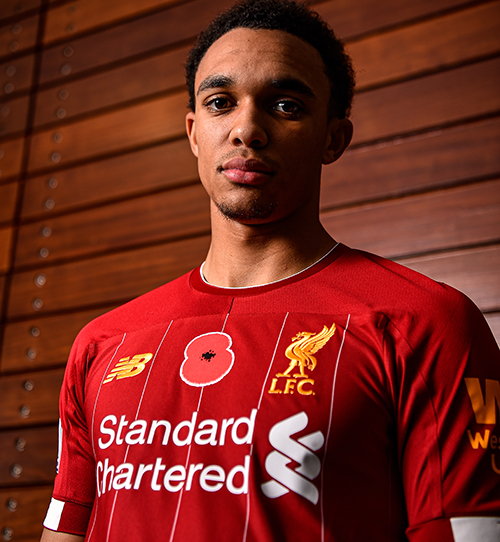 Petty officer Bishop said: “In the 80s, from a warship mid-Atlantic, the buzz and crackle of the BBC world service radio, a commentary from the 3pm game, with shipmates cramped around a tiny wall speaker, I would listen to my team.

"After 39 years and still in the Royal Navy by nature of my employment, getting to a game is often impossible but over the years through conflict and peace LFC was always with me, I never walked alone then and it’s still the same today.

"Let’s remember the fallen who never came back and the families they left behind, lest we forget. It’s a privilege to be in the club’s company this weekend.”

Claire Rowcliffe, director of fundraising at the Royal British Legion, added: “We are extremely grateful for the support the Premier League clubs and the football community show the Poppy Appeal every year.

“The Legion’s work is entirely dependent on the public’s generous support, so please wear your poppy with pride, knowing you have made a real difference to the lives of service men and women, veterans and their loved ones.”

The LFC Poppy Pin, which features the club crest and Royal British Legion Poppy, is on sale now in the LFC club stores at Anfield, Liverpool One and Williamson Square.

One hundred per cent of the proceeds raised from sale of the badge will go directly to the Royal British Legion.

To find out more about the Royal British Legion Premier League shirt auction and to register your interest, please visit premierleague.com/poppy