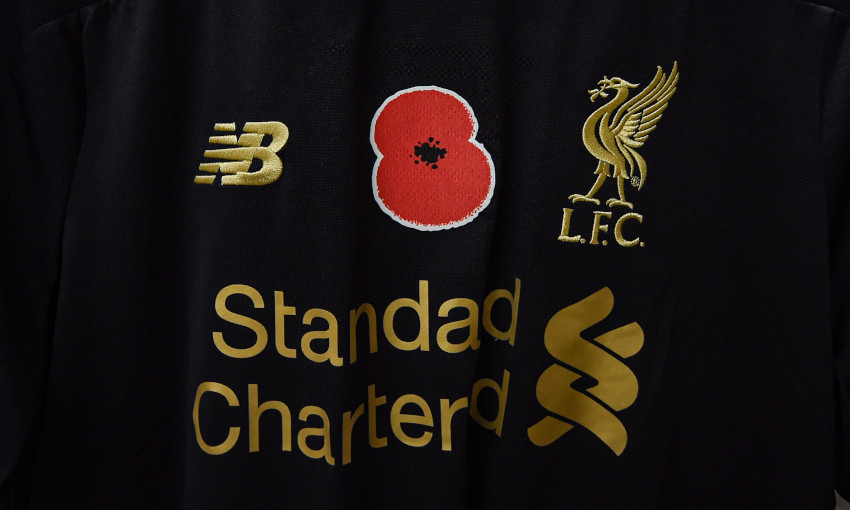 #MEETGINI at Melwood with the LFC Foundation Fundraising Sweepstake

Twenty commemorative Liverpool FC poppy jerseys specially produced for Remembrance Day have been put up for auction to raise funds for the Royal British Legion.

The shirts – worn by the Reds during their home win over Manchester City in November – have each been signed and are now available for fans to bid on via an online auction.

The team wore the special jerseys on Remembrance Sunday to commemorate those who have sacrificed themselves to secure and protect our freedom, and all monies raised from the auction will go to the Poppy Appeal.

Last year, the special edition shirts worn by the Reds during the fixture against Fulham raised £22,366 for the Royal British Legion and the auctioning of Premier League match-worn poppy shirts has to date helped to raise £1.6 million for the charity.

These vital funds help the organisation support today’s generation of armed forces families and veterans, whether they are living with an injury or illness, coping with bereavement or finding employment.

Fans can bid online here, with the auction due to finish on December 19.