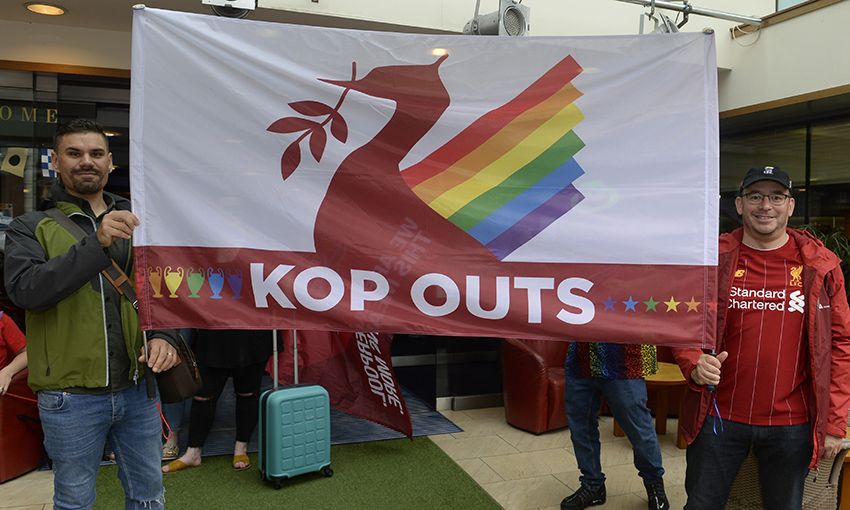 Ahead of this weekend's virtual Pride in Liverpool 2020 festivities, we caught up with Paul Amann of Kop Outs - an LGBT+ fan group for LFC supporters - to talk about the group's plans and ongoing work.

Paul, for those fans who are unaware of Kop Outs can you tell us a bit more about it?

Kop Outs was launched in 2016, it was actually at Pride that year, with the backing of Liverpool Football Club and many other fan groups who all recognised the importance and need for an LGBT+ fan group for LFC.

Why is it important to have a specific LGBT+ fan group like Kop Outs?

It’s essential for the LGBT+ community to have a voice and to work closely with the club. It is also important that we have space as fans to come together to feel safe and make sure that we can all enjoy the game together. It also allows us to plan our activities and engage with the wider fan base through other supporters’ groups with a cohesive voice to help educate, to a degree, our fellow fans about the importance of our issues and why it is that we as LGBT+ fans can sometimes be left feeling unsafe or left behind. It’s my belief that no Liverpool fan would ever want to see a fellow fan feeling unsafe or left behind.

Do you have strong links with other big LFC fan groups?

Yes, the support and respect we have been shown is really heartening from other big fan groups such as Spirit of Shankly and The Anfield Wrap and many more. All of them have been terrific and especially during the lockdown. Recently, we have worked with Peter Carney at Soccer in the City and LFC to ensure that our Kop Outs banner was included in the fantastic Kop display alongside so many other fan groups, ensuring that LGBT+ fans are represented and included. Seeing the banner up there, even when we can’t be there in person, really, really was tremendously meaningful and makes us feel a part of the wider fan base. 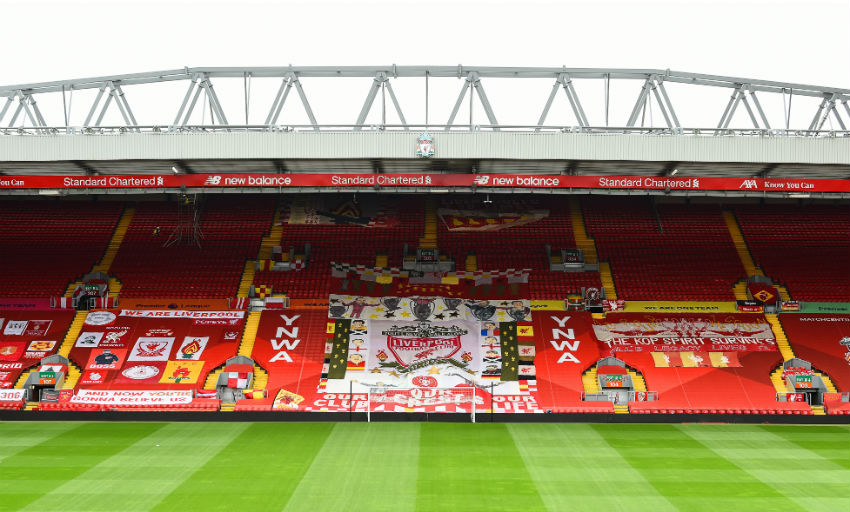 Do you offer support to fans if they reach out for help?

We get fans contacting us fairly regularly asking us about what it might be like as an out LGBT+ fan to go to the game or is there a chance to come and meet other LGBT+ fans to enjoy the game. For those fans it’s about them being able to be their true authentic selves whilst supporting the club that they love, and for some LGBT+ fans, in particular some transgender fans, may have a high level of anxiety about attending games as themselves in front of many thousands of other fans. When fans do reach out to us, we always offer reassurance and support where we can. Whether that is attending games with them or reaching out to the club to inform them of the situation, we will aim to ensure that they feel safe and can enjoy the game and have the same matchday experience as everyone else. I have to say that LFC is very responsive and provides support where needed to ensure that LGBT+ fans have a positive experience and enjoy their time at Anfield. Whether that’s informing local stewards of where any anxious fans may be seated to providing additional support, if required.

These sort of measures have ensured that several LGBT+ fans, that I’m personally aware of, have felt comfortable and safe to come to Anfield. They’ve really enjoyed the experience and they continue to come back again and again because they began to feel that ‘You’ll Never Walk Alone’ is not just for the mainstream fan groups and fans it’s actually part of the ethos for every fan of Liverpool Football Club.

We know that you will be joining the club and many other people and organisations across the city this weekend in LCR Pride Foundation’s virtual march, but what other events and activities does Kop Outs stage and support throughout the year?

Kop Outs works closely with other LGBT+ organisations across the city region as well as LGBT+ fan groups across the country, which ensures that we are engaging with a wider LGBT+ community and have a variety of events and activities to both share and support our members. Whether it’s a pre-match drinks (pre-COVID-19) social or a film event, there is always lots on offer to make sure the LGBT+ community can come together, feel safe and hopefully help enhance their well-being and the ability to enjoy their lives. We are also aiming in the next two years to further grow and develop Kop Outs and do a bit of fundraising for other LGBT+ charities such as the Michael Causer Foundation. 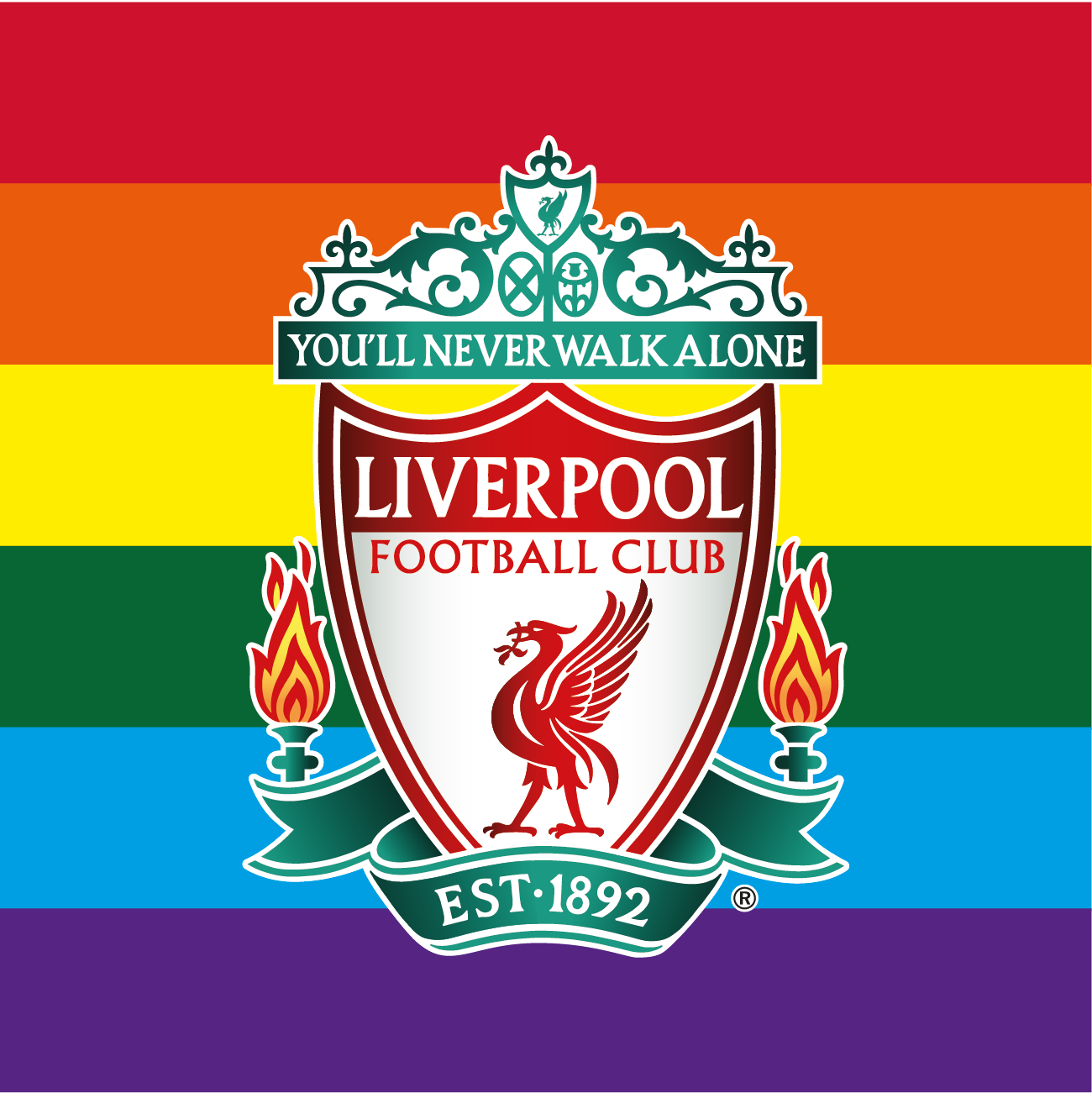 Other than the virtual march, how else will you be celebrating Pride in Liverpool this weekend with the Kop Outs?

There will be lots of Zoom calls this weekend with family and friends no doubt to celebrate Pride together and project positivity. It’s my 10-year anniversary of meeting my husband, who is also a big Red, so what better way to mark this than with Pride festivities in the city - albeit virtually - and the wider celebrations of the LGBT+ community. I’m already looking forward to next year’s march, so we can all be together and march side by side. Last year I was absolutely delighted with LFC’s participation and the fact that so many staff members brought their families along and to see a growing number of LGBT+ staff too with their partners and families was really positive. It speaks volumes about the environment that LFC have created that staff members who are LGBT+ feel confident, proud and happy to come along and take part.

If fans would like more information or to join Kop Outs, how do they get in touch?

You can find us on Twitter and Facebook and there is also an option to sign up to receive Kop Outs emails. We really want more people involved so we can develop more activities and have many more LGBT+ voices as we move forward.