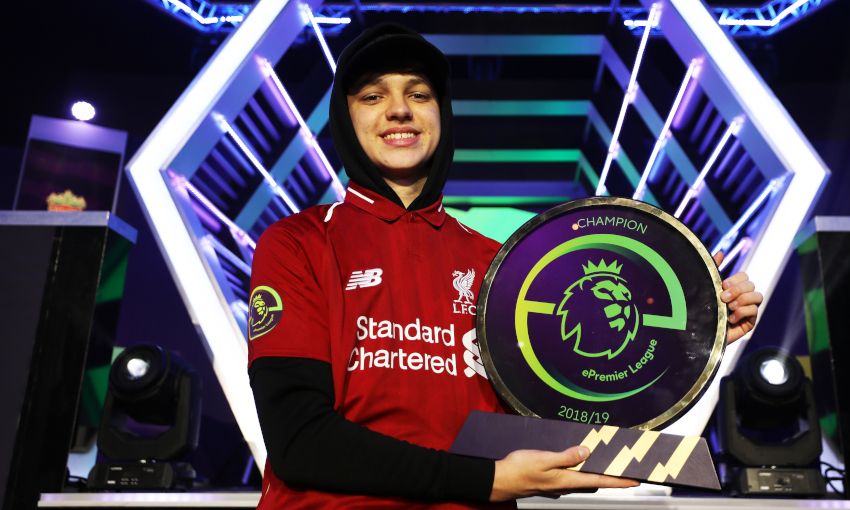 There was a triumph for Liverpool at the inaugural ePremier League finals as F2Tekkz saw off his Manchester United rival 6-2 in the Grand Final to claim the trophy.

The Reds representative, real name Donovan Hunt, was victorious in the Xbox route of the tournament courtesy of an extra-time defeat of Fulham by the odd goal in seven.

And Hunt, who goes by the tag F2Tekkz, sealed overall glory in the maiden ePremier League competition with a comprehensive win in the ultimate match.

He raced into a 4-1 lead in the final’s first leg, competed on PlayStation, and consolidated that advantage in the Xbox return fixture to win 6-2 on aggregate.

“This is my favourite one, to be honest,” said Hunt of his latest victory. “A lot of aspects came into it, representing Liverpool is the main one.

“I came into the tournament so nervous, I started awful, but I eased into it throughout the days and now I’m champion.”